Identi W cation. This species of Didogobius was described and illustrated in detail by Van Tassell (1988) from Gran Canaria, and a key to three Didogobius species provided by Miller (1992). Since then a further Mediterranean species, D. splechtnai , has been published ( Ahnelt and Patzner, 1995). The present material, with LL 36±37, P 18±19, and characteristic coloration (®gures 1A,B), is identi®able as

D. kochi , using the amended key of Ahnelt and Patzner (1995). The most anterior vertical dark band is especially marked in these juvenile individuals and remains obvious when other coloration is much paler (®gure 1B).

Biology. Recorded from the Canaries and now the Cape Verdes, as above and also at SaÄo Antao. The present material was collected at 11±14 m, on a substratum of coralline algae, sand, stones and rocks. Van Tassell (1988) noted that the typical habitat in the Canaries was characterized by rocky outcrops separated by large sandy areas, the holotype being collected from a deep crevice at 15 m. Subsequently, this species has been found at the Canaries in depths from 6±30 m ( Brito, 1991). Maximum standard length is 40±45 mm (Van Tassell, 1988) . 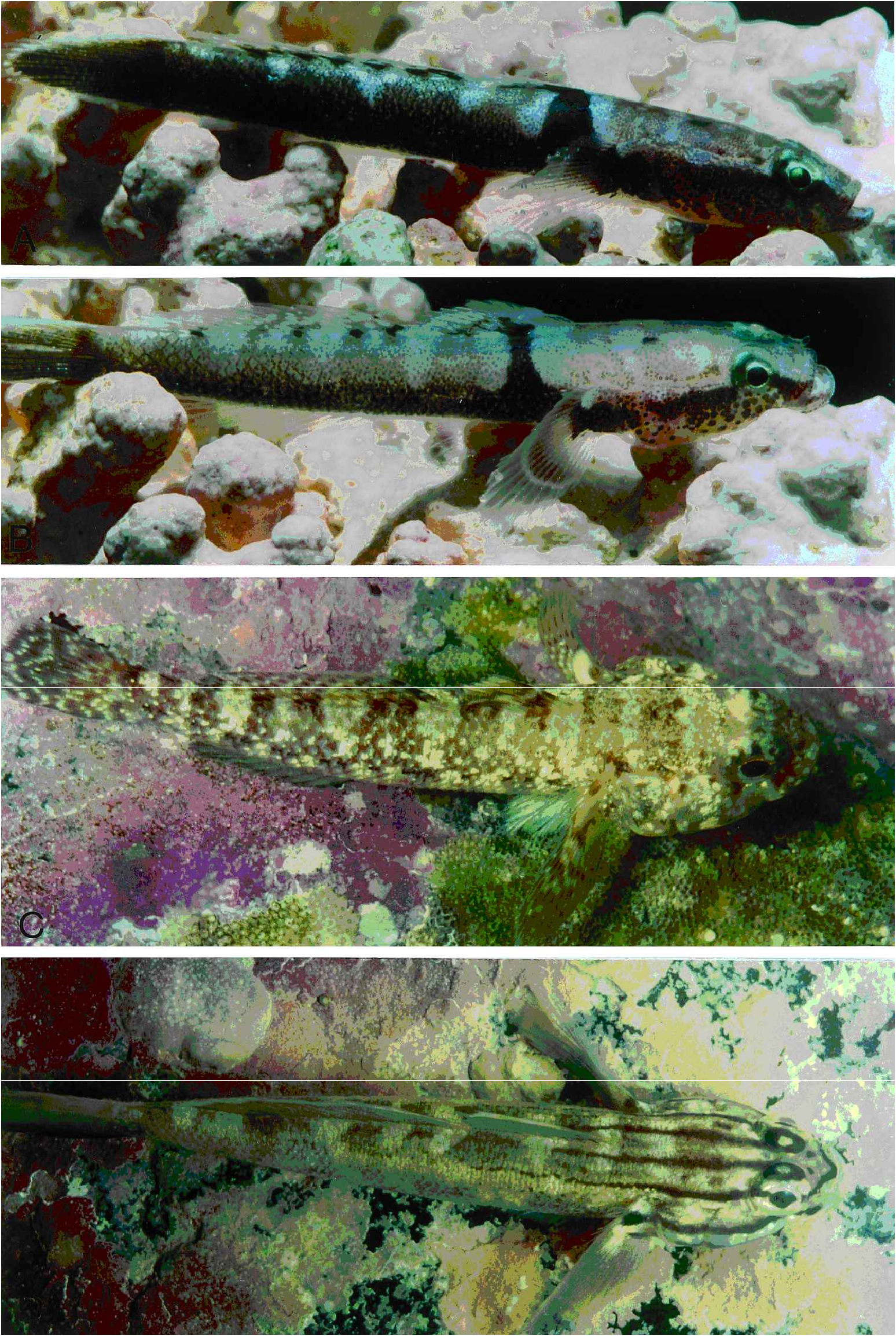