Pronotum centrally and longitudinally carinate-granulate; with 3 transverse bands: the first one at base, centrally narrow, distinctly enlarged laterally; the second slightly behind middle, moderately straight centrally, laterally curved forward, with distinct projection toward base at base of the curvature, and another projection forward about middle of curvature; the third close to the anterior edge, distinctly enlarged laterally. Pronotal bands fused on lateral of prothorax, forming large area of pubescence that reaches about middle of procoxae; area between middle of procoxae with sparser pubescence, mixed by long, moderately abundant, yellowish setae. Mesosternum, mesepisterna, mesepimera, metasternum, and metepisterna with white-yellowish pubescence, denser on outer side of mesepisterna and metepisterna. Scutellum covered with dense white-yellowish pubescence. Each elytron with distinct band of white-yellowish pubescence, starting laterally close to humerus, following dorsally close to anterior edge, encompassing lateral of scutellum, down along the suture up to base of distal third, then oblique toward lateral up to about distal fifth, not reaching the epipleura, and then rising obliquely to find the band at side of scutellum; apex obliquely truncate, with small projection at outer and sutural angles, and narrow band of white-yellowish pubescence.

Cotyclytus arriagadai   can be included in the alternative of couplet “3”, from Martins and Galileo (2011) (translated):

Etymology. Cotyclytus arriagadai   is named for Gerardo Arriagada, for his collaboration by sending specimens for study. 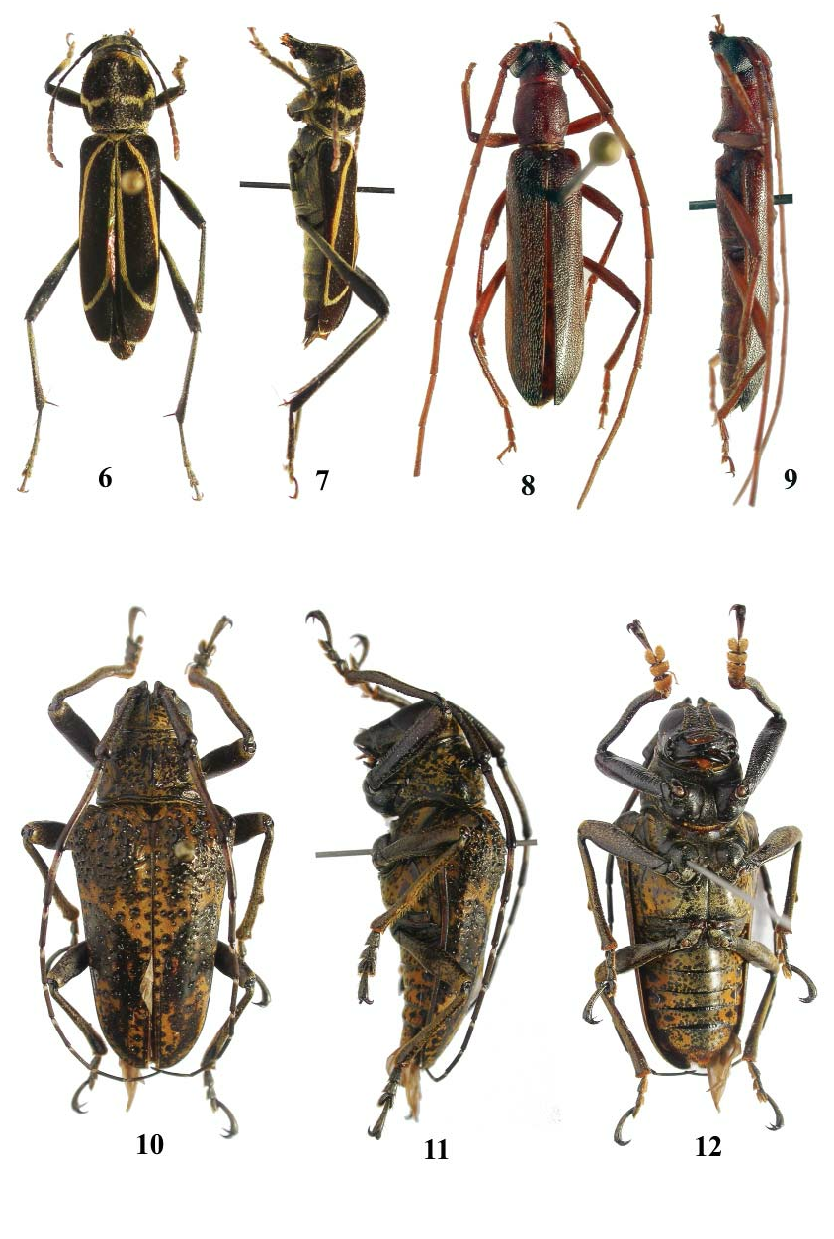