Remarks: A possible synapomorphy is very probably represented by the conspicuously elongated and pointed cerci. This conclusion is also supported by the similarity of other parts of the male terminalia. P. vitalisi is based on the female holotype only but apparently it is closely related to P. erectus though the colour of the head parts is only insufficiently described by Brunetti (1927).

This species group was known as the tenebrifer group (see Rozkošný & Kovac 2000). However, recently the junior author received a photo ( Fig. 51 View FIGURES 50 – 51 ) of the male syntype of Musca japonica Thunberg, 1789 in perfect condition, which is deposited in UUZM. According to the original description this specimen is characterised as “M. antennis setariis nigra, abdomine clavato basi pellucido. Habitat in Japonia “ and there is no doubt that it is identical with the syntypic females of P. tenebrifer ( Walker, 1849) (cf. Rozkošný & Kovac 2000). 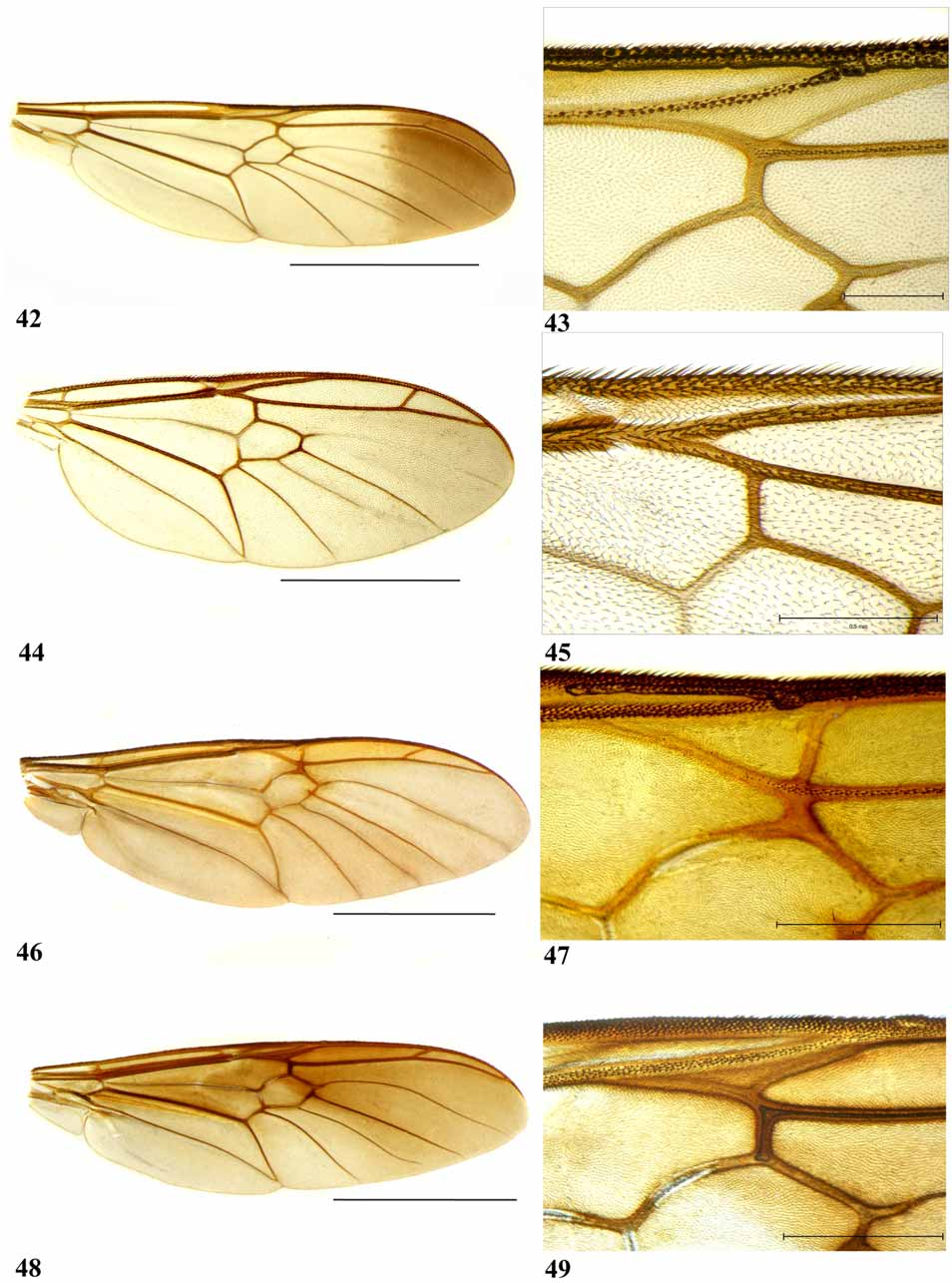 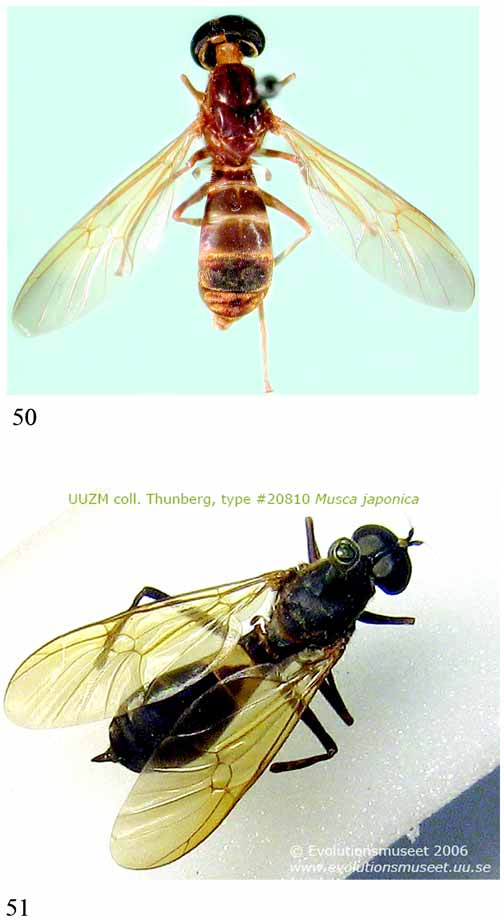