Remarks: The wing venation is of a plesiomorphic type and the very characteristic, roof-like (i.e. ventrally deeply concave) proctiger represents a distinct synapomorphy of this group. No distinguishing structures were found in the male terminalia of P. aurifer , P. aurobrunneus and P. melanurus . Whereas P. aurobrunneus can be separated at least by the almost uniformly darkened wing membrane, the rest of the species are characterised by the bicoloured wings. They are currently distinguished only by extremely variable colour characters (essentially by the different extent of the wing, hind leg and abdomen darkening). The actual identity of these species needs a further detailed study with respect to their very large distributional area.

P. wulpii , which was included in the last version of the identification key ( Rozkošný & Kovac 2003), was proposed by Brunetti (1923) as a new name for P. apicalis Wulp, 1885 being reportedly preoccupied by P. apicalis Loew, 1855 . Brunetti (l.c.) stated that P. wulpii “is easily recognised by the black 5 th and 6 th abdominal segments in conjuction with the all orange genitalia“ whereas P. melanurus has the abdominal tip beginning from the 5 th segment completely black. However, we stated that this character is largely variable and examined the types of both species under discussion. We found that P. apicalis Wulp (3 syntypic males from Sumatra and Borneo, deposited in RMNH) and P. apicalis Loew (male syntype from „ Pulo Penang“, Malaysia, deposited in ZMHB) are actually conspecific and both identical with the lectotype of P. melanurus ( Walker, 1848) (in BMNH, cf. Rozkošný 2002). P. wulpii is thus a new synonym of P. melanurus syn. nov.

The male holotype of P. okinawae James, 1950 from Japan (Okinawa, Chizuka; deposited in CAS) was examined (cf. Fig. 50 View FIGURES 50 – 51 ) and it was concluded that this specimen agrees with the concept of P. aurifer . The metallic bluish reflections mentioned by James are barely discernable and can also be found in other specimens of P. aurifer . This synonymy was already suspected by Nagatomi (1975).

A comparison of recently collected specimens of P. kerteszi from Laos and Thailand with the description and figures of P. zhejiangensis Yang & Yang, 1995 , resulted in the conclusion that both species are identical. Consequently, P. zhejiangensis Yang & Yang, 1995 from the Zhejijang Province in SE China is a syn. nov. of P. kerteszi de Meijere, 1924 . 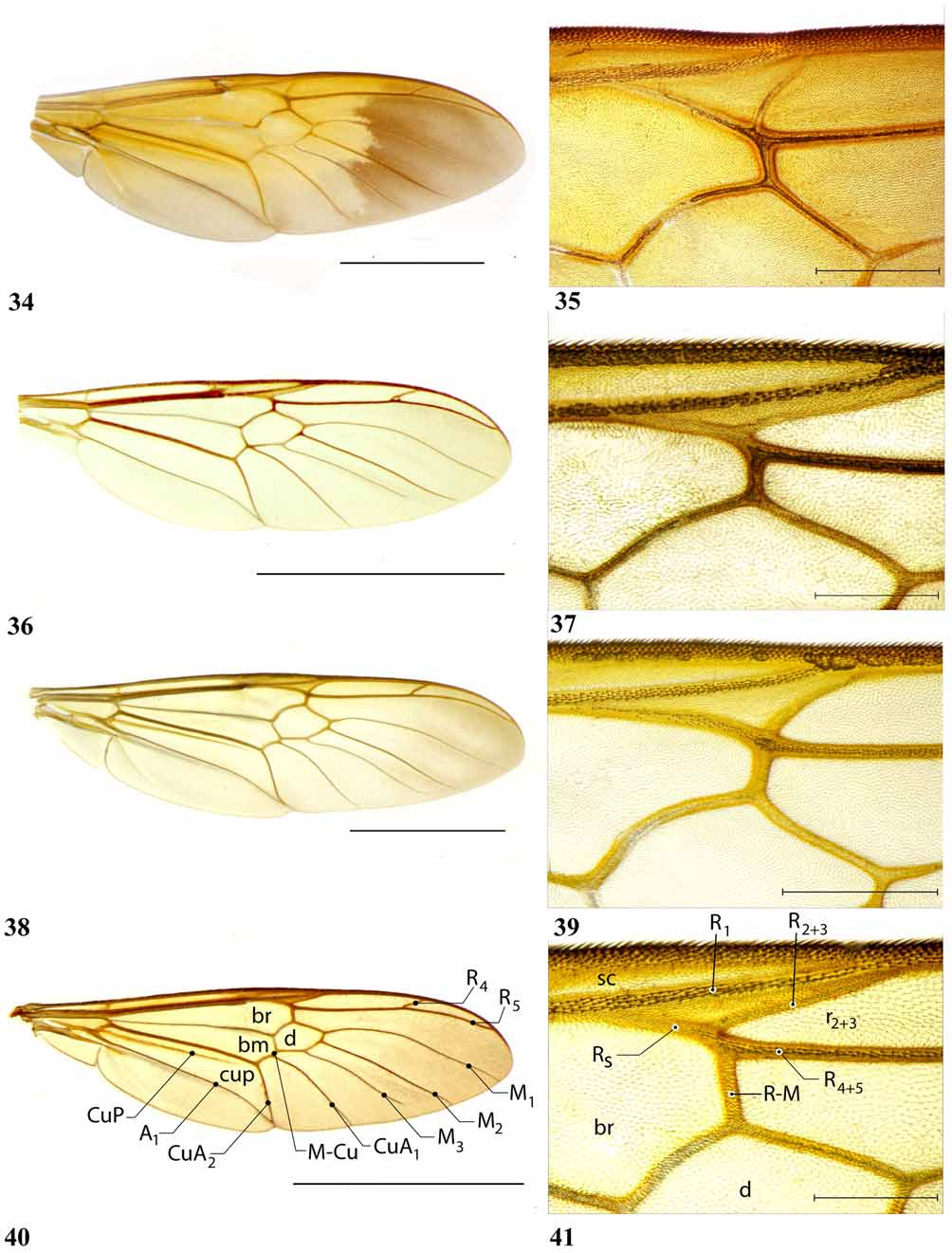