Etymology. The specific name refers to to the gracile general appearance and the bright colour combination consisting of yellow and black with a bluish metallic shade on the thorax.

Diagnosis. The frons and vertex are black, the thorax is metallic blue with a yellow pattern. Vein M 3 is sinuate, the legs are yellow, the mid tibia partly and the hind tibia completely black. The abdomen is transversely banded.

Female terminalia ( Figs 25–27 View FIGURES 25 – 27 ) with relatively long cerci, basal segment of them being about twice as long as apical one. Proctiger conspicuously emarginated on ventral surface. Tergite 9 replaced by a lateral, relatively broad remnant on each side. Genital furca with frame not too broad, middle aperture opened, posterolateral appendages pointed.

Remarks. P. elegans sp. nov. shows a remarkable combination of specific characters indicating different species groups. The ventral darkening of frontal callus resembles P. vulpianus ( Enderlein, 1914) from the australis group but the wing venation signals a relation to a different species group. Although the male of this new species is not known, the pigmented postcubitus (CuP) and the sinutae vein M 3 confirm some relation to the species of the cingulatus group. 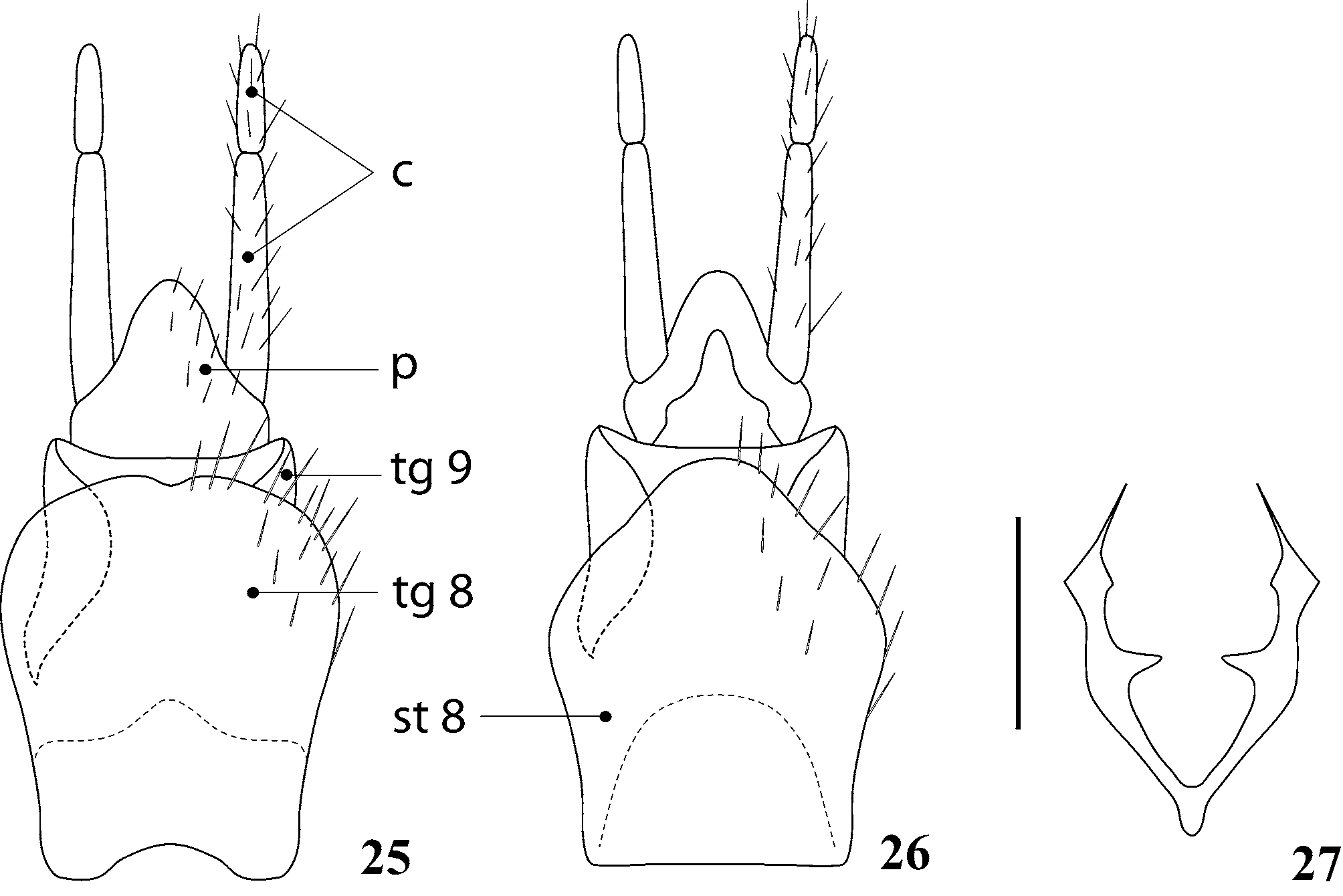