Etymology. The species is named in honour of the well-known Mexican entomologist and my friend, expert in molecular taxonomy of Braconidae, Alejandro Zaldívar Riverón (UNAM)   .

Comparison. The new species belongs to the concolor   species-complex as it lacks median notch in the occiput and has a strong transverse ridge across the clypeus ( Fig. 18 View FIGURES 16–19 ). Within this species-complex, N. zaldivari   sp. nov. is most similar to N. concolor   but differs from this species in colour pattern of hind leg ( Fig. 19 View FIGURES 16–19 ). 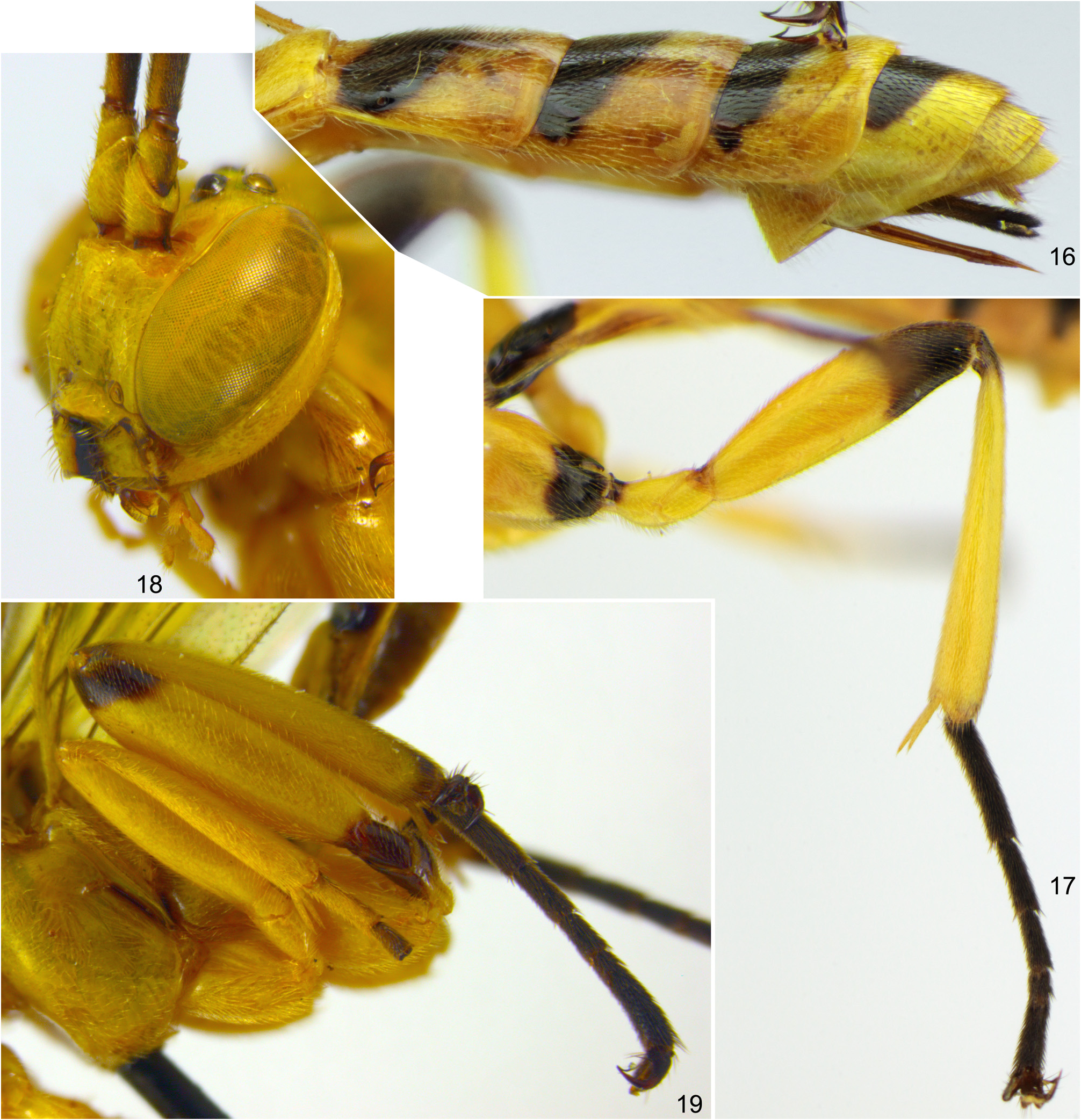