Elytra: Base of elytra as broad as pronotal base; lateral margins of elytra subparallel in basal two thirds, curved in apical third. Eleven longitudinal discal striae present on each elytron: stria 1 short, beginning at a fourth of elytral length and ending approximately before apical fifth of elytral length; striae 2 and 3 absent at base; striae 4-6 beginning at base; stria 7 fragmented basally; stria 8 complete; stria 9 absent at base and ending at apical fifth of elytra; stria 10 fragmented into several small strioles, hardly perceptible; stria 11 fragmented apically; all odd striae generally shortened apically. Submarginal stria absent. Surface reticulation similar to that of head and pronotum, meshes slightly smaller and less impressed. Punctation double, consisting of row of coarse setigerous punctures along elytral striae 4, 6, 8 and along lateral margin of elytra, and very fine sparsely distributed punctures.

Female. Identical to male in habitus. Pro- and mesotarsomeres not broadened, without adhesive setae.

The specimens of the type series vary in extent of the basal testaceous band on elytra. There is also a variation in number and position of longitudinal strioles on pronotum. The highest variability is however, in elytral striation: from complete eleven striae to largely fragmented striae 1, 2, 4, 6, 7, 9, 10; in rare case, stria 1 completely absent; in several specimens, submarginal stria (or several short striae) present at the level of apical fifth of elytral length, sometimes only on one side.

Based on the presence of 11 dorsal elytral striae and absence of submarginal stria, the new species can be classified within C. nigrolineatus   species group. This group contain worldwide only five species: two in Neotropics, one in southern China, one in India, and one species in Australia ( Nilsson and Hájek 2020). On the other hand, presence of a submarginal stria in some specimens indicates affiliation of the new species to the C. trilobatus   species group. The C. trilobatus   species group includes up to now 24 species occurring in tropics of all continents; two species of the group are occurring in the Papua New Guinea, one species in Fiji, and three species are known from Australia ( Nilsson and Hájek 2020).

The new species is named after Barana Village, in the vicinity of which the new species was collected. In this way, the first author would like to thank the people of Barana for their company and help with collecting during the 2013 trip. The specific epithet is an adjective in the nominative singular.

The species is known so far only from the small area around Barana Village, south from Honiara City, northern Guadalcanal   . 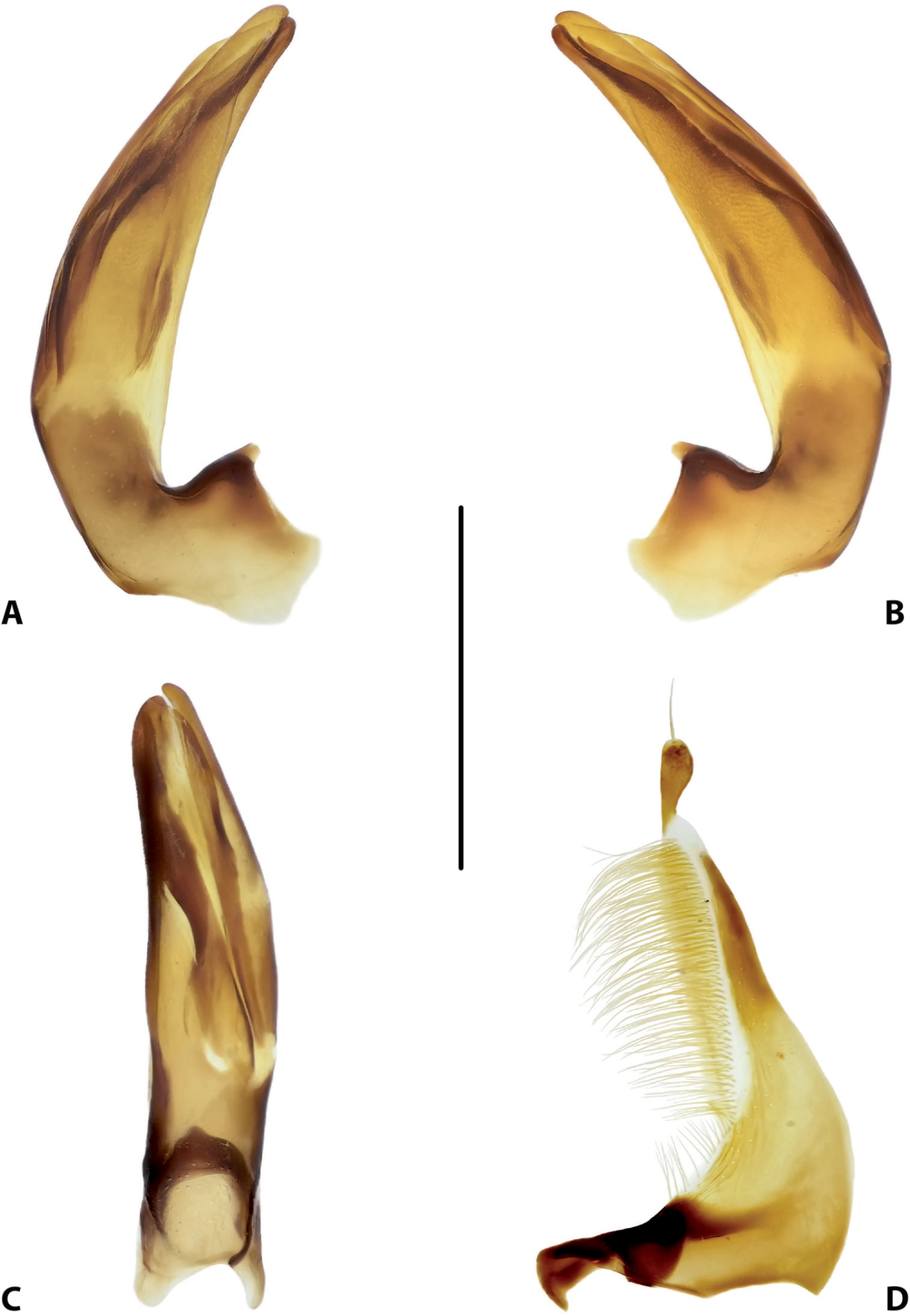 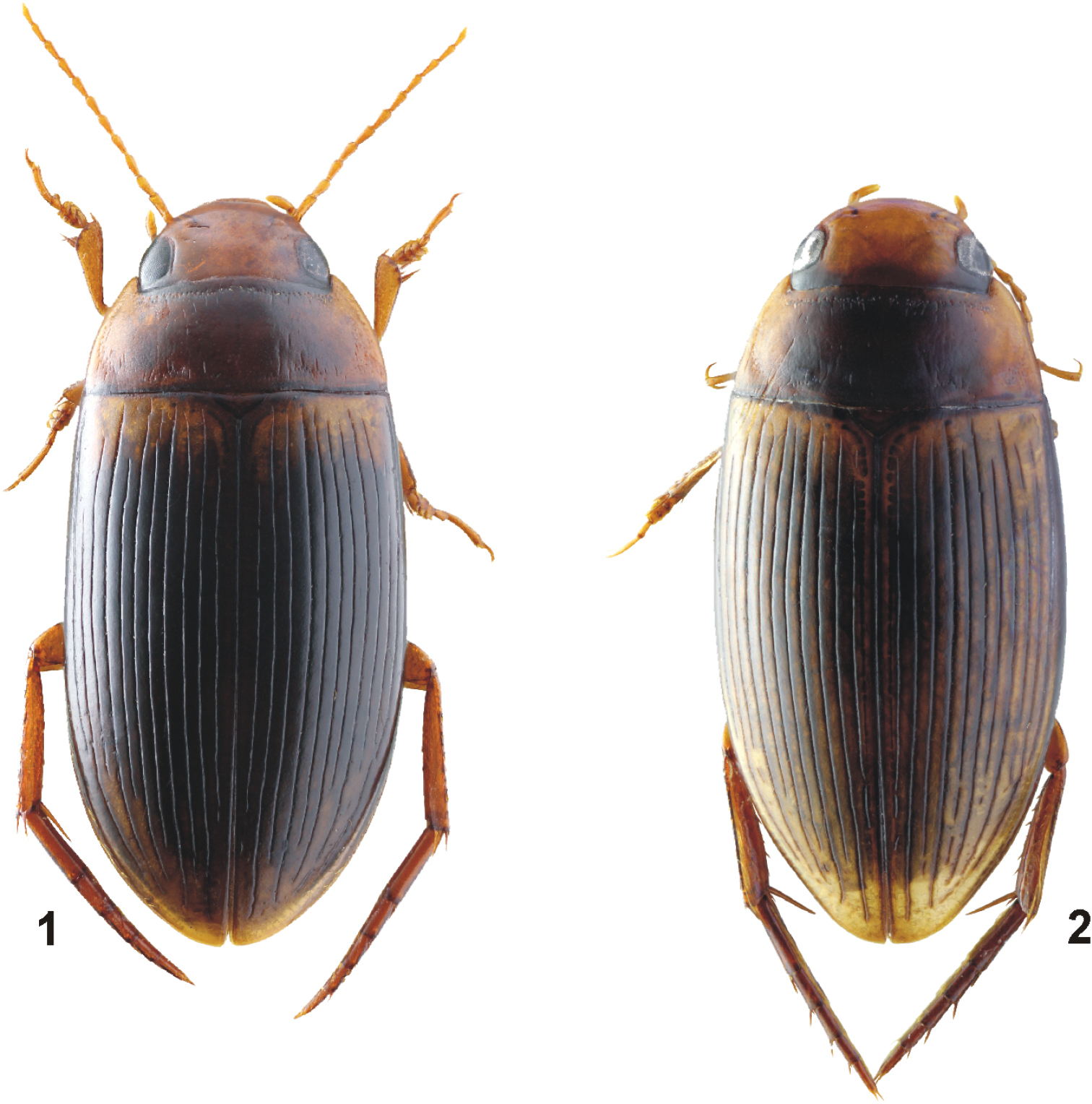 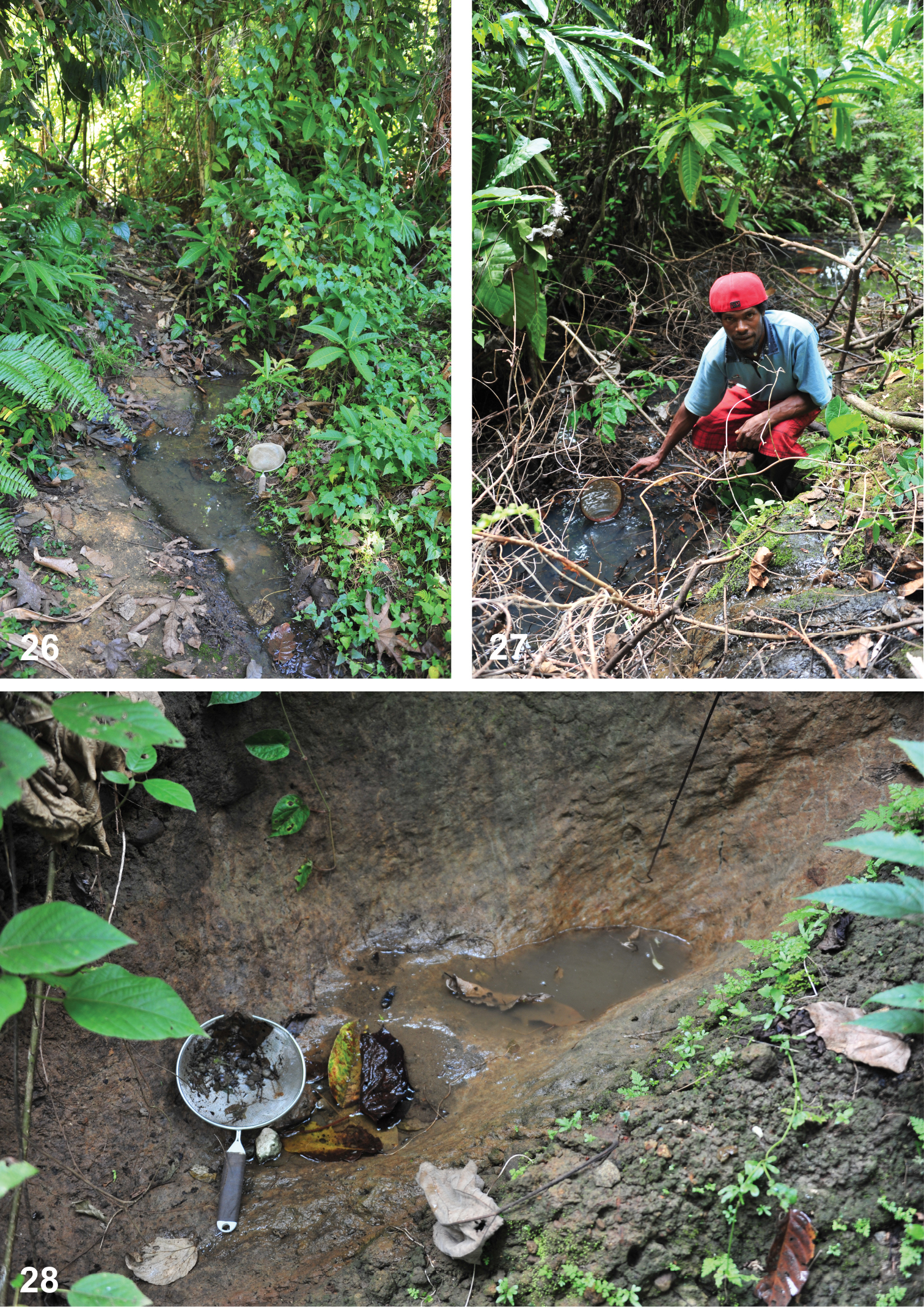 Figures 26 - 28. Habitats of Copelatus in Guadalcanal 26 temporary forest stream near Barana village 27 shaded pool on the same stream 28 small temporary puddles in a gorge along the road from Barana to Lungga river.