Etymology. The specific name refers to the type locality.

Remarks. This species differs significantly from the other species on Hainan island, B. macropyga   , in the hypandrium not forming a large keel and in the coloration of wings (light brown with obviously white net-like lines). The shape of the male genitalia of this species differs from that of other species of Chinese Blepharicera   in the shape of the epandrium (posterior margin round) and cercus (narrow bridge separating two lobes). In other known species, both cercal lobes are near to each other ( Kitakami 1937, 1950; Zwick 1990). 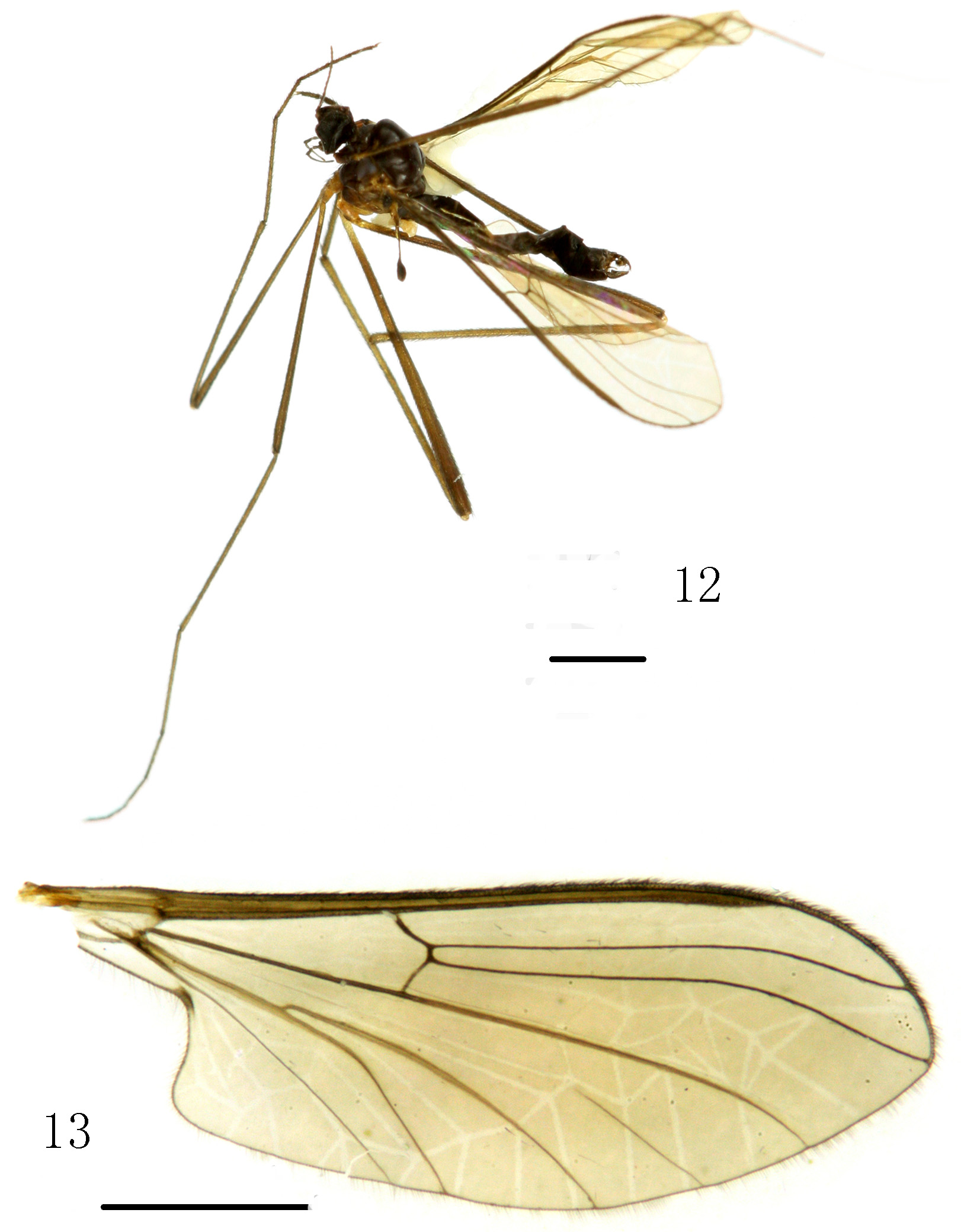