Specific epithet. The specific epithet is a Latinized adjective in the masculine form and is derived from the Latin adjective constrictus meaning "contracted, compressed" and the Latin noun collum meaning “neck, stem”. The epithet refers to the shape of strongly constricted pronotum of the new species.

Recognition. Adults of this species ( Fig. 5View FIGURE 5 B) are practically indistinguishable from the adults of P. prominens  and P. aldermensis  , described above, and males of P. constricticollis  are distinguished from the males of the latter and other congeners by the structure of the median lobe.

Way of life. This species has been found in soil and litter of kauri ( Agathis australis (D. Don) Loudon  ) forest.

Relationships. The rounded tip of the median lobe of males resembles that of P. m o ore i, described below. Pelodiaetodes constricticollis  differs from that species in being larger and darker in color. 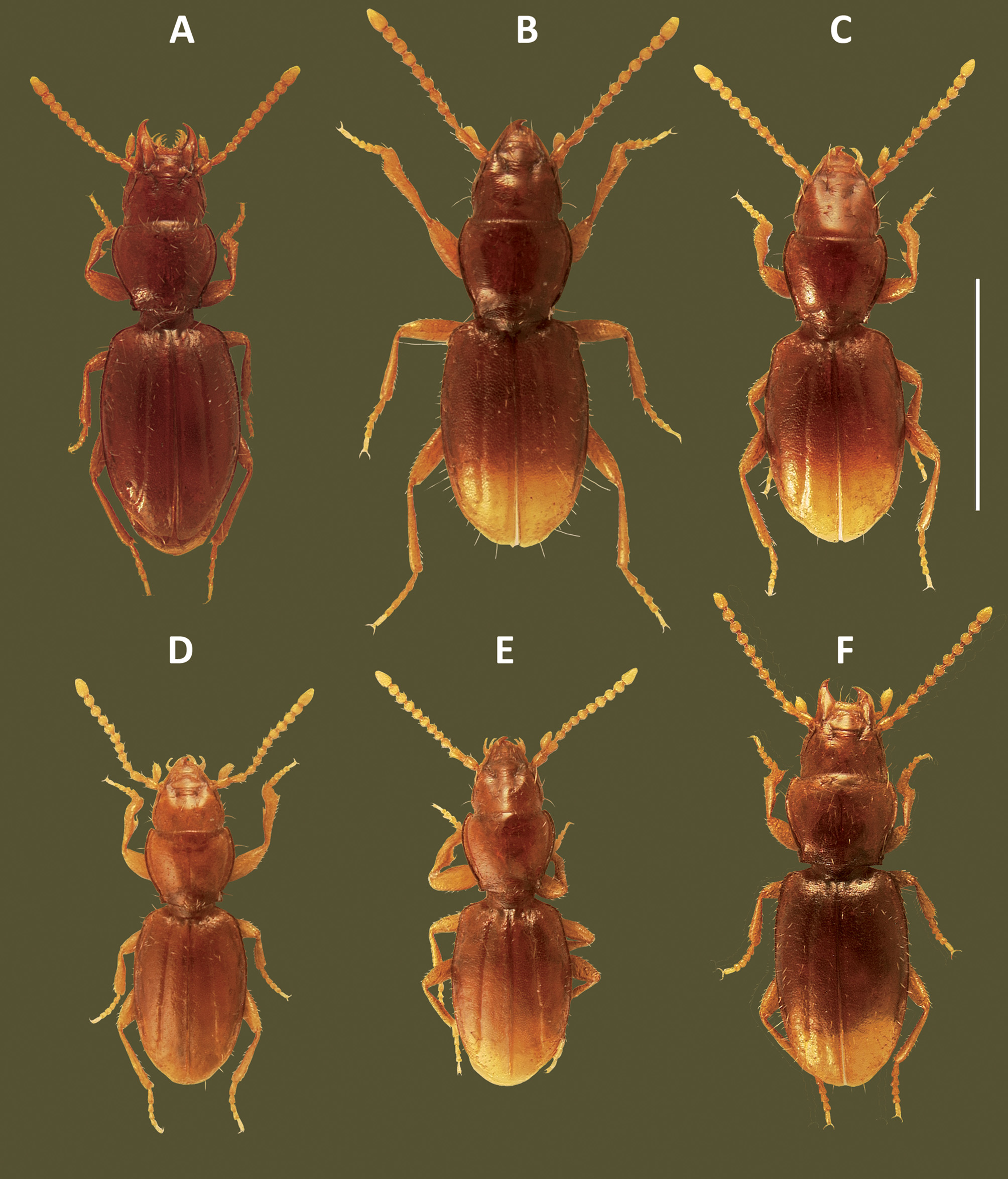 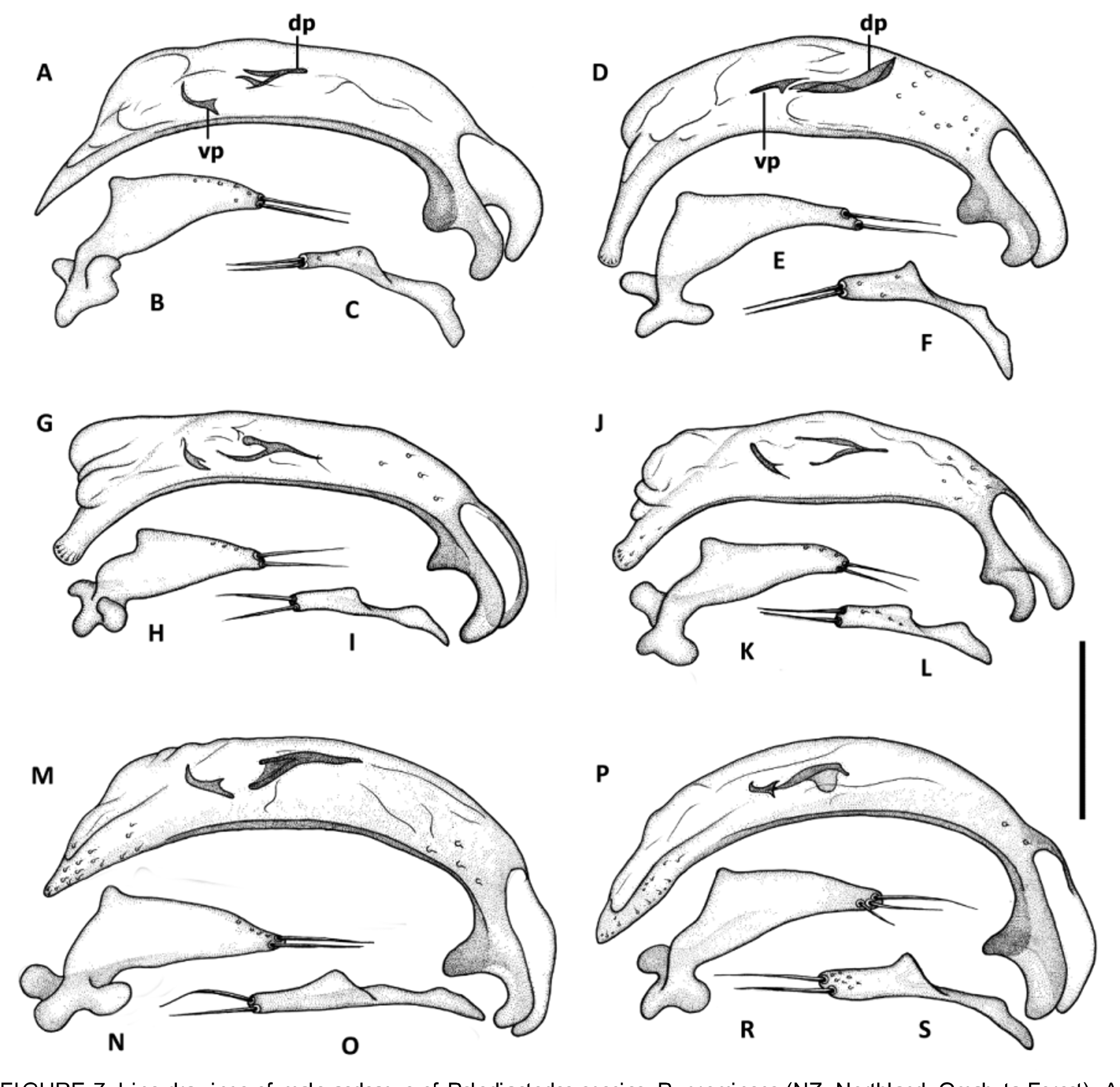