Holotype female: Length 3.20 mm long, width 1.70 mm; ovate, robust, truncate and narrowly impressed in front ( Fig. 8 View FIGURES 1 – 10. 1 ), nearly flat above and shallowly convex below when viewed from side; above black with reddish-coppery reflections, elytra strongly shining in broad, nearly glabrous oval along suture behind and including scutellum; pronotum and elytra otherwise densely and nearly uniformly covered with silvery setae, dark glabrous spot ringed by band of denser setae, small oval patches of orange setae on either side of suture in middle of glabrous spot; beneath black, uniformly, inconspicuously setose, more densely so on abdominal ventrites.

Discussion: Brachys exquisitus   is very unusual among North and Central American Brachys   in lacking posthumeral carinae on the elytra and in the pattern of setae. Only B. elegans Fisher   and B. simplex Waterhouse   lack the carinae, and two related but undescribed species from Hidalgo in México and from Costa Rica lack carinae and also share similar patterns of setae. Brachys exquisitus   differs from the species from Hidalgo and Costa Rica in being more robust, having the dark glabrous spot ringed by a band of denser setae, and possessing patches of orange setae in the dark spot. Superficially the species somewhat resembles Hylaeogena cincta (Waterhouse)   and other species of Hylaeogena   and Pachyschelus   that may, in turn, be mimicking members of the Coccinellidae   (Hespenheide, in preparation), although there is no obvious model in the case of B. exquisitus   . The three paratypes, also females, measure 2.85–3.20 mm in length. The specimen from Ajuchitlán is proportionately slightly narrower than the other three specimens.

Etymology: The name refers to the unusual and charming color pattern. 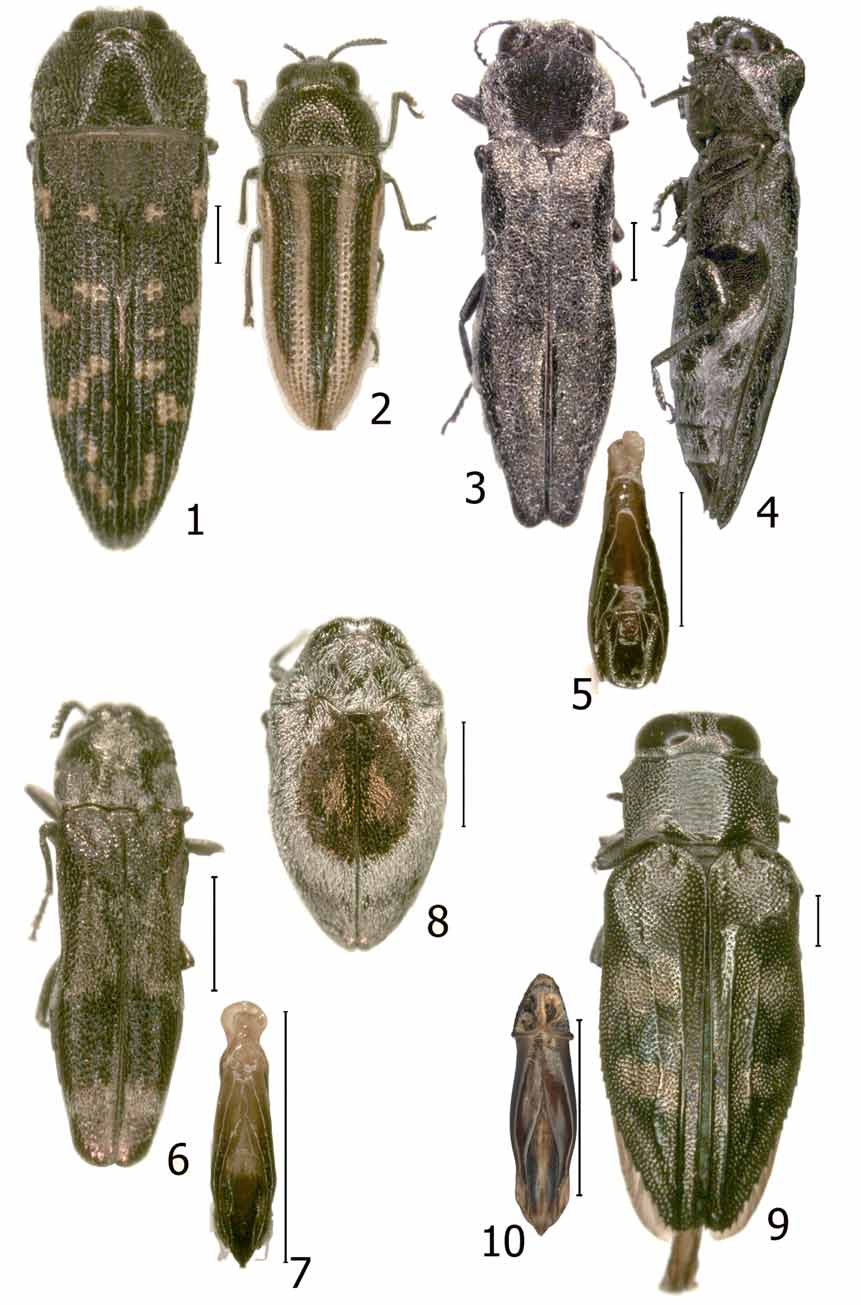