Diagnosis. A member of the Dacnini   with prominent anterior pronotal margin and narrow tetramerous tarsi. Echinothallis   is distinguished from other genera by the coarsely facetted eyes, elongate, somewhat parallel-sided body, posterior pronotum and elytral base with marginal bead, mesocoxae narrowly separated, mental plate triangular, terminal palpomere of maxilla flattened and wider apically, and the heavily punctate and setose body.

Etymology. The genus name is derived from two roots: “ echino ” Greek for spiny and “ Thallis   ” a genus of Dacnini   in which it was considered to initially belong. Gender feminine.

Remarks. At first look this new genus and species appeared to be a new species of Thallis Erichson   which has a range of species from glabrous to hairy, some already described from Australia (other species occur in New Caledonia and the Moluccas). However, closer examination show that Echinothallis   is unlike typical species of Thallis   , including the hairy species, in many important characters that are lacking in some other dacnines (see below). Further studies of currently described species of Thallis   shows it to be an accumulation of species groups that may be valid genera themselves (see Skelley & Leschen 2007). A revision of Thallis   is needed to resolve that problem which is outside the scope of the present work. Since Echinothallis   falls outside of the current concept of Thallis   , it is here described as a prelude to this revision. 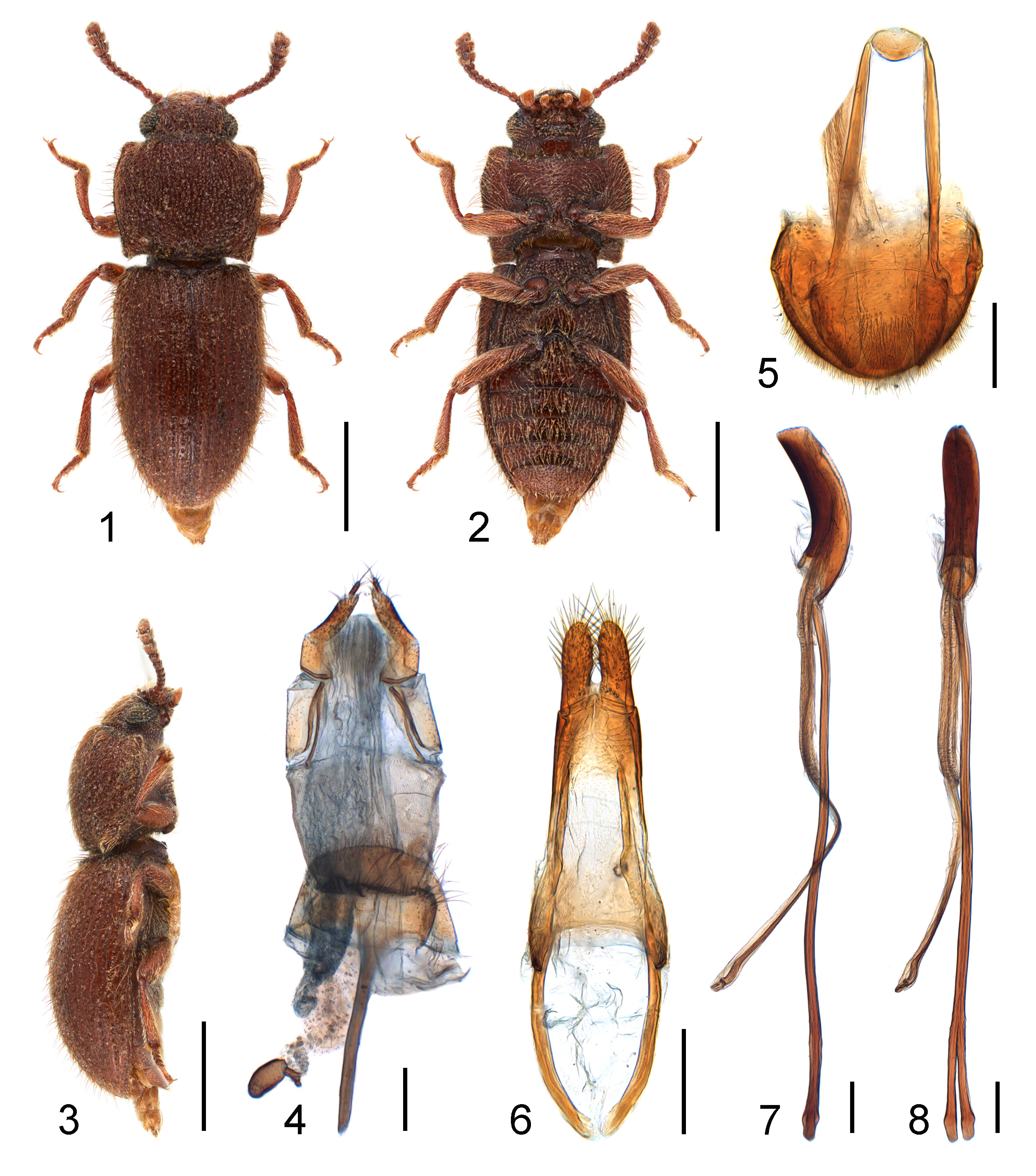