Common Palaearctic gastropod, inhabiting nearly all of Europe. This amphibious and calcifilous (e.g., Glöer 2019) species inhabits small water bodies, rich in vegetation, such as at our locality 16 - a small lake in a collapsed cave, rather than subterranean habitats, but at the locality 15 it was found in an estavelle, a kind of vast subterranean tunnel transporting water either down, as outlet of surface waters, or up, forming temporary active springs. Shells of our specimens (Fig. 14H, I View Figure 14 ) were somewhat untypical, with low and broad spire, but the variation of the shell in the Lymnaeidae   has been long known (e.g., Roszkowski 1914; Falniowski 1980, 1981), as being wider than in any other gastropod group. 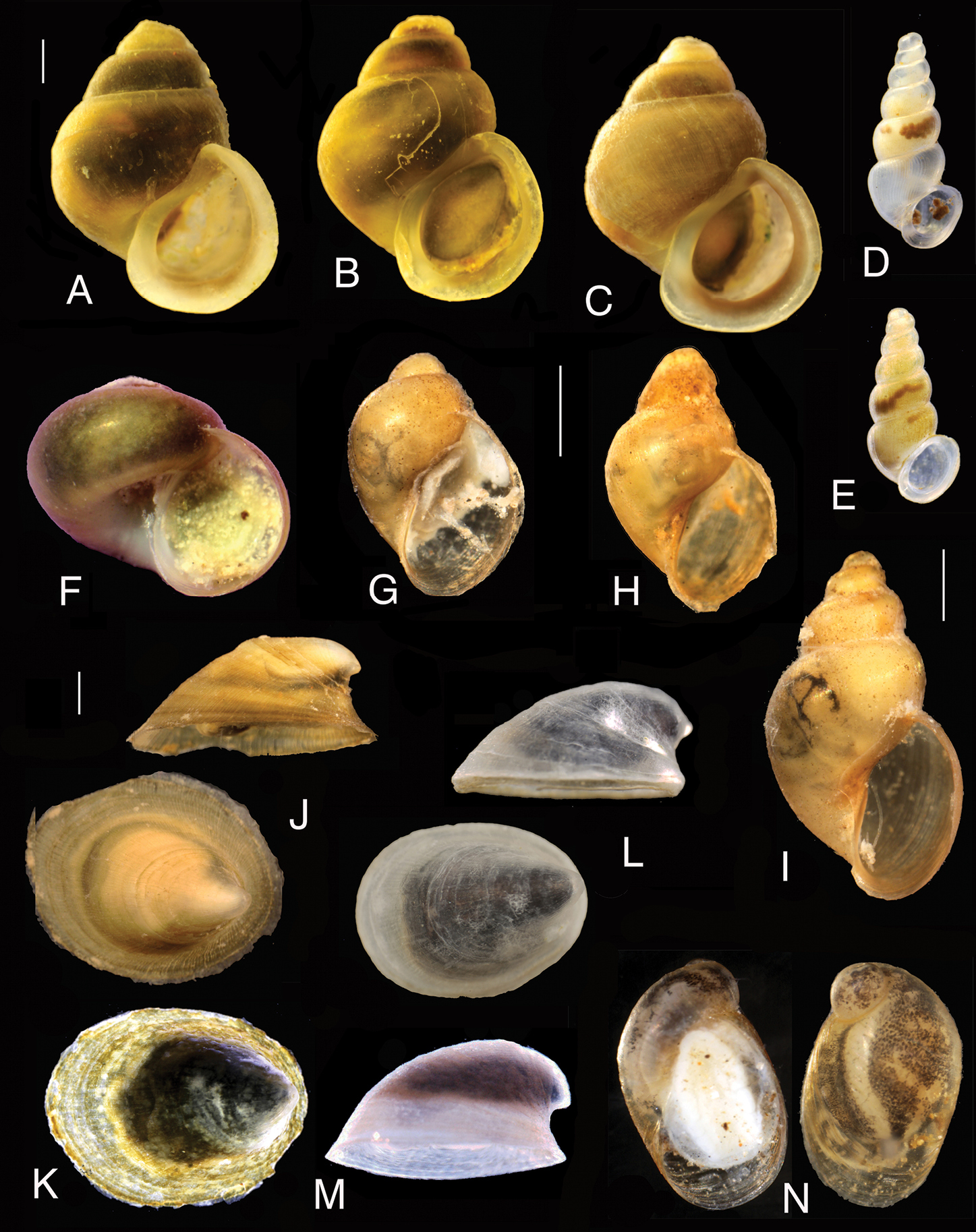