Female ( Figs. 9–10 View FIGURES 7–10 ). Same as male except about the eyes with less densely pilose; swollen palpus; and shorter proboscis; segments 6–8 of abdomen narrow; epiproct bare, with a pair of setae; hypoproct pilose with a pair of setae apically; cercus brown apically, long and narrow.

Etymology. The specific epithet “ brasiliensis ” is derived from the country where the specimens were collected. 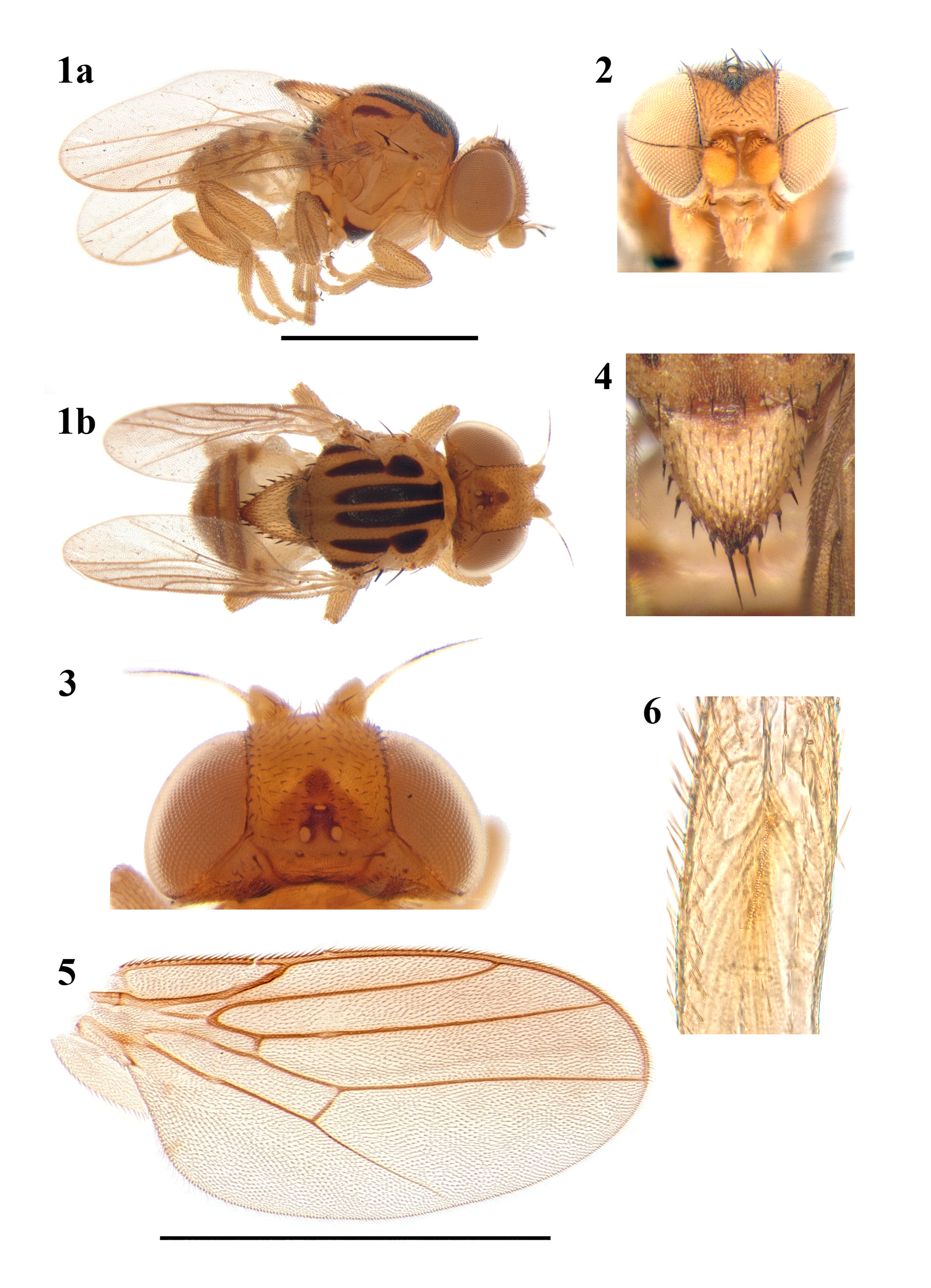 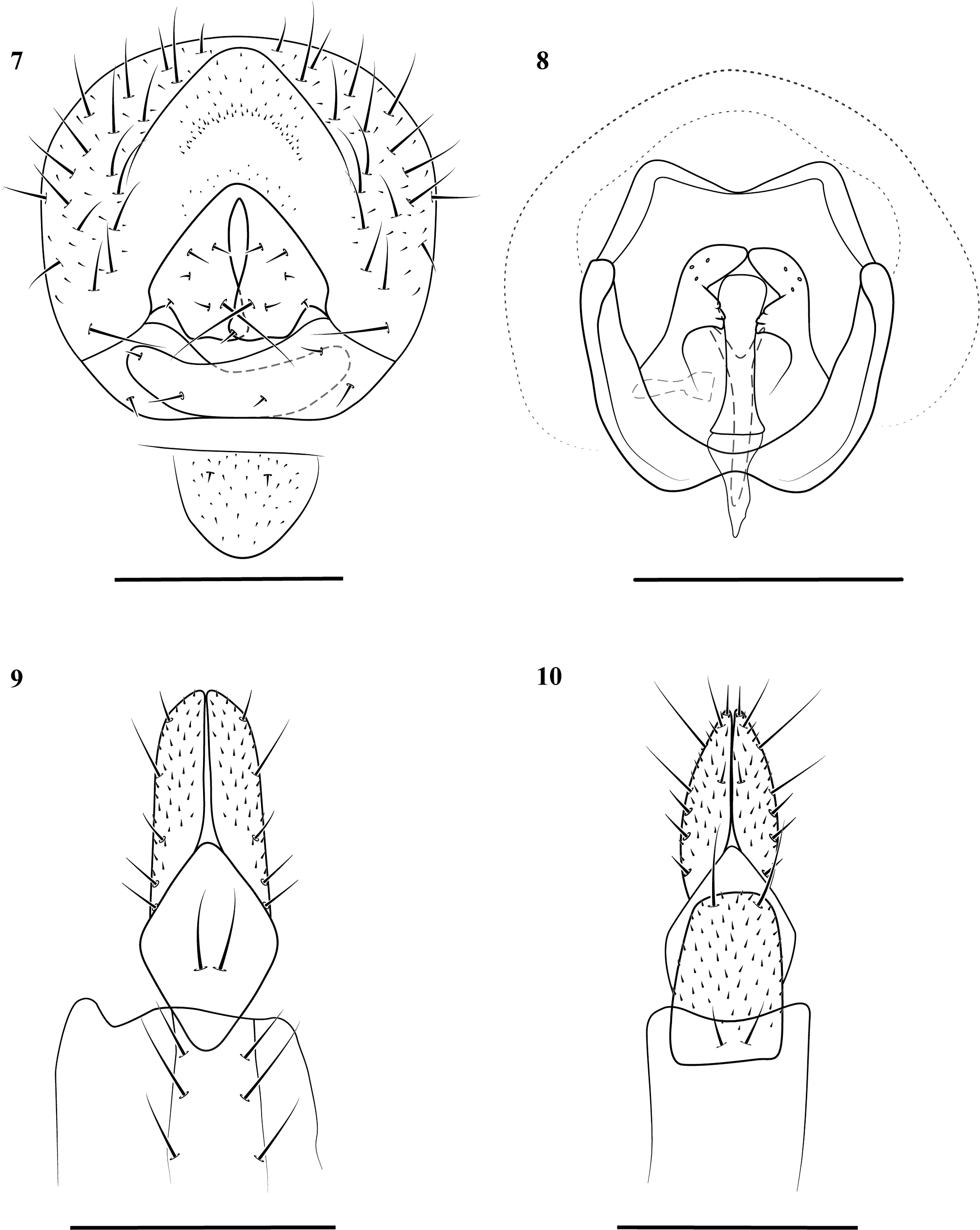