Tradescantia sect. Campelia   is monospecific and represented by T. zanonia   (L.) Sw. It was considered by Hunt (1986) to be unique within the genus due to its fleshy pedicel and sepals covering the capsule, giving the fruit a berry-like appearance, which is consumed by birds and other small animals (Hunt 1986; Pellegrini, pers. obs.). Nonetheless, the morphological similarity to Tradescantia sect. Zebrina   is indisputable, as pointed out by Hunt (1986) and here reaffirmed by us. Tradescantia sect. Zebrina   is highly variable in the following characters: (1) the position of the inflorescence; (2) if it perforates the leaf-sheaths or not; (3) the degree of conation between the sepals, the petals; and (4) the degree of connation between the petals and stamens. Thus, both sections are distinguished solely based on the consistency of their calyx (Pellegrini, pers. obs.). 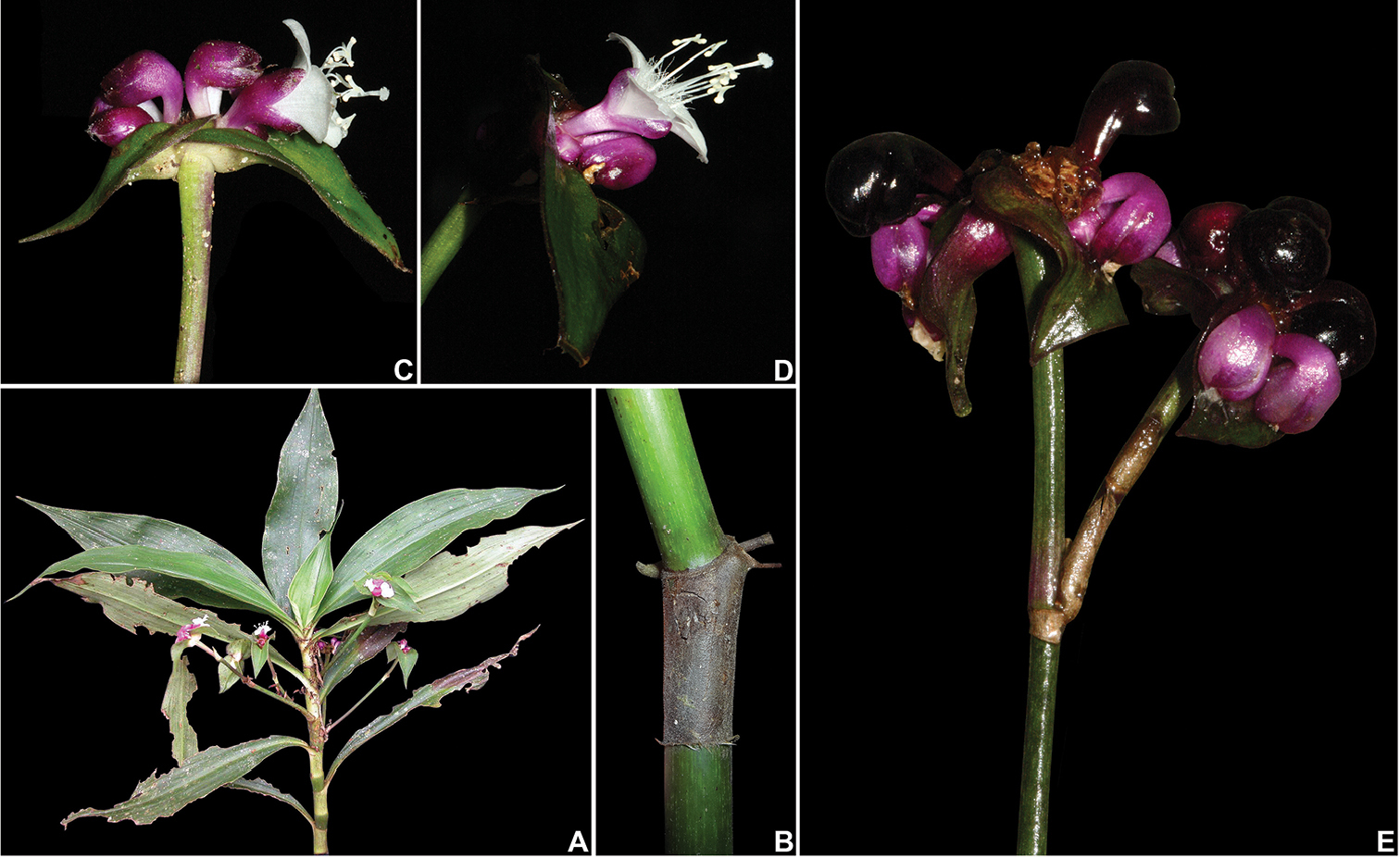