Diagnosis. Smooth cuticle with granulation on all legs, 3 small round macroplacoids and an indistinct microplacoid; slender claws with short, low accessory claws and smooth lunules.

Eggs round, colourless, diameter without processes 59 f1l1l, with processes 72 f1l 1l. 48 processes around circumference, about 340 in hemisphere. Processes small cones with fine tips, height 6.5-8.4 f1l1l, base diameter 2.8 f1l1l and 1-2 f1l1l apart. Ring of very small pores around base of each process. Shell appears to be covered with very small pores of uniform size.

the fourth pair of legs. It is perhaps most closely related to Macrobiotus crassidens Murray, 1907  (based on the somewhat inadequate description ofthat species) but differs from it by having eyes, by having a very indistinct microplacoid and by having egg processes thatare narrower at the base, shorter and not touching. 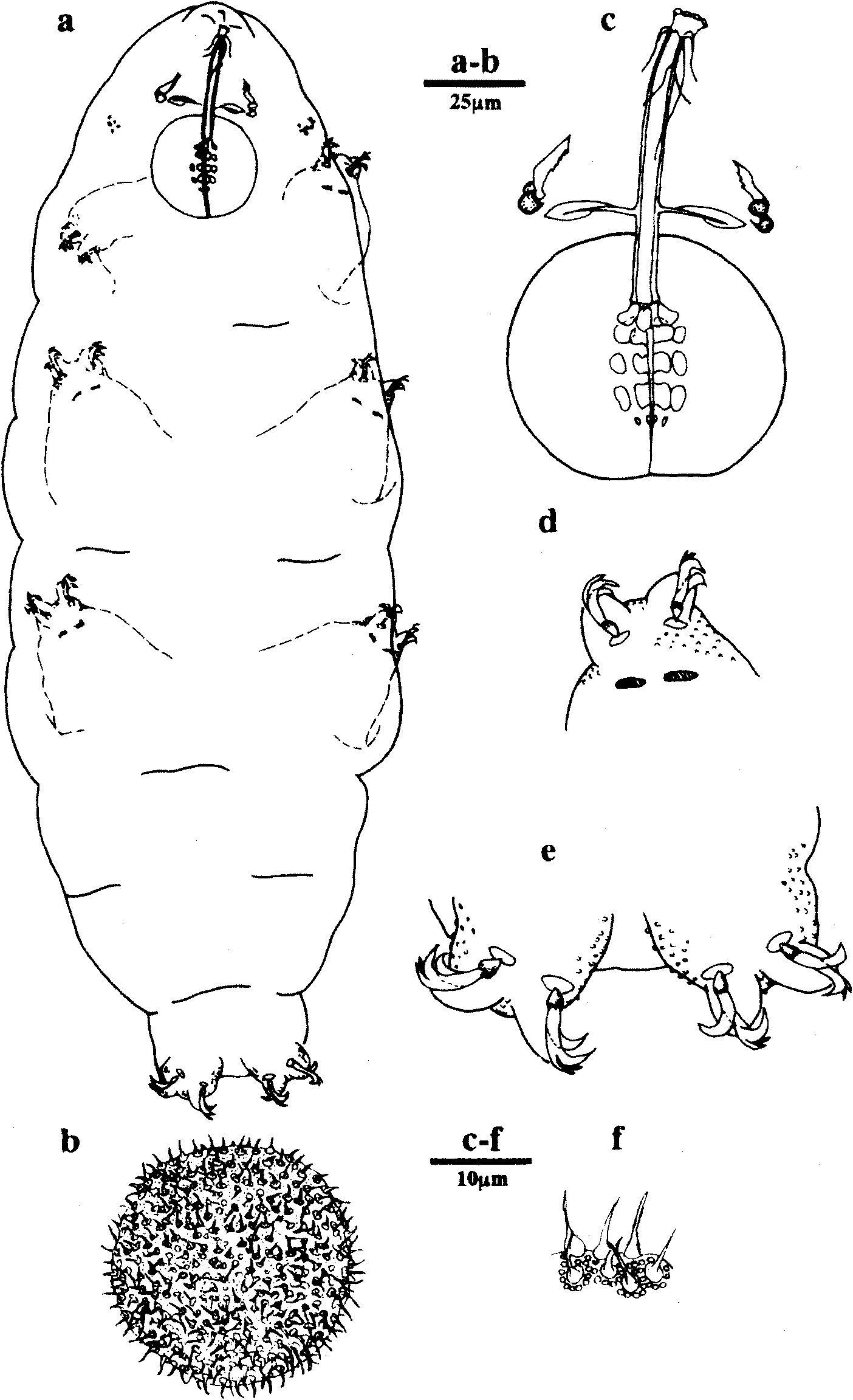