The new species differs from the most similar Hieracium veresczaginii  Schischk. & Serg. mainly in a greater density of simple hairs (rare to sparse vs. solitary or sometimes absent) on the phyllaries.

Evidently aphyllopodous perennial plant. Stem 60-70 cm tall, robust, pale green, without simple hairs (paratype) or with abundant simple hairs up to 3 mm long (holotype), with lax stellate pubescence mostly in the lower half. Leaves up to 50, gradually decreasing in size upwards, sessile, clearly bicolour, intensely green on upper surface, pale green beneath, with lax stellate pubescence on both sides and simple hairs 1.5-2 mm long along margins and beneath; the lower unknown (withered at anthesis); the lamina of the median leaves (most developed) 9-12 cm long, 2.5-4 cm wide (ratio 1:3-3.5), oblong-ovate, widest near basal third, acute at apex, broadly cuneate or rotund at base, with 4-5 pairs of narrow acute teeth up to 5(8) mm long; the lamina of the upper leaves up to 6 cm long, 1.5-1.8 cm wide, ovate-lanceolate, widest near base, acute at apex, rotund at base, with 3-4 pairs of small narrow teeth. Synflorescence up to 25 cm long, laxly branched with 3-8 branches and 10-35 capitula; branches elongated, without simple and glandular hairs under the capitula, with dense stellate pubescence. Capitula cup-shaped, rounded at base. Phyllaries ( Fig. 2View Figure 2) 9-10 mm long, 1-1.2 mm wide at middle, 1.5-1.7 mm wide at base, oblong-triangular with a gradually narrowed apex, olive green, the inner with paler margins, with simple and glandular hairs along a narrow median line and with stellate hairs over the surface; the inner with rare to sparse (5-15) simple hairs 1-1.2 mm long, dark at base, otherwise whitish, with sparse (up to 20) glandular hairs 0.2-0.5 mm long, thin and rather dark, with lax stellate pubescence, tipped with a few very short cilia at apex. Florets 15-18, 16-17 mm long. Ligules probably intensely yellow, glabrous-tipped. Styles with black spines. Achenes ca 4 mm long, brick red. Pappus 7-8 mm long, yellowish.

No similar species is known from China ( Sennikov 2008, Shih and Gottschlich 2011). In southern Siberia Hieracium  sect. Aestiva  is represented by about 7 species ( Tupitzina 2004), of which only Hieracium nasimovae  Stepanov and Hieracium veresczaginii  Schischk. & Serg. are said to have the leaf base cuneate or rotund and the synflorescence branches usually without glandular hairs. Unlike Hieracium sinoaestivum  , Hieracium nasimovae  is characterized by a large number of glandular hairs (up to 60) on the phyllaries and by the slightly panduriform leaves ( Stepanov 1998); this poorly known local taxon may actually be closely related to Hieracium krylovii  Nevsky ex Schljakov, a species of Hieracium  sect. Aestiva  with a greater expression of characters of Hieracium  sect. Prenanthoidea  s.l.

Hieracium veresczaginii  occurs in eastern Kazakhstan on the border with Russia ( Kotukhov 1971, Abdulina 1999) and in southern Siberia westwards to the Chita town ( Tupitzina 2004). It is said to be characterized by the phyllaries with sparse glandular hairs 0.2-0.4 mm long (along a median line) and sometimes also with solitary short simple hairs, usually with an abundant stellate pubescence ( Tupitzina 2004). My examination of the material of Hieracium veresczaginii  kept in LE has shown that this species regularly has ovate-lanceolate or oblong-ovate leaves with a rotund base and a coarse dentation, resembling those of large individuals of Hieracium umbellatum  . In the shape of leaves and the type of pubescence Hieracium veresczaginii  seems to be the most similar to Hieracium sinoaestivum  , mainly differing in solitary simple hairs on its phyllaries. It is a species of taiga forest, occurring in spruce, fir, pine, birch and mixed forests of the Altai-Sayan mountain system and its northern extensions ( Tupitzina 2004).

The two original collections clearly differ from each other in the pubescence of stems and leaves, although the indumentum of phyllaries is nearly invariable. The robust and hairy plant of Harry Smith 7172 also has a much longer dentation of leaves. This difference is considered taxonomically insignificant but likely indicates genetic variability within this presumably apomictic species.

The new species is known from a single locality in the Shanxi Province of China, situated approximately at 38.3°N, 111°E in the Lüliang Mountains ( Fig. 3View Figure 3).

This locality lies within the distribution area of Hieracium umbellatum  ( Shih and Gottschlich 2011) but at the distance of ca. 600 km from the nearest locality of Hieracium  sect. Prenanthoidea  s.l. (including hybrids) in southern Siberia ( Tupitzina 2004).

According to the collector’s notes, Hieracium sinoaestivum  grows on montane meadows in the forest belt at altitudes of 600-750 m a.s.l. The species flowers in August, fruits in August-September.

The only locality of the new species is situated in the subregion of North China Mountains, region of North China, subkingdom of Sino-Japanese Forest, Eastern Asiatic kingdom of Chinese phytogeographers ( Sun 2013). This area has a rich indigenous flora, with ca. 300 species endemic to the subregion ( Wang 1997, Sun 2013). Hieracium sinoaestivum  belongs to taiga forest floristic elements and represents a penetration of holarctic elements into the East Asian flora.

The species epithet is derived from Sino -, pertaining to China, and aestivum, reflecting the sectional placement of the species. 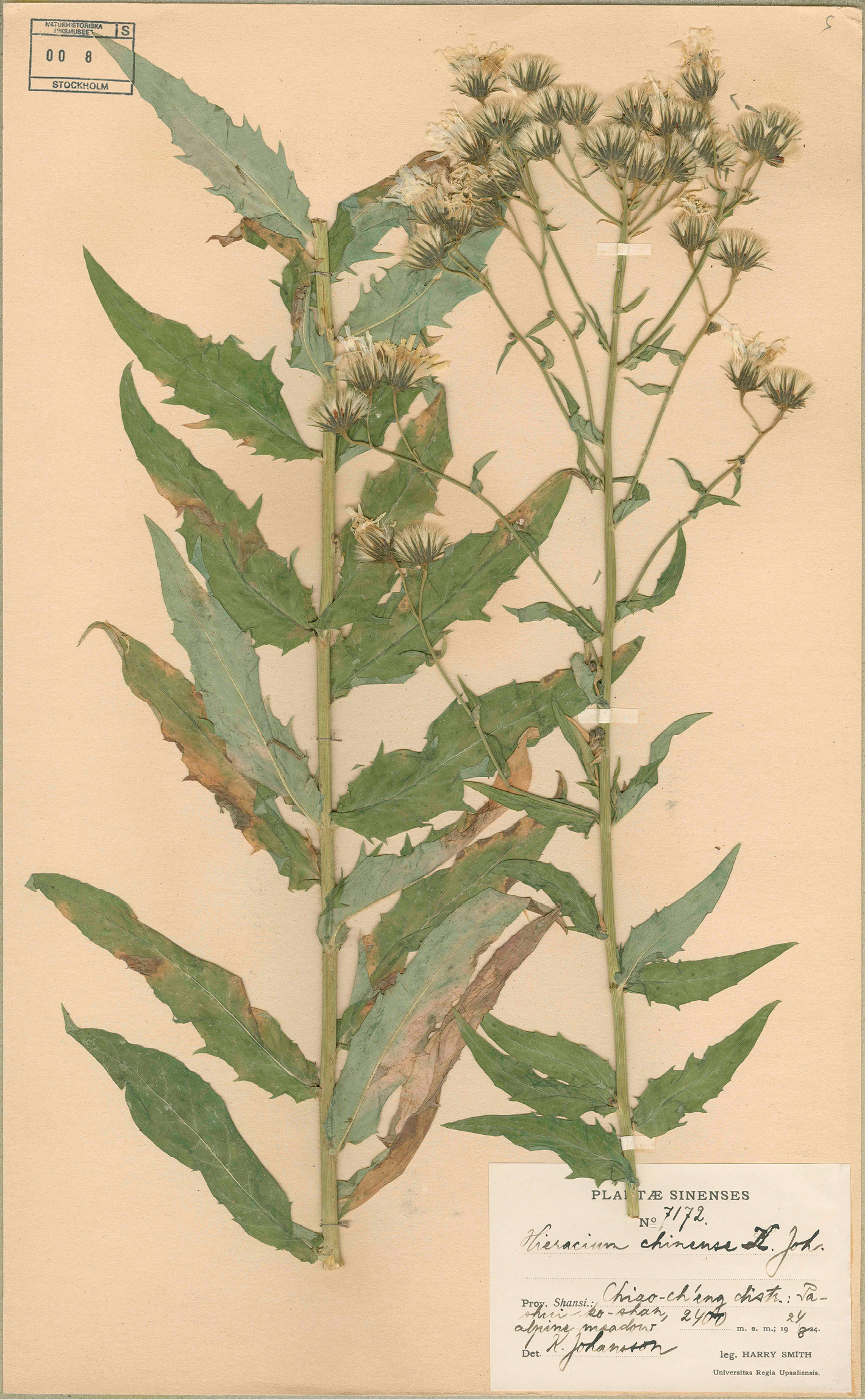 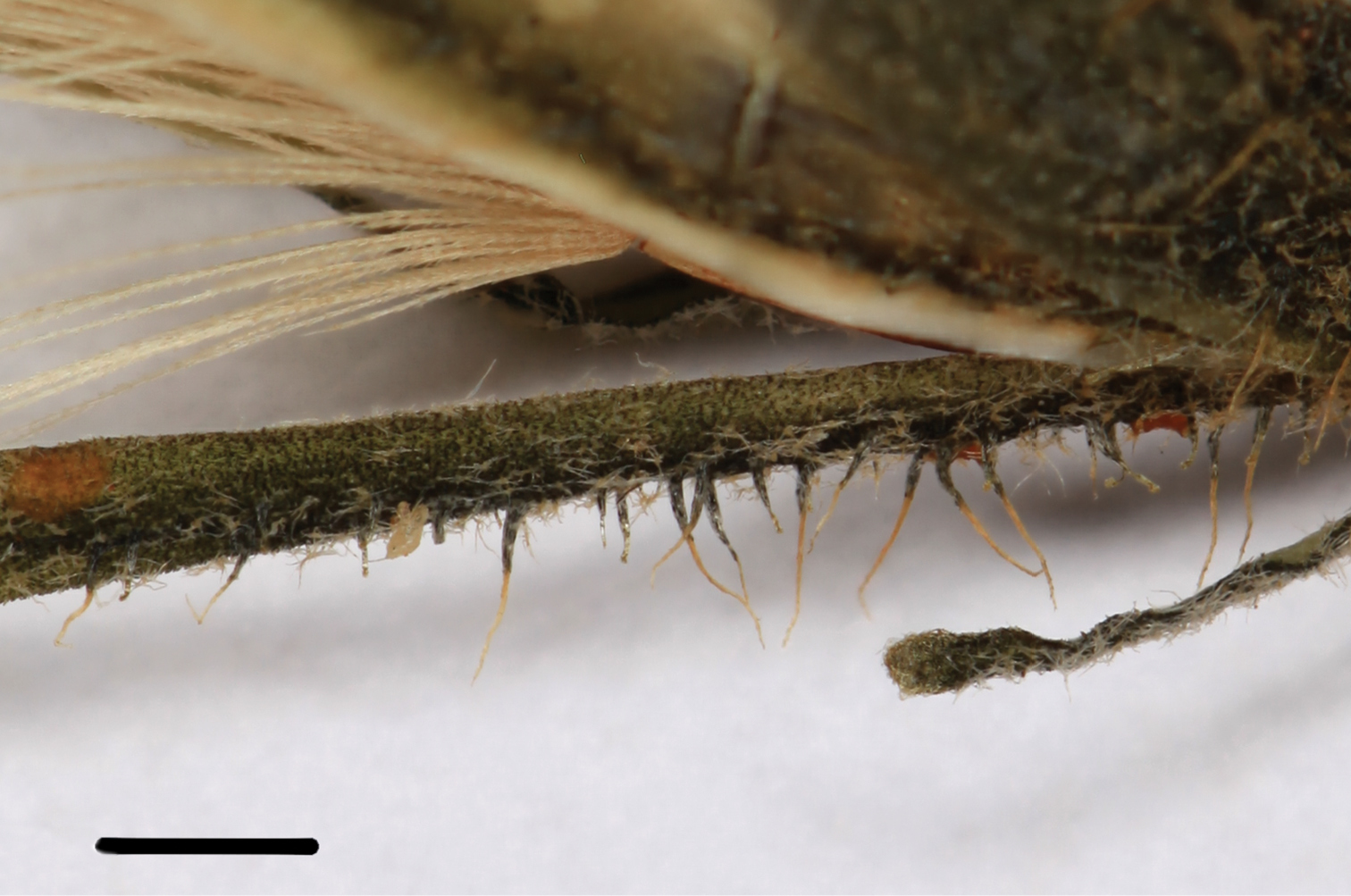 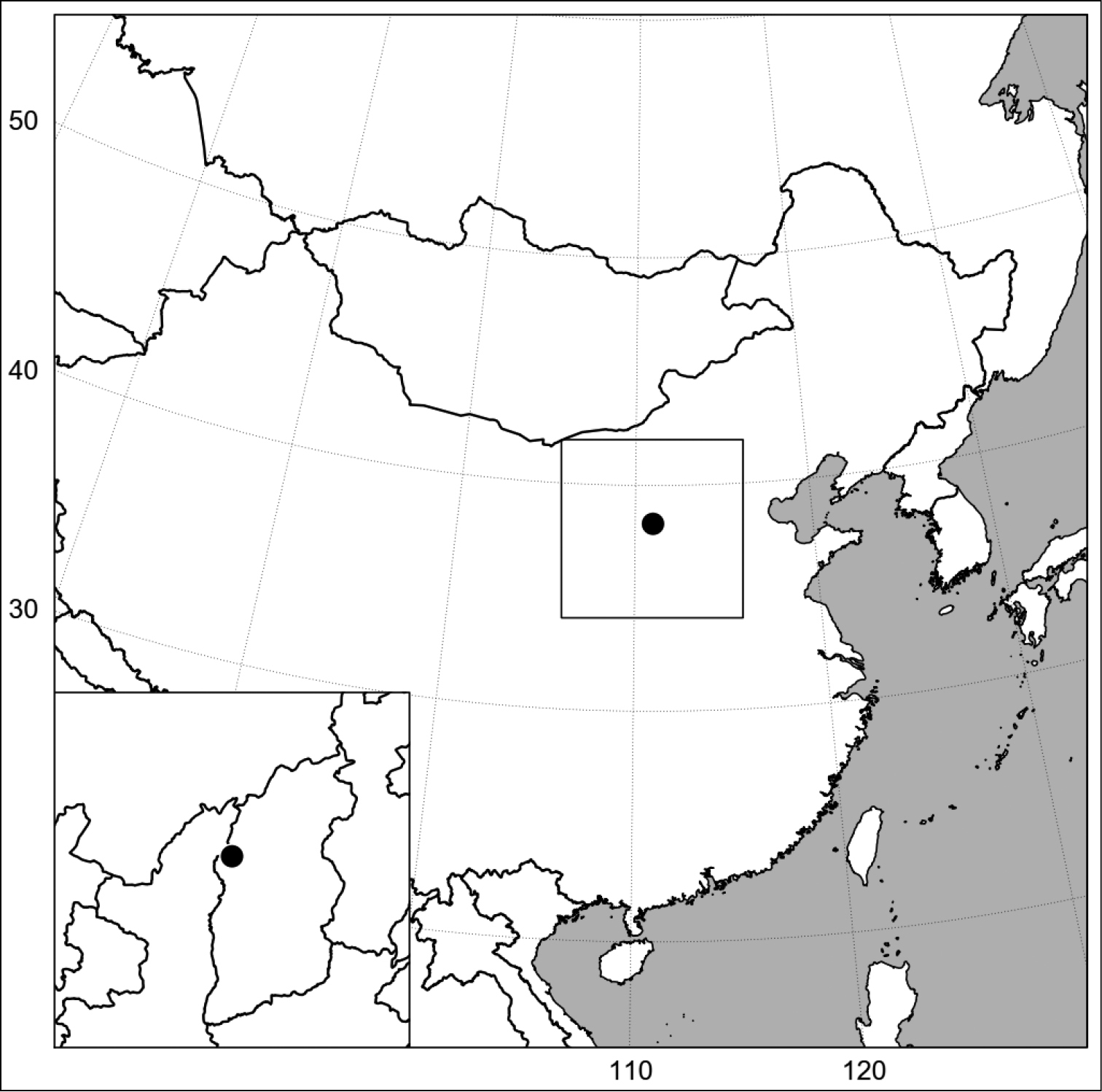