Remarks. Tupiperla serrulata has a weak pterostigmatic crossvein in the forewing, an unusual character state in Tupiperla ( Froehlich, 1998) . Excepting this, the species fits the concept of the genus. In addition to this character, this new species can be distinguished from the congeners by the shape of the paraprocts in males, and by the subgenital plate of females. The paraprocts of T. serrulata resemble in part those of T. tessellata , however, T. serrulata has the dorsal margin serrated, whereas in T. tessellata it is smooth. The female of T. serrulata has an elongated subgenital plate with lateral margins concave.

Tupiperla serrulata is described from male and female specimens collected in the municipalities of Grão Pará and Urubici, Santa Catarina State, Brazil. The material was primarily collected with Malaise traps set from December to November in the Serra Furada State Park (PAESF), a conservation area between the municipalities of Grão Pará and Orleans. The PAESF has an area of 13.3 km 2 and an altitude varying from 400 to 1,480 m a.s.l. and pro- tects numerous springs ( IMA, 2019). The relative humidity in the area is high, around 85%, and the average annual rainfall of 1,500 mm.

Etymology. The specific name serrulata from Latin meaning small toothed, refers to the serrated area of the paraprocts. 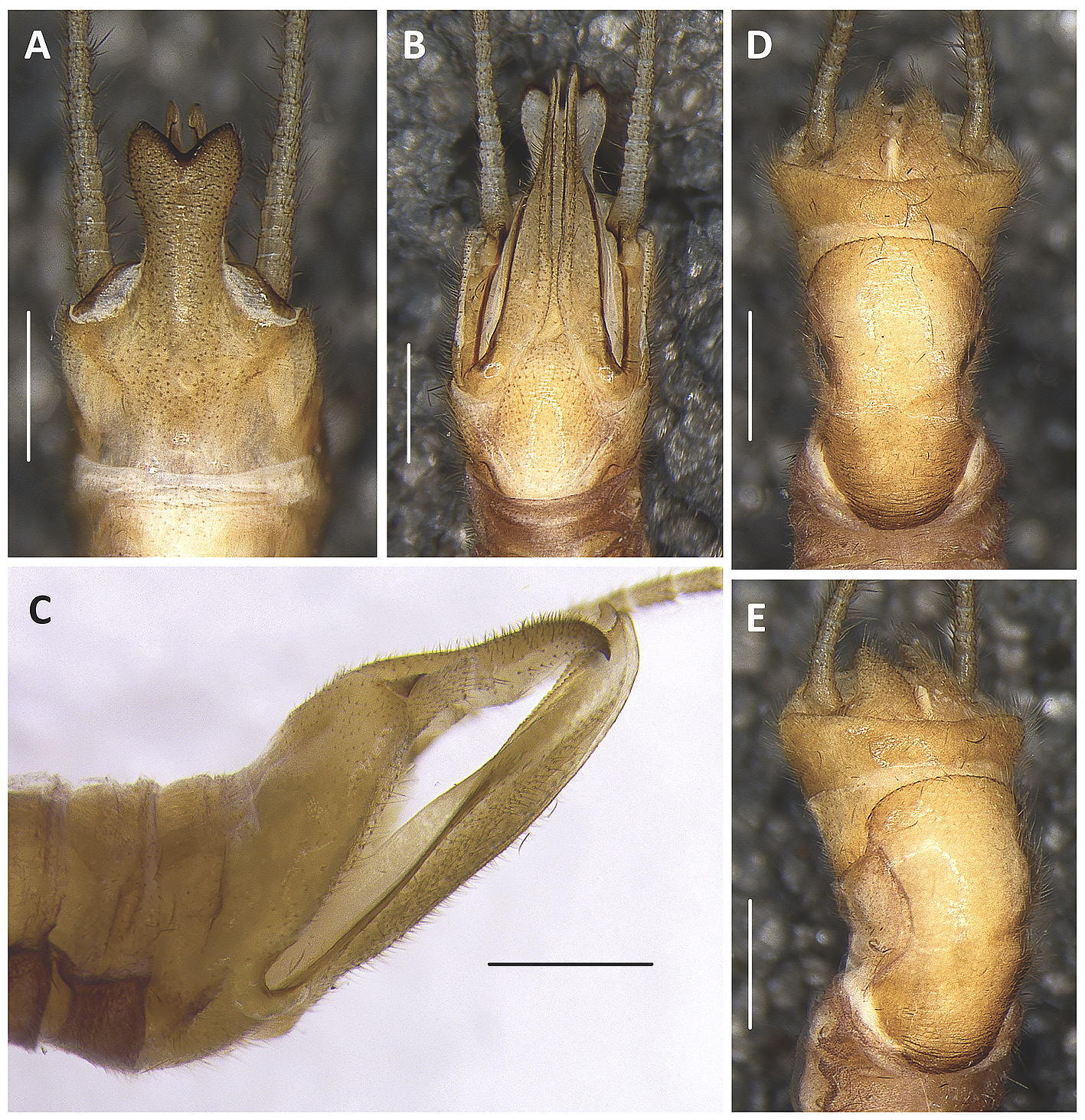