The collections were made in October with fruits and few flowers. Based on the average of 40 days from flowering to fruiting stage in Thesium species (pers. obs.), we can then extrapolate the flowering period to be between August and November.

The specific epithet ' Thesium muasyae ' honors Professor A. Muthama Muasya for his immense contribution to the floristics and taxonomy of the Overberg and Cape plant species.

We estimated a total of 10-20 individuals of T. muasyae in a single population over an extent of 0.0 km2 and the area of occupancy of about 5.0 km2. Although this species is on a private farm, grazing from livestock is an immediate threat. In addition, the entire Overberg Renosterveld habitat is considered as Endangered due to intense agricultural activities and the areas being fire-prone ( von Staden 2015; Topp and Loos 2019). These threats together with the GeoCat geographical range estimations translate to the criterion B2, Critically Endangered category of the IUCN (2017) for T. muasyae . 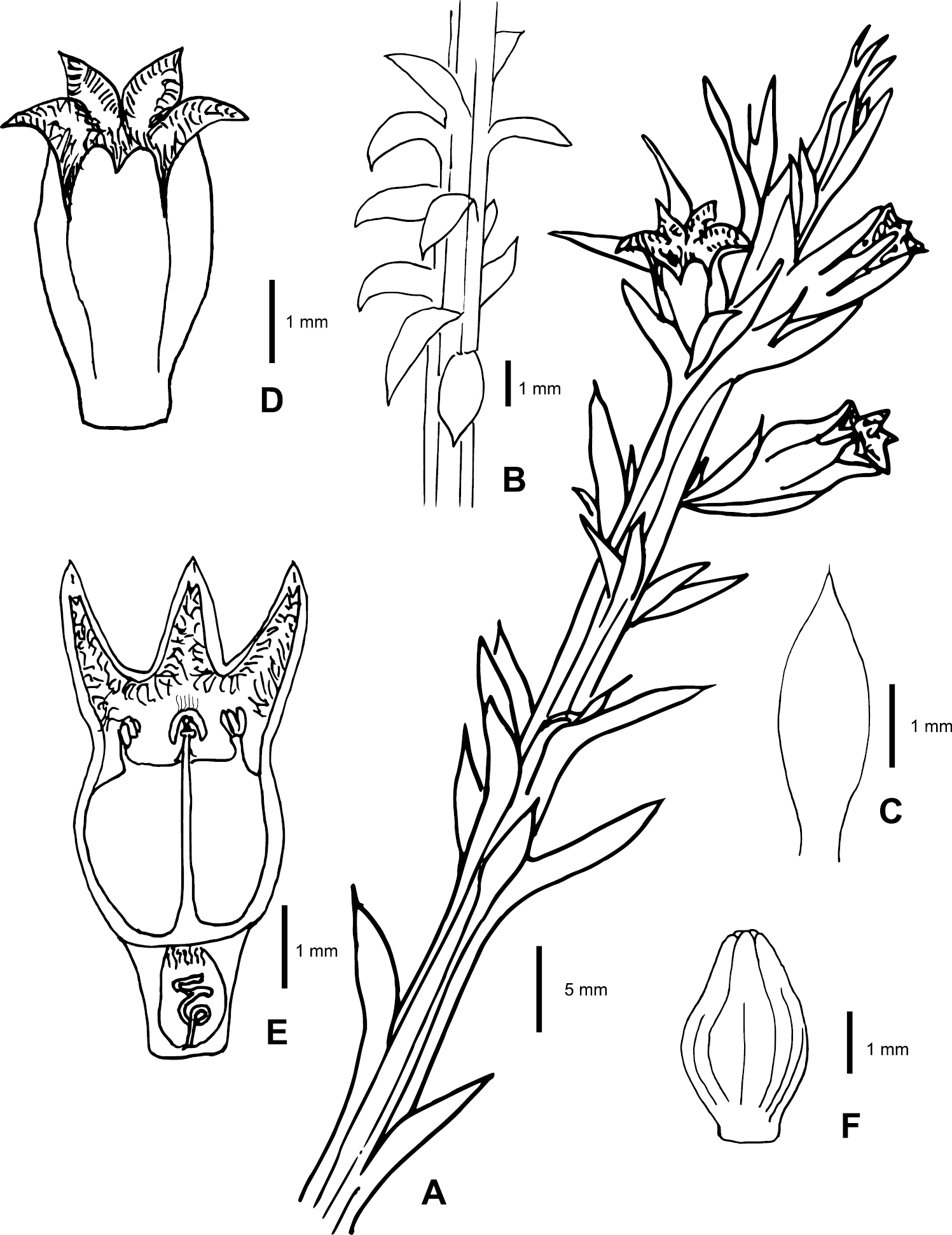 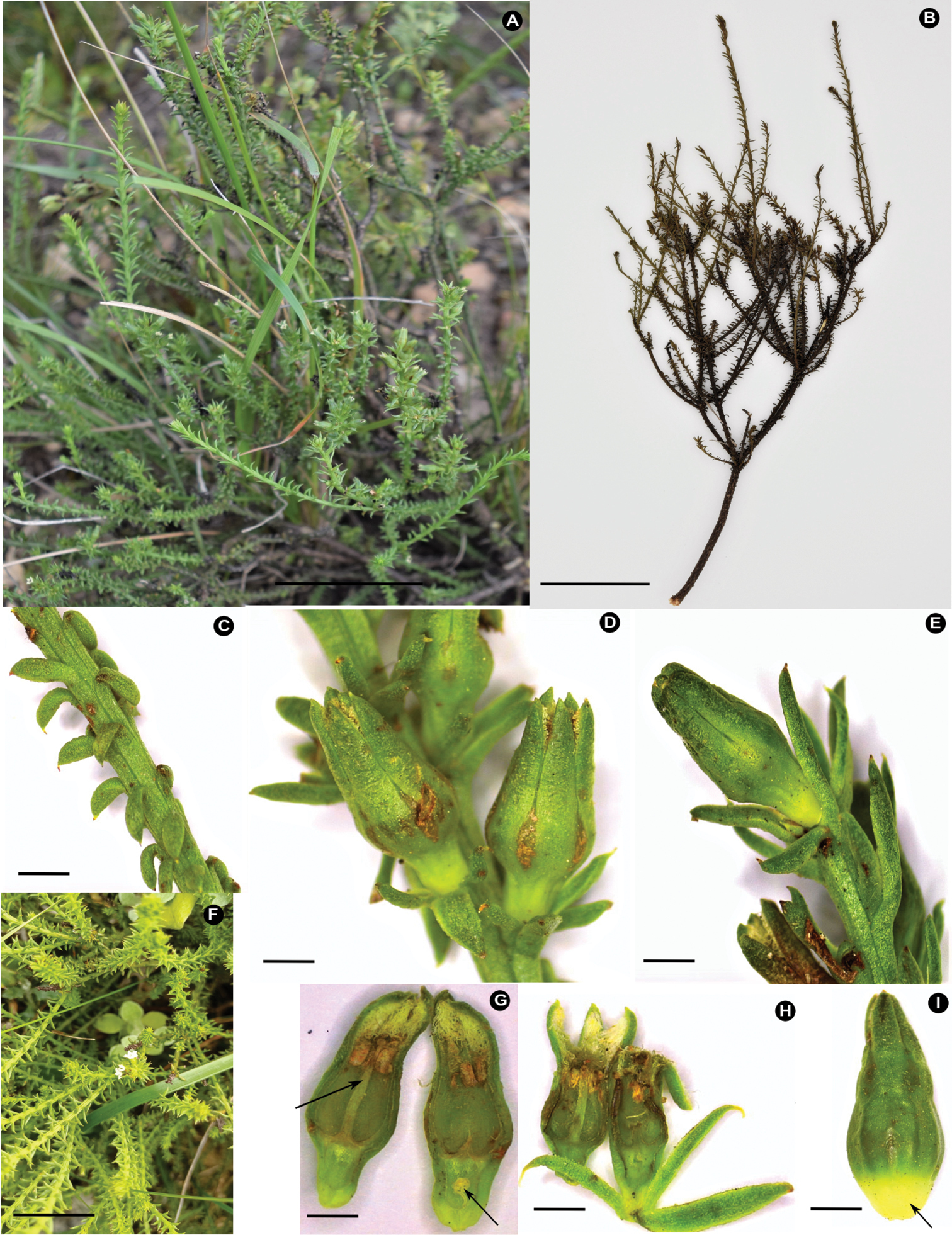 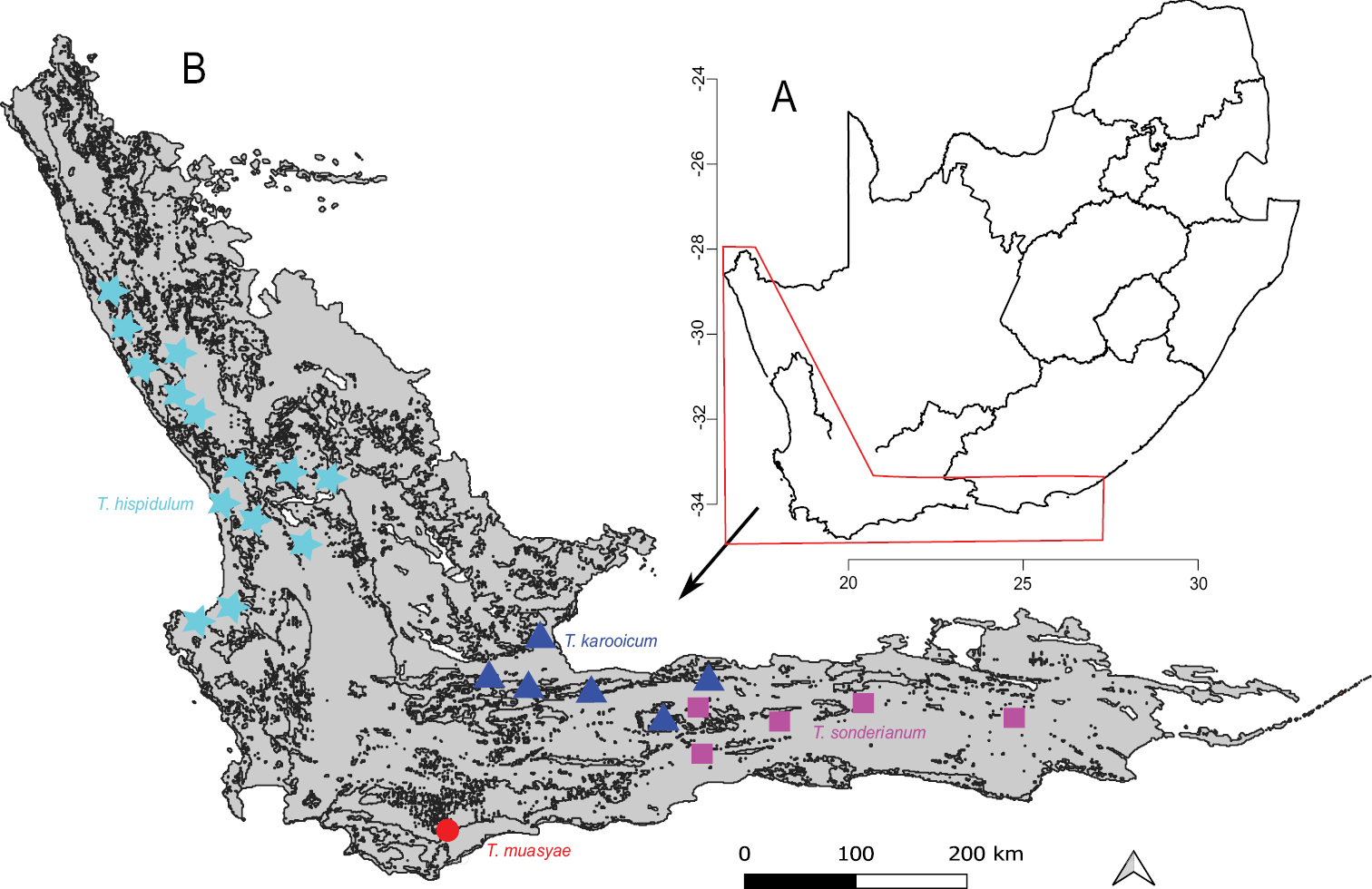