Etymology. The generic name is an Aboriginal word meaning “tongue”. It refers to the shape of the epigynal scape present in most species. The gender is female.

Diagnosis. Therlinya is readily distinguished by its arched, unpatterned carapace. It differs from Stiphidion by the PER being procurved to straight; from Taurongia and Baiami by the possession of a prominent, fleshy median apophysis; from Tartarus by its possession of eyes.

Biology. These cribellate web builders are associated with open and closed moist forest habitats of the eastern highlands and coast. They run on the underside of semihorizontal sheet webs up to 30 cm wide, suspended from funnels leading into burrows 4–10 cm deep in soil banks or logs. The egg sacs are rounded, suspended from the basal burrow roof. A captive female T. kiah (KS58191), sealed within a silk chamber from approximately 1 April to 10 June 1978, produced an egg sac and 224 spiderlings.

Cymbium width can vary within species, notably in T. kiah and T. lambkinae . The epigynal scape varies considerably in shape and size between species. Despite some intraspecific variation (e.g., T. kiah : Fig. 4c,e–g View Figure 4 ) it remains a useful structure for species separation. The epigynal scape is absent in two species. Therlinya foveolata has a pit-like, cordate epigynal fossa ( Fig. 5c,d View Figure 5 ) which may be a plesiomorphic state. In T. bellinger the scape appears to be reduced and fused into the central epigynal area ( Fig. 7c View Figure 7 ), a highly derived state. 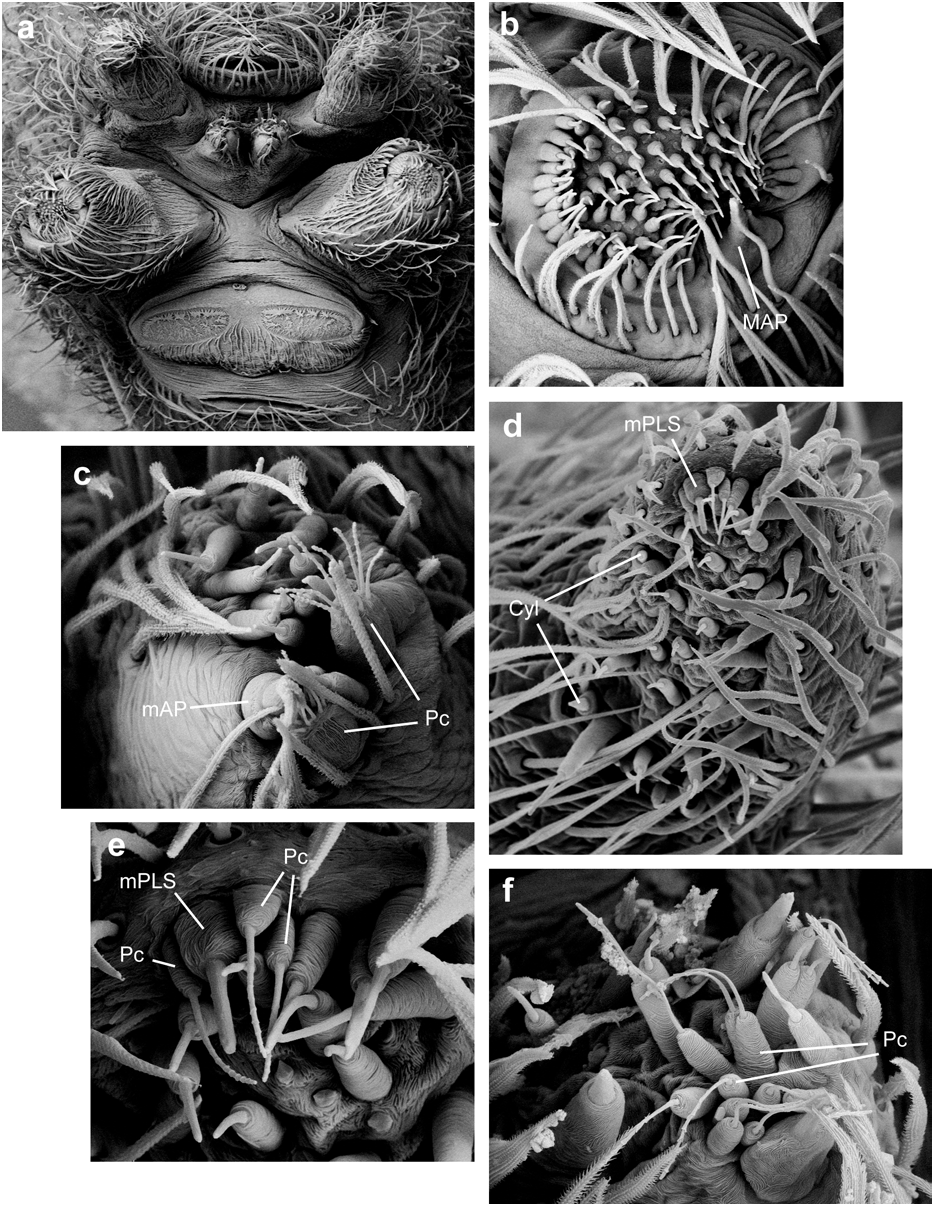 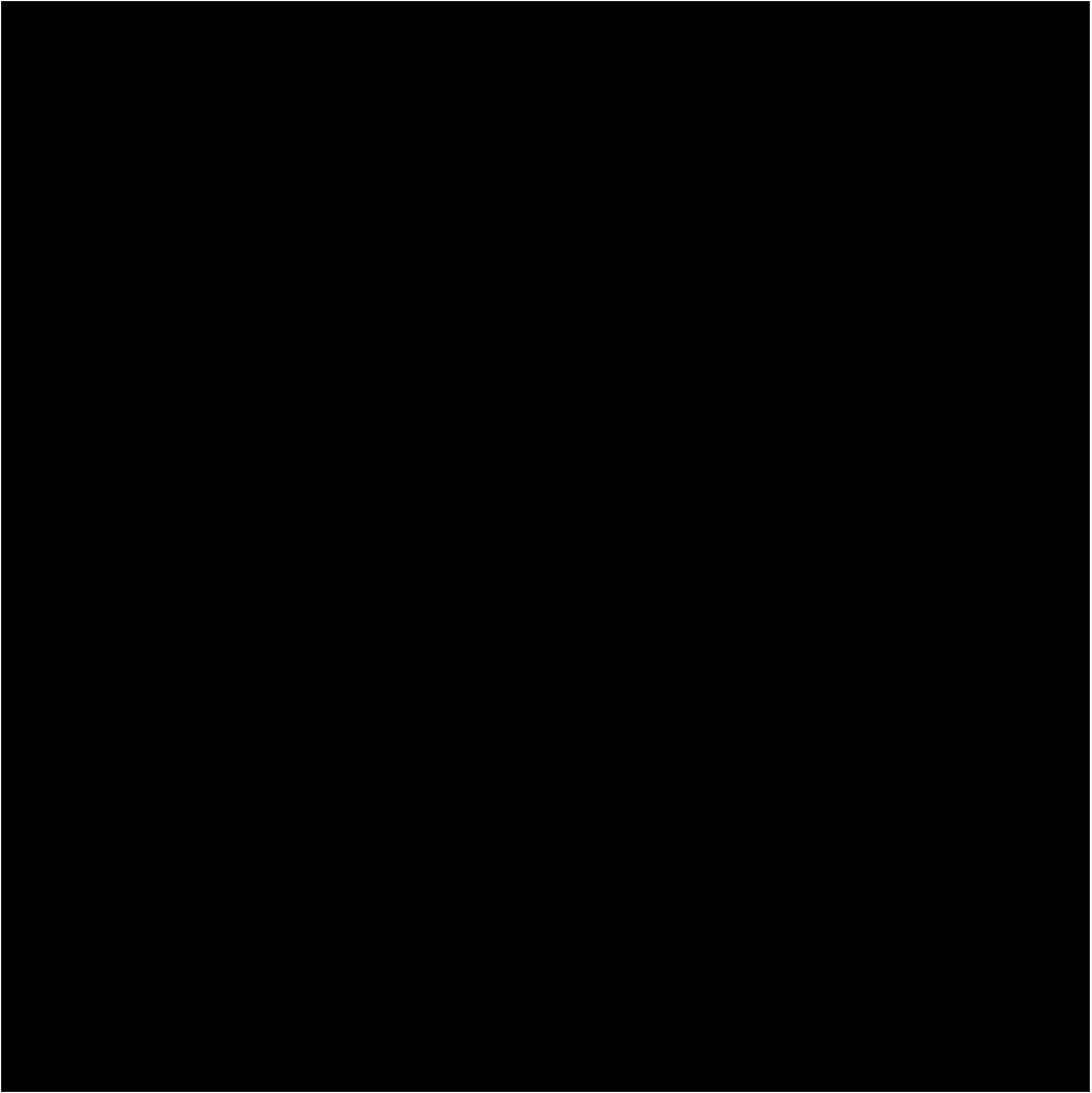 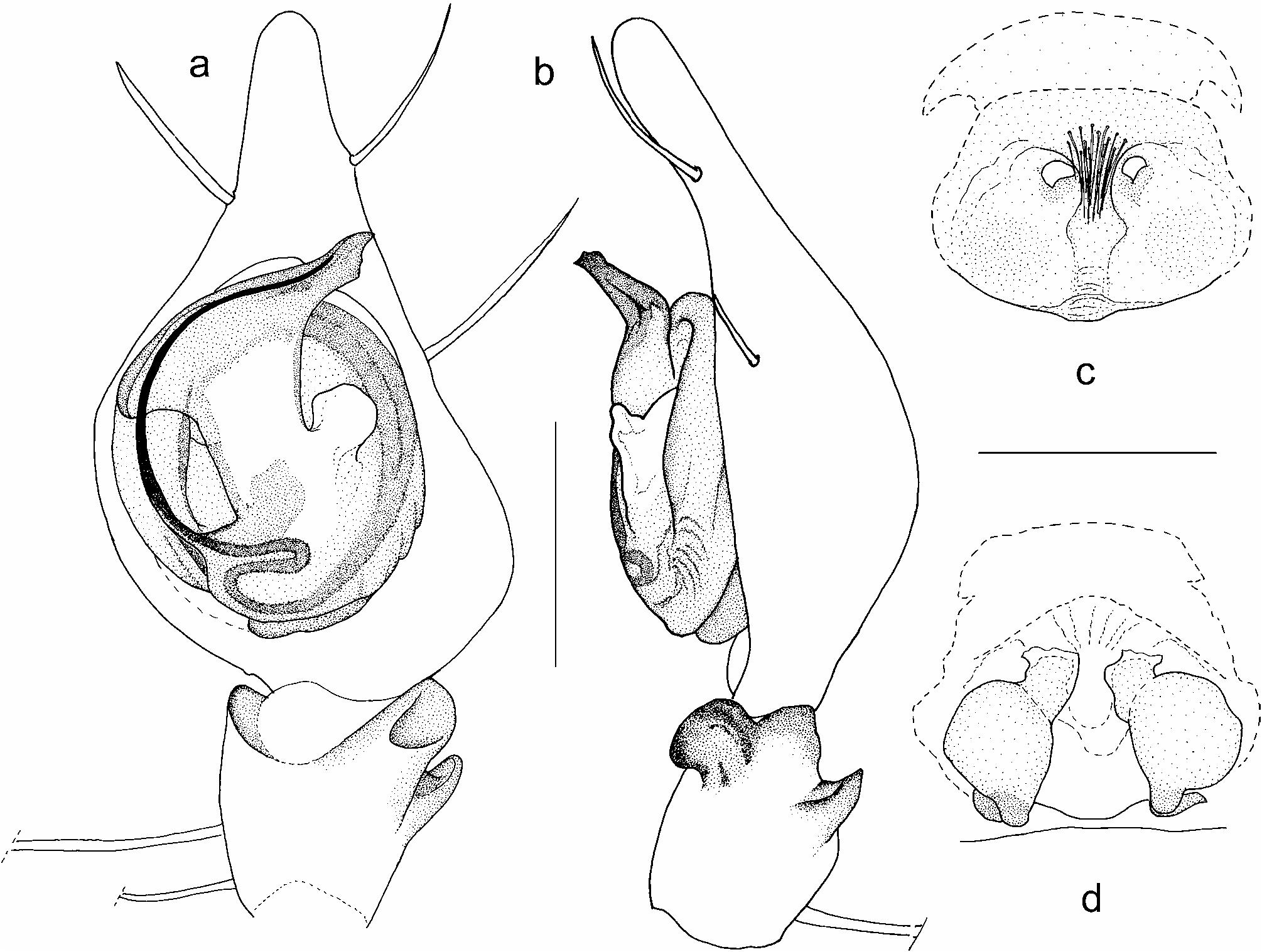 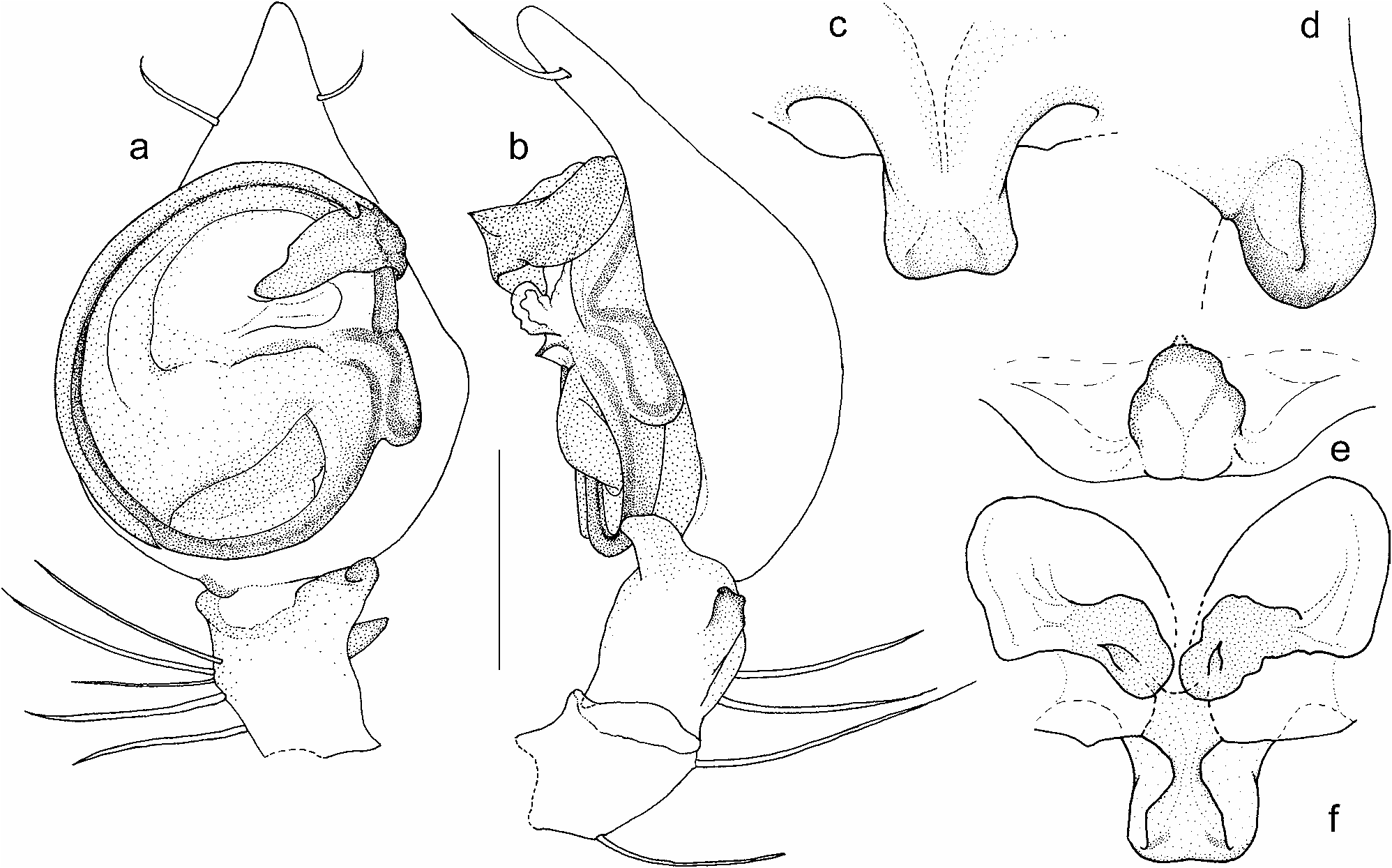 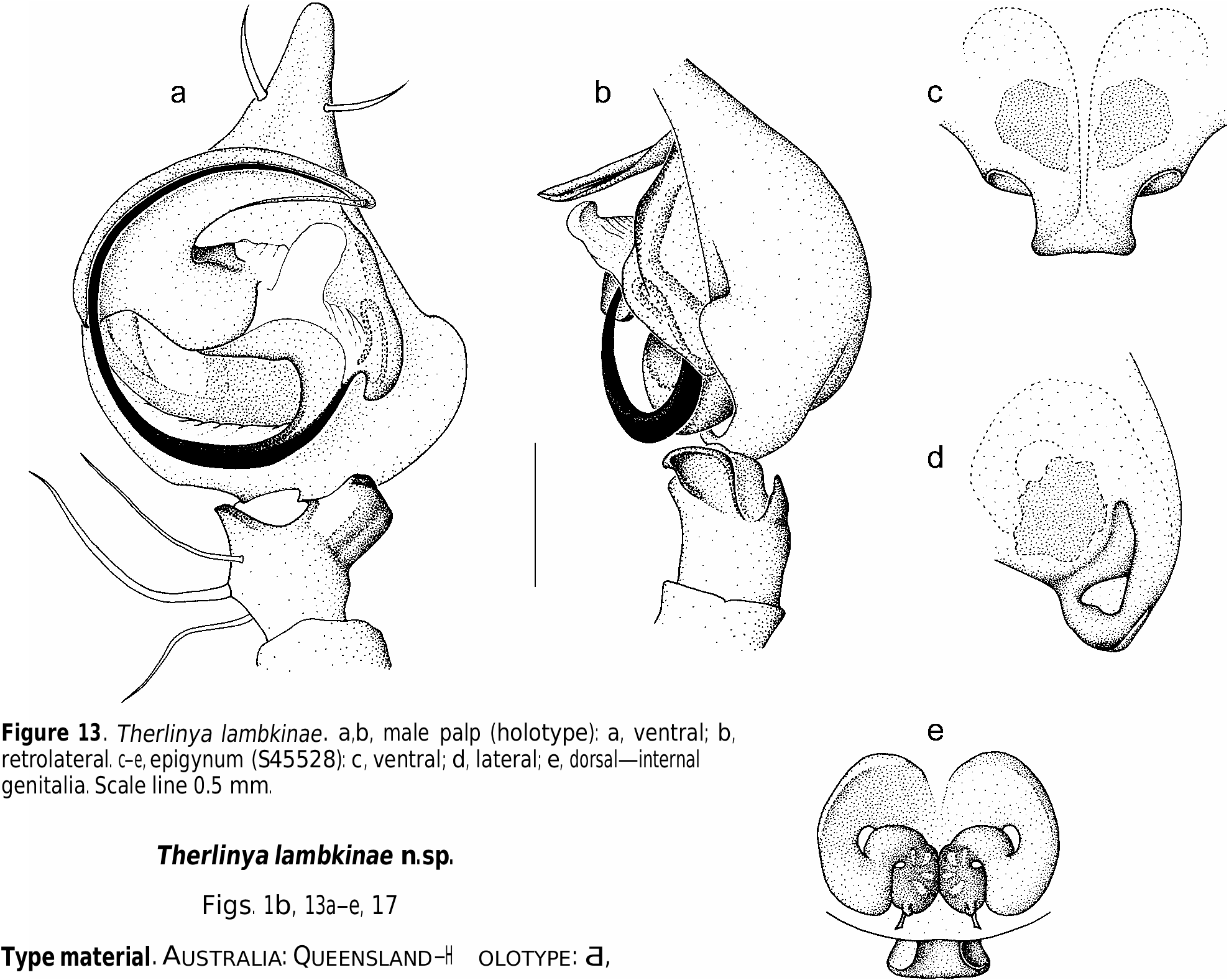 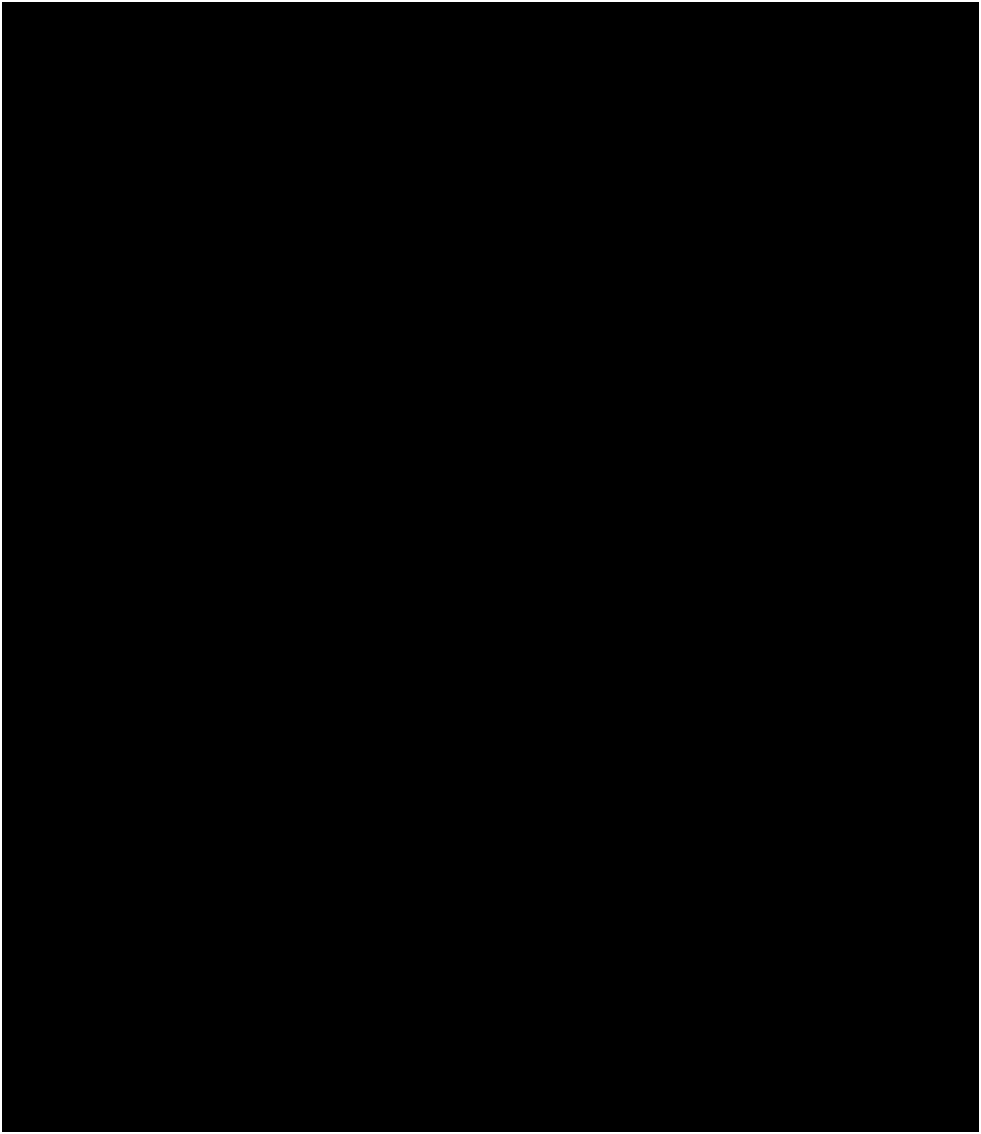