Saraina is a fissidentate genus. The structure of the male copulatory organs is unique: the tibia has three apophyses – ventral, medial and dorsal ( Fig. 1 View Figure 1 ). The whip-liked embolus is long and thin, originating from the prolateral side, and directed inwards of the cymbium ( Szűts and Scharff 2005). The relationships of this genus to other salticid genera are unclear (see Wanless and Clark 1975; Dippenaar-Schoeman and Jocqué 1997). The cheliceral base in both sexes and the female copulatory organs in Saraina resemble those of some Euophryinae (see also Wanless and Clark 1975, pp. 288-289), while the male copulatory organs are more similar to those of some Thiodininae . 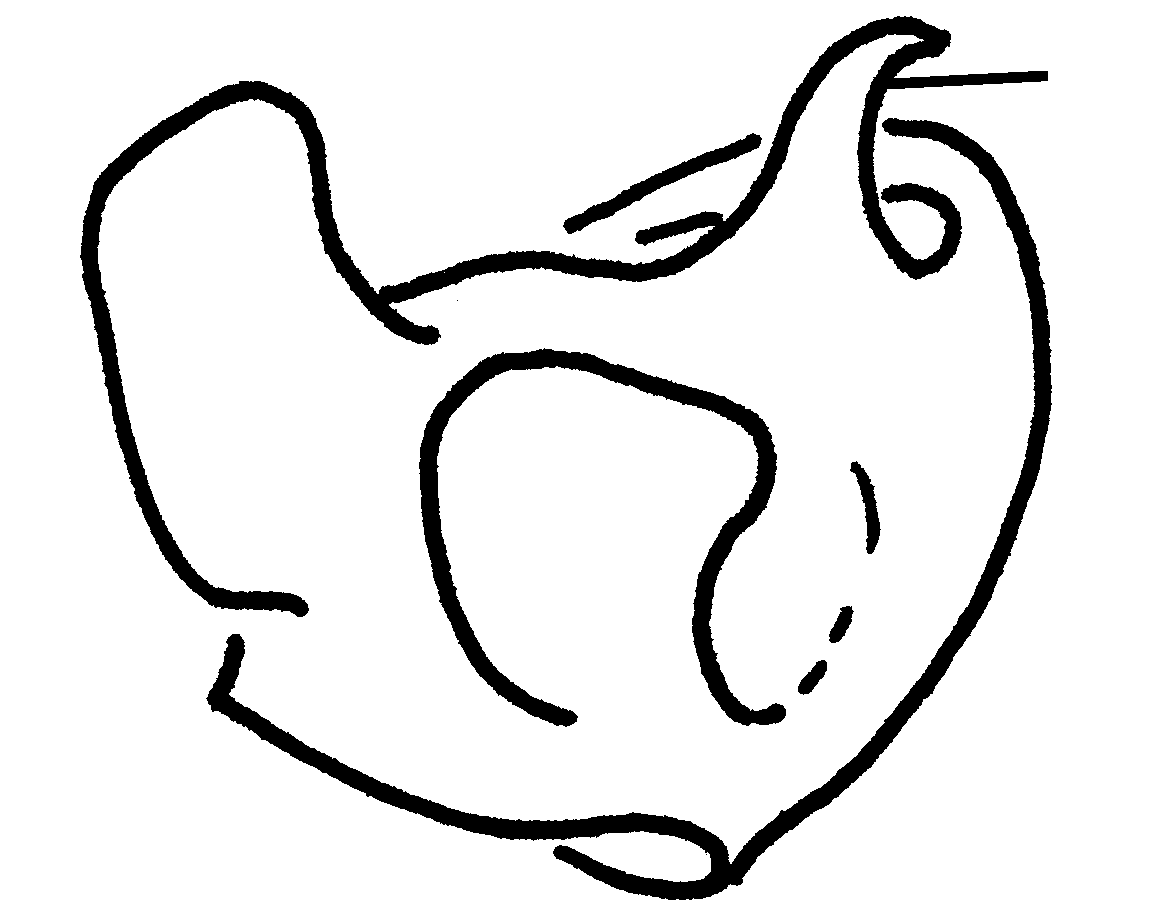 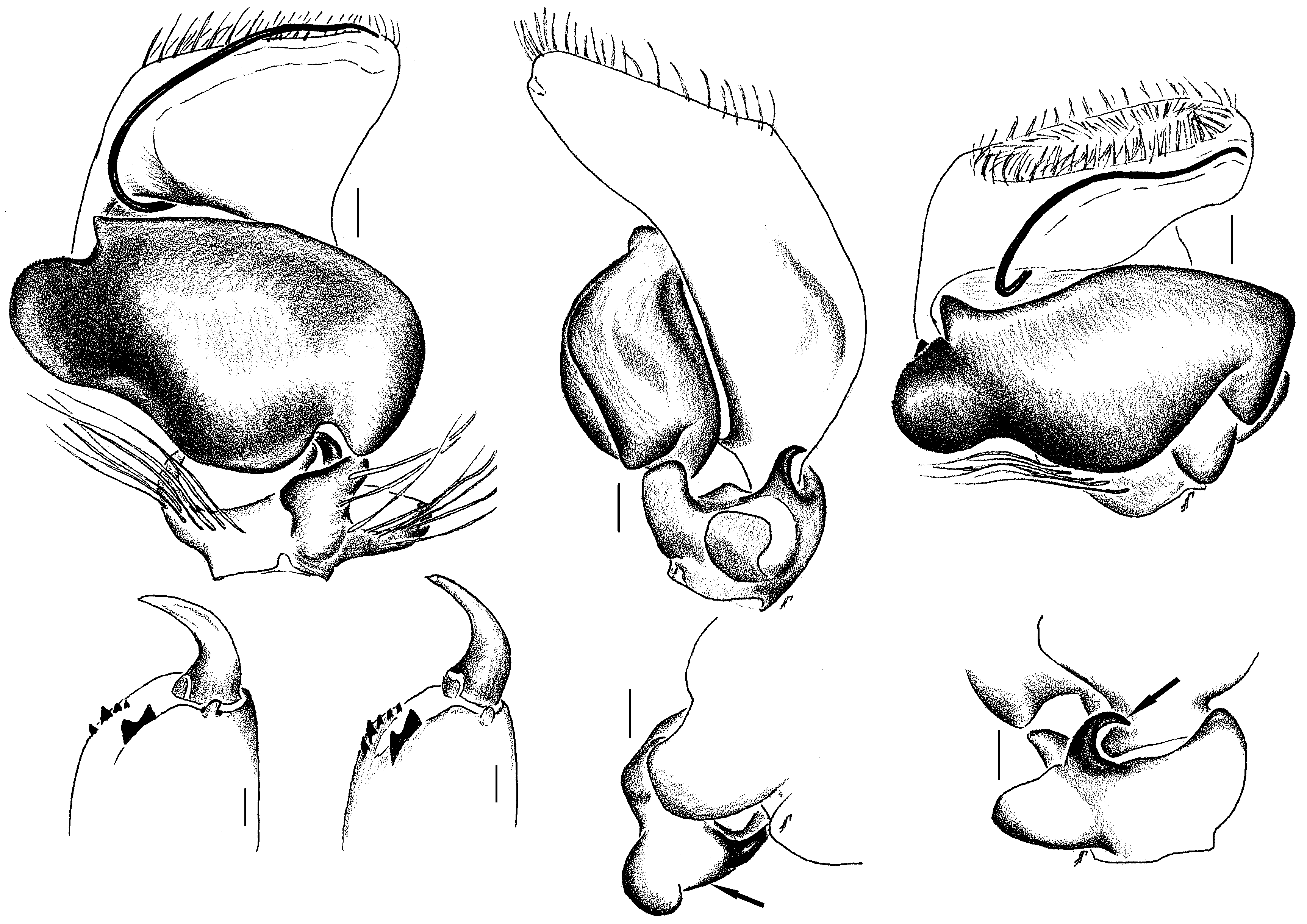