Distribution: Lernanthropus gisleri   is primarily a parasite of sciaenid fishes and was originally described from European waters (van Beneden, 1852). It has since been widely reported from both sides of the North Atlantic and in the Mediterranean Sea ( Table 3). It was first reported from Australian waters by Kabata (1979a) who examined two lots of Lernanthropus   in the collections of the University of Adelaide, one labelled from “Port Willunga” and the other “probably New South Wales”, and identified them as L. gisleri   . The hosts were Argyrosomus japonicus   (as Sciaena antarctica Castelnau   ) and Selenotoca multifasciatus (Richardson, 1846)   (as Scatophagus multifasciatus   ). Kabata (1979a) did not provide any description based on his Australian material, instead referring to his redescription of L. gisleri in Kabata (1979b)   which was based on specimens collected from Scotland.

As noted above, L. gisleri   has also been reported from Japan on Sciaena   sp. ( Yamaguti, 1936) and from China on Johnius dussumieri   (as Sciaena dussumieri   ) ( Song & Chen, 1976). Koyuncu et al. (2012) considered that Yamaguti’s (1936) report of L. gisleri   was based on a misidentification and that his material “does not belong to L. gisleri   ”. They concluded that “his specimen probably represents a new species”. On the basis of the brief description provided by Yamaguti (1936) his Japanese material is here re-identified as L. elegans   sp. nov., described above.

Remarks. Kabata (1979a) did not record the length of the females he reported from Australian waters but the females reported here from Argyrosomus japonicus   caught in South Australia, have a mean body length of 8.90 mm. The long slender body form of this material ( Fig. 20C, D View FIGURE 20 ) corresponds closely to that of the Scottish material figured by Kabata (1979b). Females of L. gisleri   collected from Argyrosomus regius (Asso, 1801)   caught off the South coast of England and stored in the NHMUK collections (Reg. No. 1960.1.19.2) exhibited a mean body length of 9.04 mm (range 8.9 to 9.2 mm, based on 5 specimens). The female body length is very similar despite the geographical separation of these records.

Based on Kabata & Gusev’s (1966) study of L. gisleri   material collected from Argyrosomus hololepidotus (Lacepède, 1801)   (as Johnius hololepidotus   ) caught off the west coast of Africa, Kabata (1979b) considered that L. gisleri   varied in size according to geographical area. The body length of females from Argyrosomus regius   caught off the Scottish coast ranged from 9.6 to 11.0 mm, compared to 6.2 mm for the African females. Kabata & Gusev (1966) also noted differences in the third legs, which were shorter relative to body length in the African material, and in body proportions. We consider that the disparity in body size taken together with these morphological differences indicate that the African material probably belongs to another related species, such as L. francai   , which has a body length of about 6 mm and occurs off the West African coast. This possibility requires further investigation. 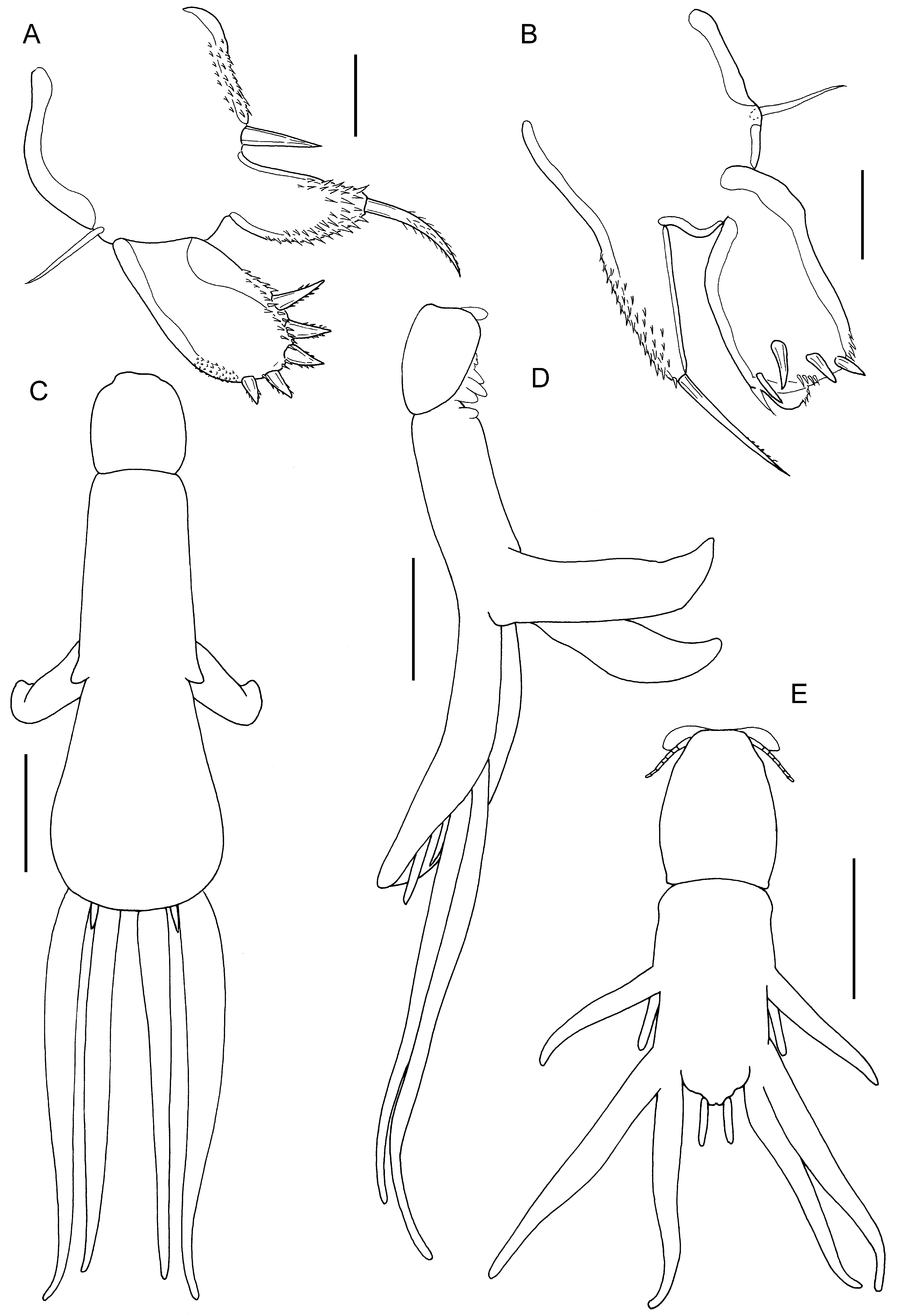