Africorchestia quadrispinosa   was first described by K.H. Barnard in 1916, but has been less studied than C. capensis   and little is known about its ecology. It is found on kelp-dominated sandy shores on the West coast of Southern Africa ( Fig 13 View FIGURE 13 ), from Cape Aghulas (Western Cape, South Africa) to the Skeleton Coast Park ( Namibia) ( Branch et al. 2008, Baldanzi et al. 2013). The abundance of A. quadrispinosa   is higher towards the northern limit of distribution (Namibian coasts), while animals are bigger in size towards the southern limit ( Baldanzi et al., 2013). The previous authors, during the collection survey in winter 2010, found no differences in size between males and females and absence of ovigerous females, suggesting a different reproductive cycle than C. capensis   , collected during the same period of time (SB pers. obs). The abundance of A. quadrispinosa   was well correlated with salinity, sand temperature, debris coverage and morphodynamic state of the shore ( Baldanzi et al. 2013). No data are available on behavioural and feeding ecology of A. quadrispinosa   . However, observations during the surveys in 2010, 2011 and 2012, lead to consider A. quadrispinosa   as a sand-hopper (sensu Bousfield, 1992), as it burrows deep in the sand when necessary. 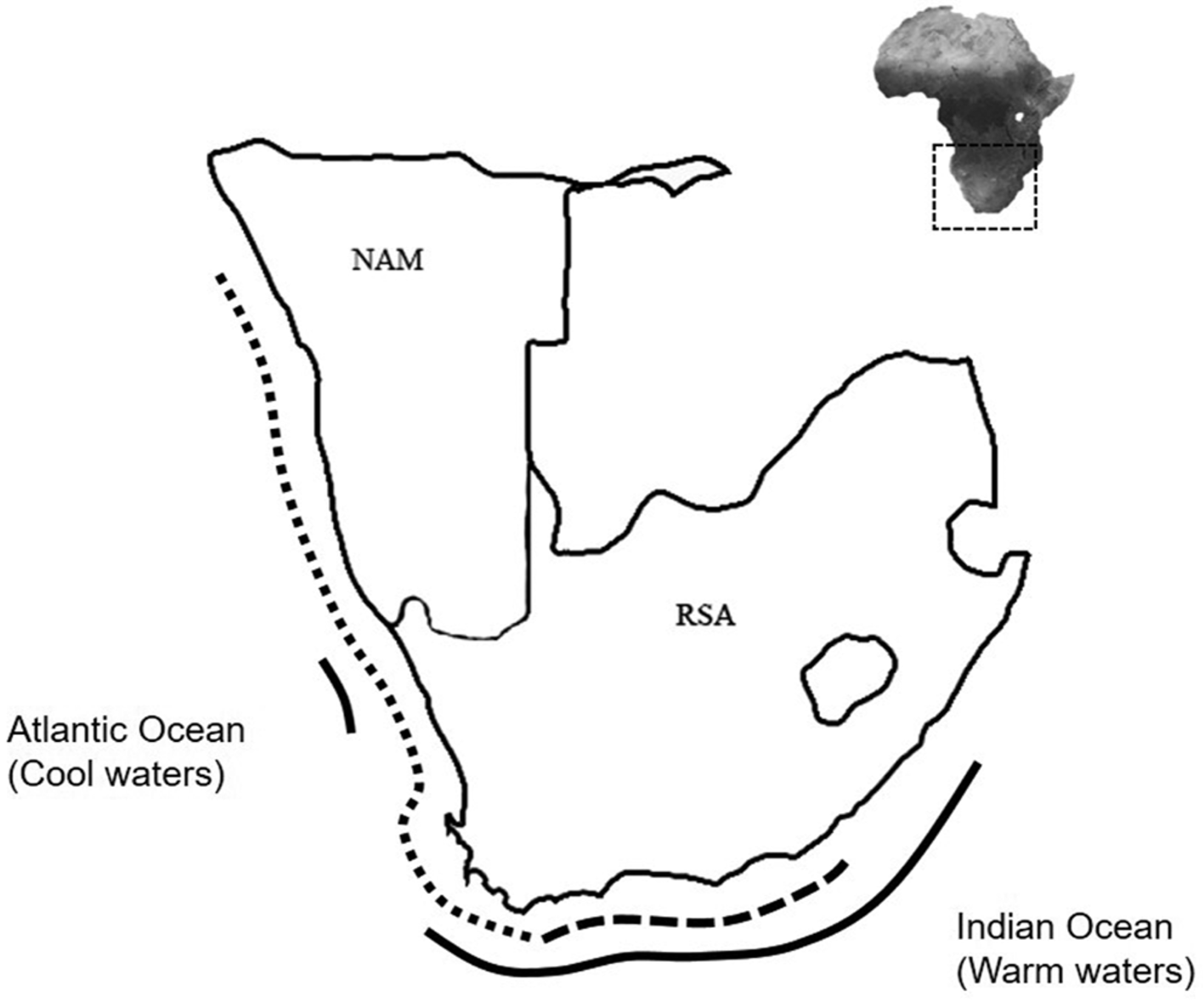