Etymology. This species is named after the Peruvian institution Universidad Nacional Mayor de San Marcos, the oldest university on the American continent. The majority of the type series are deposited in the museum (MUSM) belonging to this university. The specific epithet is treated as a latinized masculine noun in apposition.

Distribution. This species is known from the eastern foothills of the central Peruvian Andes to Bolivia, where it is likely sympatric with E. fida   .

Systematic placement and diagnosis. This species is placed as sister to Ecuadorian specimens phenotypically similar to Euptychoides fida (Weymer, 1911)   based on molecular data (unpublished). Although there are some slight wing pattern differences between Ecuadorian specimens and the syntypes of E. fida   from Bolivia, they appear to be conspecific or at least sister taxa, and we thus describe this new species provisionally in Euptychoides   . Euptychoides sanmarcos   n. sp. is distinguished from syntypes of Euptychoides fida   in MNHU (two males and one female, examined) by having a relatively straight VHW postdiscal band and lacking the whitish coloration distal to VHW postdiscal band. The VHW postdiscal band appears somewhat jagged in syntypes of E. fida   , and there is a whitish coloration distal of this band, which also extends along the VHW inner margin. In addition, the VFW postdiscal band seems to terminate close to 2A in E. sanmarcos   n. sp., whereas this band terminates half way between Cu 2 and 2A in those syntypes of E. fida   . Based on the female genitalia of one of the syntypes of E. fida   dissected by Lee D. Miller (genitalia vial M-9151), the female genitalia of E. fida   and this species appear to be similar. The genitalia vial number (M-9051) associated with this female syntype does not correspond to the genitalia of this E. fida   , and the correct vial (M-9151) was determined by the genitalia dissection list prepared by Lee D. Miller, with Jacqueline Y. Miller’s assistance. It should also be noted that this female syntype has been erroneously identified as a male and is indicated as such on labels pinned with the specimen. 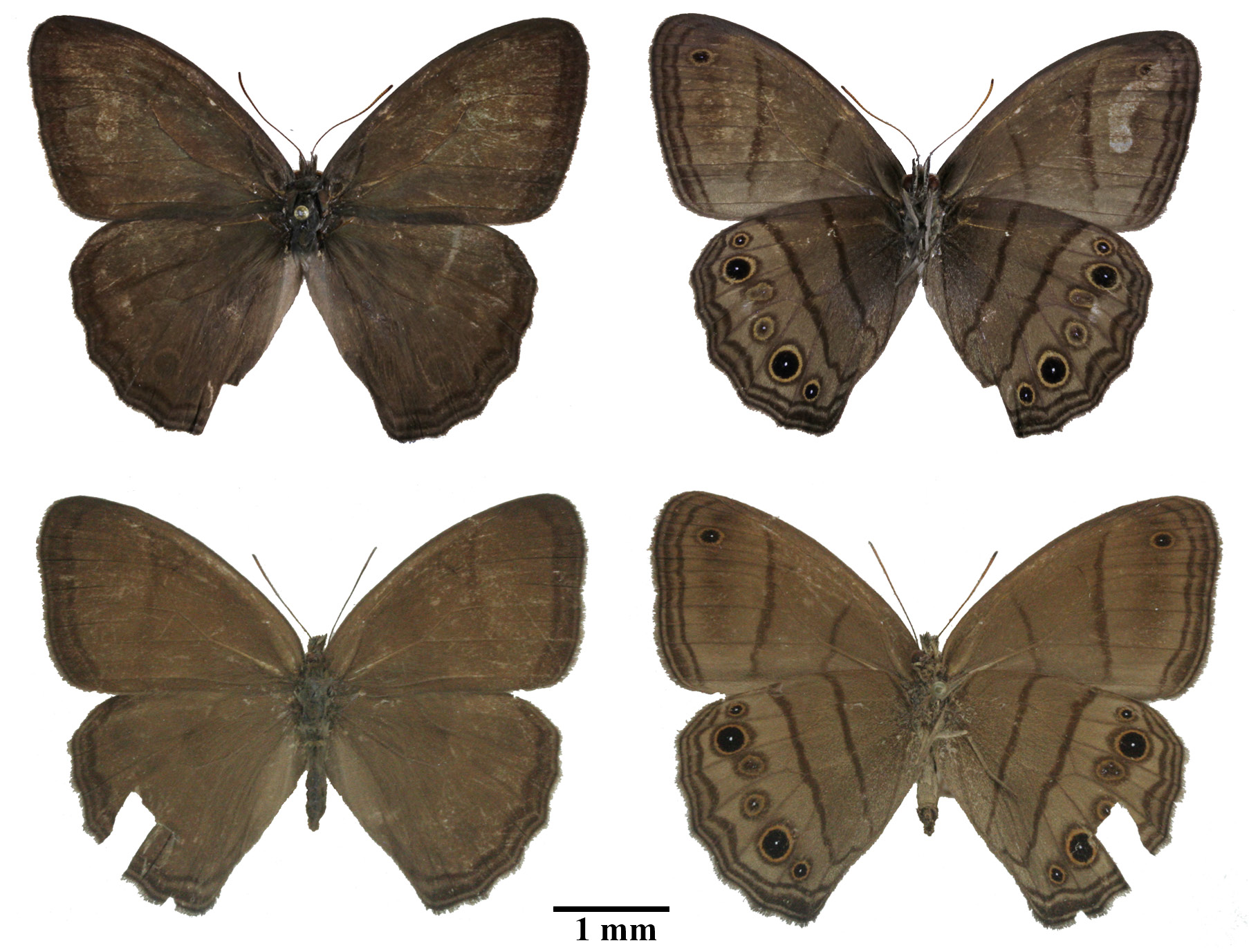