ETYMOLOGY. –– The specific epithet makes reference to Veracruz (meaning “true cross”), the name of the Mexican state in which these specimens were collected.

Leg 2 ( Fig. 2B). Intercoxal sclerite (coupler) and coxa as in leg 1. Basis with slender basipodal seta on outer margin, row of spinules at insertion of seta. Distal margin with moderate disto-medial expansion and row of spines between insertion point of exopod and endopod. Endopod and exopod 2-segmented. Armature as in Table 1.

Leg 3 ( Fig. 2C). Intercoxal sclerite and coxa as in leg 1. Basis as in leg 2. Endopod and exopod 3-segmented; inner margin of exopodal segments with hair-like ornamentation; first exopod with distal row of spinules. Armature as in Table 1. 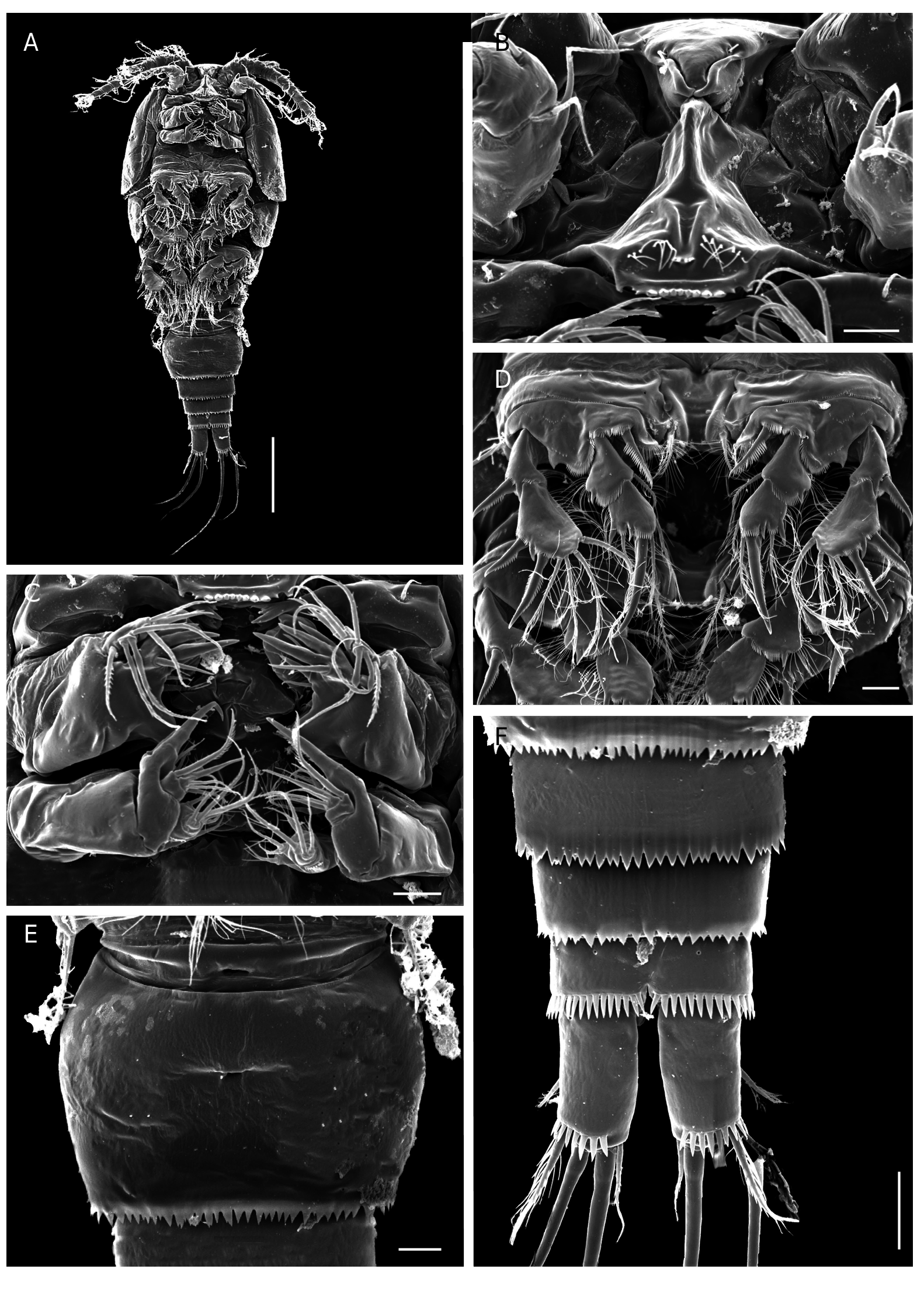 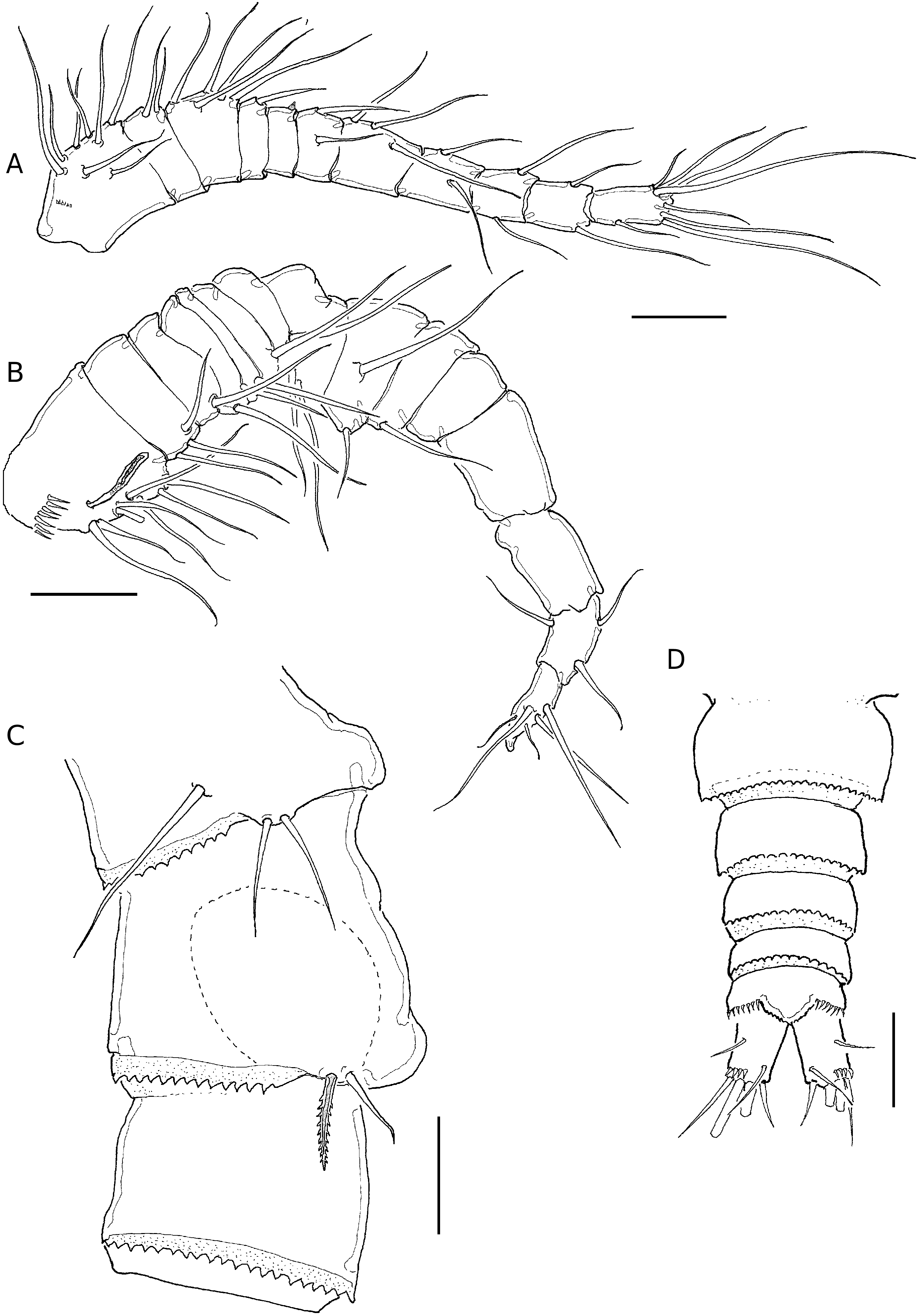 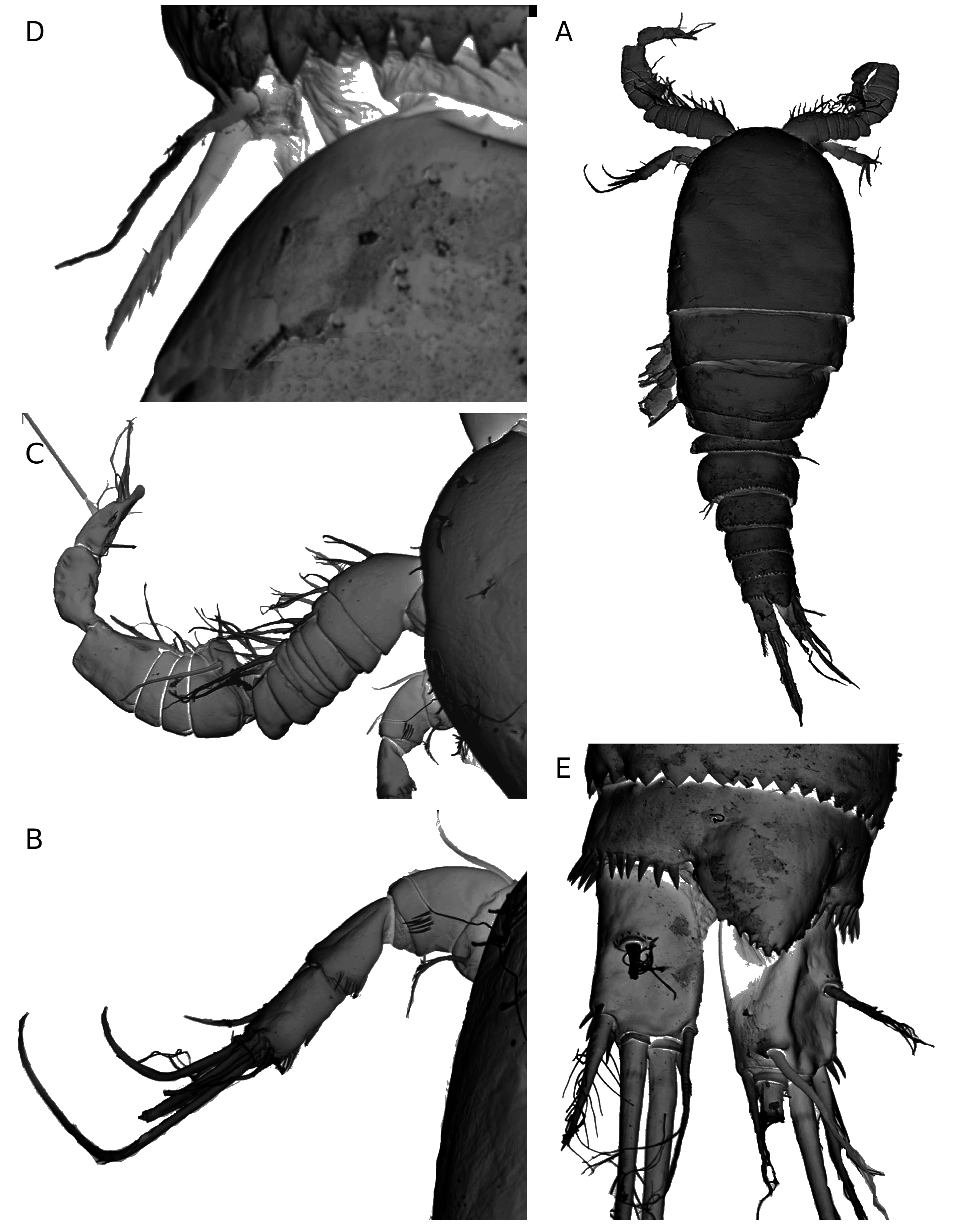