This species is known only from three specimens collected from a single locality near the town of Gisenyi on the shores of Lake Kivu in Rwanda ( Figure 8b View Figure 8 ) .

An IUCN conservation assessment of P. kivu sp. nov. has not yet been carried out, but given the fact that this species is known from only three specimens from a single locality, and no specific threats are known, it would probably be regarded as Data Deficient. In addition, this species is not found in a protected area.

The new species is named for Lake Kivu, Rwanda in the Albertine Rift Valley, where this species was first collected. The specific epithet kivu is used as a Latin noun in apposition. The vernacular name is the Kivu crab.

Lake Kivu (1463 m asl) is a small (100 km long by 50 km wide), deep lake (480 m) situated in the Western Rift Valley as part of the Albertine Rift which is divided by the border between the DRC and Rwanda, with the large Idjwi Island in Lake Kivu lying in the DRC. Lake Kivu now drains southwards into Lake Tanganyika via the River Ruzizi (but historically Lake Kivu drained north into Lake Rutanzige before being blocked by volcanic activity in the mid-Pleistocene; Worthington and Lowe- McConnell 1994). Little is known about the habitat and ecology of P. kivu sp. nov. Lake Kivu is part of Lake Victoria Basin Freshwater Ecoregion 521 ( Thieme et al. 2005; Abell et al. 2008). Four other species of freshwater crabs are known from Lake Kivu ( Cumberlidge and Meyer 2011); two are endemic ( P. idjwiensis and P. bourgaultae ) and two ( P. lirrangensis and P. mutandensis ) have a wider distribution. Potamonautes kivu sp. nov. is the fifth species known to occur in this lake.

It is of interest that a small juvenile male belonging to an unidentified species of Potamonautes ( NHMUK reg. 2018.105, formerly NMU TRW 1972.08 ) was also collected from Lake Kivu together with the holotype and paratypes of P . kivu sp. nov. described here. Although it was not possible for us to identify this specimen, it is clear from its undeveloped abdomen, gonopods and chelipeds at CW 19.6 mm that it belongs to a much larger species than P . kivu sp. nov. (one which would be adult at this size). Furthermore, the cheliped and carapace characters of the unidentified specimen (although under-developed) indicate that it does not belong to P. lirrangensis , the only species known to occur in Lake Kivu that grows to a large size (cf. Cumberlidge and Meyer 2011). 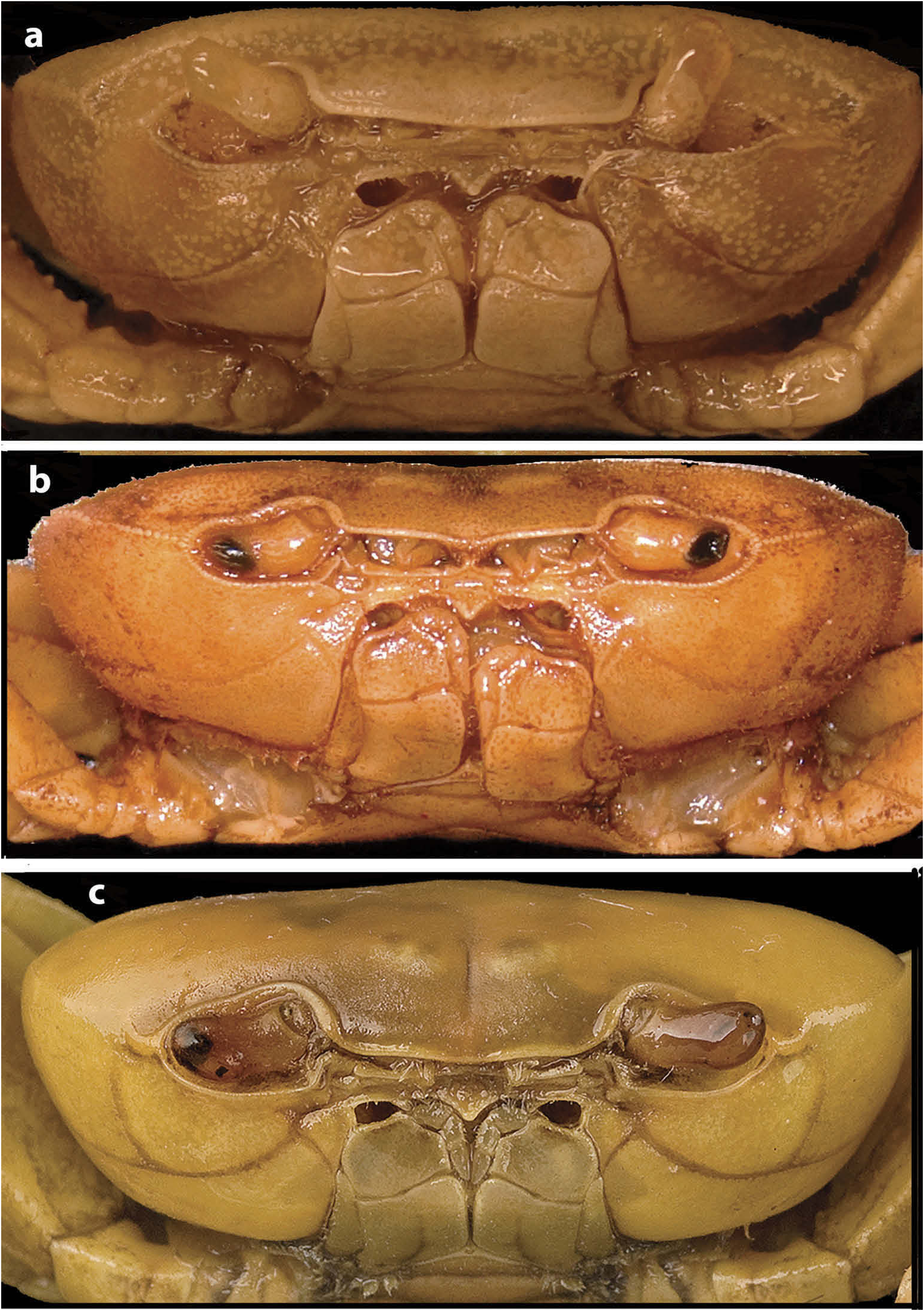