Pisonia horneae   is distinguished from congeners from Puerto Rico by a combination of the following characters: leaves membranaceous and puberulous, twigs puberulous, fruits elliptic-oblanceolate and grayish with 10 rows of viscid glands along their whole length.

Pisonia horneae   is found in moist limestone forests at low elevations in the Northern Karst of Puerto Rico (10-150 m; Fig. 3 View Figure 3 ), frequently on slopes and forest edges with relatively undisturbed vegetation. In eastern Puerto Rico, the species have been recorded from volcanic moist substrates from approximately 10 to 300 m (Fig. 3 View Figure 3 ).

Although P. horneae   is a species from low elevations and can grow near the coast, it has not been observed as part of the coastal vegetation. In contrast, the congener P. subcordata   is distributed on coastal zones directly exposed to sea spray on elevations typically less than 10 m.

Pisonia horneae   sheds leaves during March and April. After shedding, the plant usually produces flowers by April, though flowers have been also recorded in January. Fruits have been recorded in May and June.

As with other tree species of Pisonia   from Puerto Rico, P. horneae   is locally known as corcho.

We are honored to dedicate this species to Frances Elvira Worth Horne (1873-1967), an American illustrator who lived in Puerto Rico and, for 45 years, painted its plants and birds. Ms. Horne composed 750 watercolors of Puerto Rican plants to complement Nathaniel Lord Britton’s Flora Borinqueña ( Jackson 1997), a popular book on common plants of Puerto Rico which was never published. Only 44 of her plant watercolors were published in the botanical journal Addisonia   from 1922 to 1932 (Jackson, 1997), while 48 were included in the book Common Trees of Puerto Rico and the Virgin Islands ( Little et al. 1977). She donated her collection of plant watercolors to The New York Botanical Garden in 1963 ( Jackson 1997), which can be consulted at http://plants.jstor.org [accessed 02.08.2017]).

Pisonia horneae   can be considered a rare to locally occasional species. Despite its broad distributional range along the Northern Karst of Puerto Rico, trees of P. horneae   are usually found isolated or forming small groups. The only localities where we have observed the species as locally common include a few karstic ravines in the municipality of Quebradillas and some limestone hills with relatively undisturbed forest in Ciales (Bo. Hato Viejo) and Dorado (Bo. Rio Lajas). Pisonia horneae   seems to be extremely rare outside the Northern Karst, as the species is only known from three scattered localities in eastern Puerto Rico in the municipalities of Rio Grande, San Lorenzo, and Yabucoa. In Rio Grande, P. horneae   seems to be uncommon and is only known from a single specimen (described below) and an unvouchered observation of a solitary sapling made in 2006 by biologist J. A. Sustache from the SJ Herbarium (pers. comm.). The authors visited the historical locality of Cerro Gregorio in San Lorenzo in December 2016, but no Pisonia   were located. The locality in Yabucoa contained a single individual; however, it was fruiting and multiple seedlings were observed around the tree, suggesting the presence of additional individuals at the site (see Discussion section).

Pisonia horneae   is currently designated as a critical element of the flora of Puerto Rico by the Department of Natural and Environmental Resources of The Commonwealth of Puerto Rico (listed as P. woodburyana   ) ( DNER 2008). It is also preliminary considered as an “Imperiled” (sensu NatureServe) or “Vulnerable” (sensu IUCN Red List) species by Gann et al. (2015-2017). 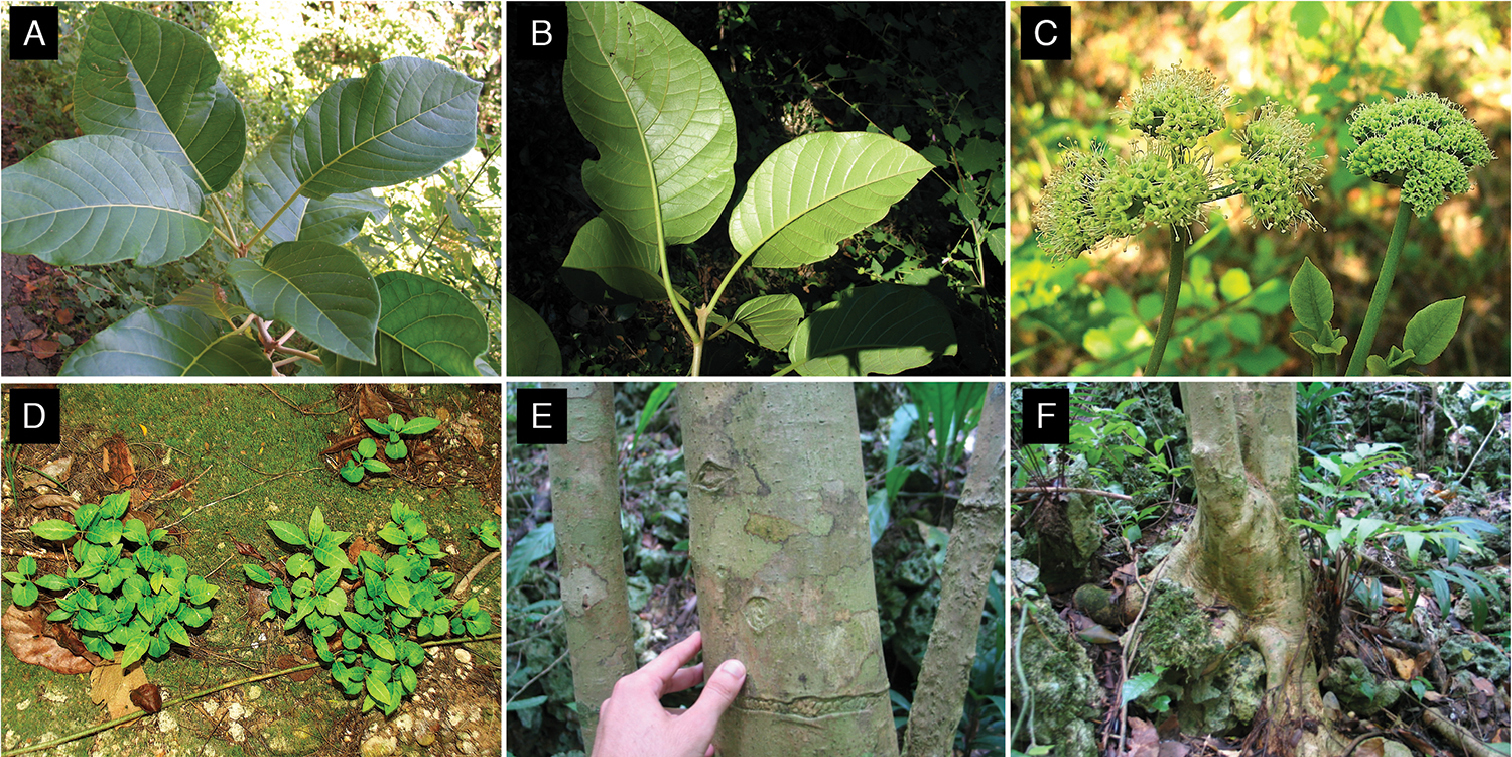 Figure 1. Pisonia horneae. A Branch showing adaxial side of leaves B Abaxial side of leaves C Staminate (left) and pistilate (right) flowers at anthesis D Seedlings E Bark F Lower trunk of an adult tree. Note the characteristic swollen base observed in all Pisonia from Puerto Rico, where the trunk base wraps over the rocks as it grows. Photo credits: A-B, E-F: JCTT; C-D: MACO. 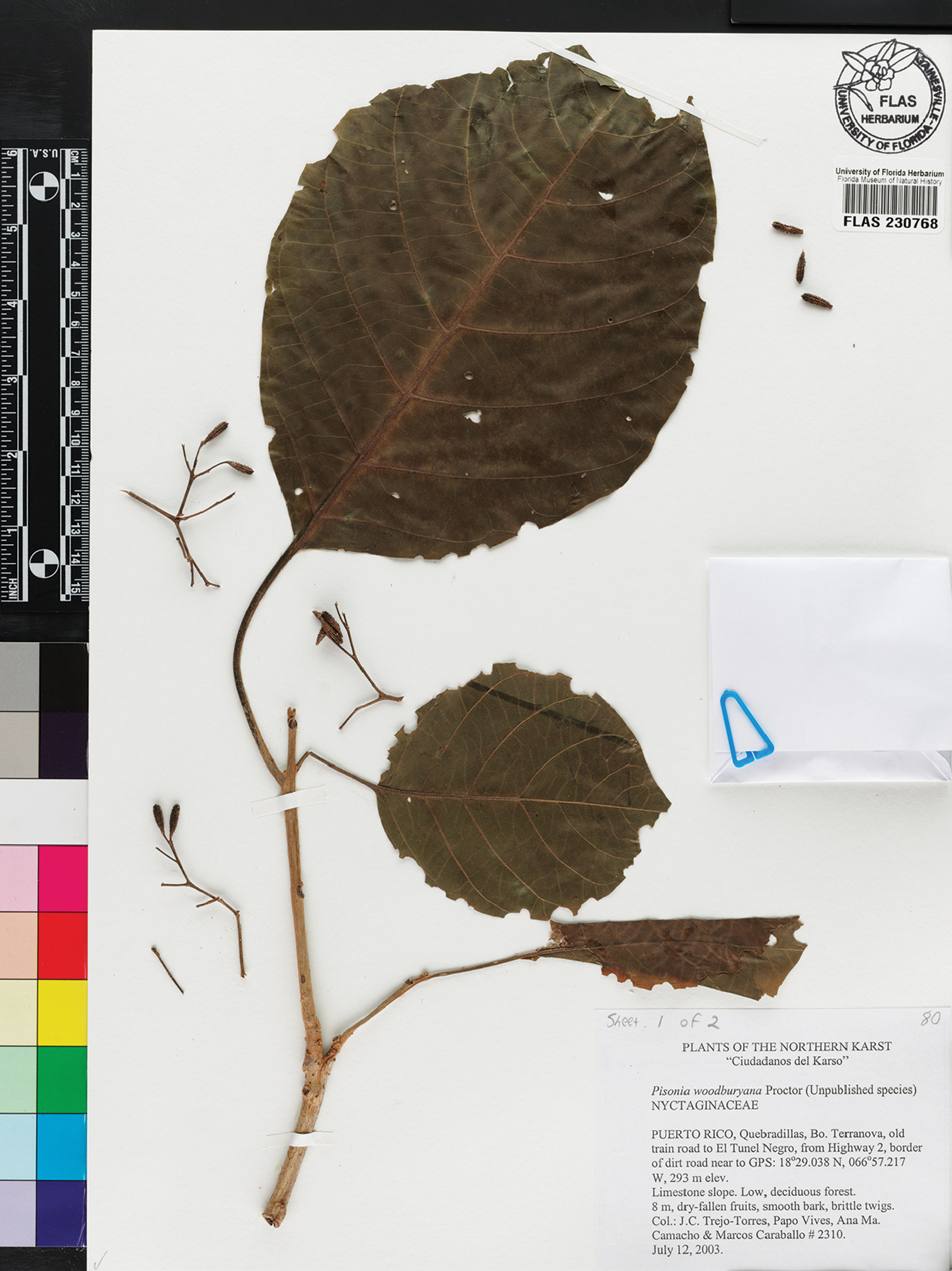 Figure 3. Distribution of Pisonia (excluding P. aculeata) in Puerto Rico and adjacent islands based on herbarium specimens. Empty symbols represent historical localities where populations have been presumably extirpated (see Trejo-Torres 2005 and this study for details).