Subgenus Myotis ; muricola species group. Closely related to M. ater (which see). Based on genetic data, morphometric data, and dentition, three taxa ( latirostris , caliginosus , and moupinensis ) previously considered races of this species have been moved to genus Submyotodon , hitherto known only from fossil material. Populations of Philippines and Sulawesi previously attributed to this species are now placed tentatively in M. brown: (which see). Internal taxonomy requires revision: populations of Moluccas and Lesser Sundas represent a species complex, as none of the individual island populations seem to cluster together monophyletically. Bornean populations form a monophyletic clade that is sister to a clade formed by South-east Asian and Sumatran populations. Form niasensis (Nias, off western Sumatra) may be a distinct race or species. Monotypic.

Descriptive notes. Head-body 41-51 mm, tail 35-49 mm, ear 10-6—14- 6 mm, hindfoot 4-6- 8 mm, forearm 31-2-38- 6 mm; weight 3-2-6- 5 g. Pelage of the Nepalese Whiskered Myotis is soft and thick; dorsally dark brown (hairs with black or dark brown roots and dark brown to russet brown tips); ventrally slightly paler (black roots and buff brown tips); dorsally light gray in subadults. Face is bare along rostrum and immediately around small eyes, but there is a well-developed fringe of hairs on upper lip. Ears are fairly small and narrow; tragus is long, narrow and straight, with bluntly pointed tip. Hindfeet are small; wing membrane attaches to base offirst toe; calcar has well-developed postcalcarial lobe. Baculum is small and saddle-shaped, with rounded tip. Skull is smaller than in the Common Whiskered Myotis ( M. mystacinus ), generally smooth in profile and with comparatively flattened rostrum and braincase compared to the Common Whiskered Myotis and the Himalayan Whiskered Myotis (M. siligorensis ); sagittal crest and lambdoid crests are very weak. C' exceeds height of P* P? is about two-thirds of crown area of P?, both of which are small and within tooth row (P? is sometimesslightly displaced lingually); P, is about half the crown area and height of P,, both being within tooth row; lower molars are myotodont. Chromosomal complement has 2n = 44 and FN = 50 ( Thailand).

Habitat. The Nepalese Whiskered Myotis can be found in a variety of primary and secondary, lowland and montane forests, as well as scrub, secondary growth, and gardens. Recorded at elevations from sea level up to 1400 m in Vietnam and Myanmar, to 3200 m in Nepal.

Food and Feeding. The Nepalese Whiskered Myotis flies fast and has been seen foraging in forest understory, above roads, and in gaps in forest along streams, generally staying within the cover of the forest. It is insectivorous.

Breeding. In Vietnam, pregnant females were found in first half of April; lactating females were caught in April in Lam Dong Province, and November in Cat Tien. These data suggest that the species may have two peaks in births.

Activity patterns. The Nepalese Whiskered Myotis leaves the roost shortly before sunset to forage. It roosts in tightly rolled leaves of various broadleaved trees; it seems to favor banana leaves for roosts but has also been seen roosting in caves and tree hollows. Call shape is a steep FM call with start frequency of 118 kHz, end frequency 55-3 kHz, frequency of maximum energy 82-3 kHz, duration 5-2 milliseconds, and pulse interval 59-4 milliseconds ( Thailand). In Singapore, frequency of maximum energy was recorded at 57-2 kHz.

Status and Conservation. Classified as Least Concern on The IUCN Red List. As currently defined, the Nepalese Whiskered Myotis is widespread and relatively common. 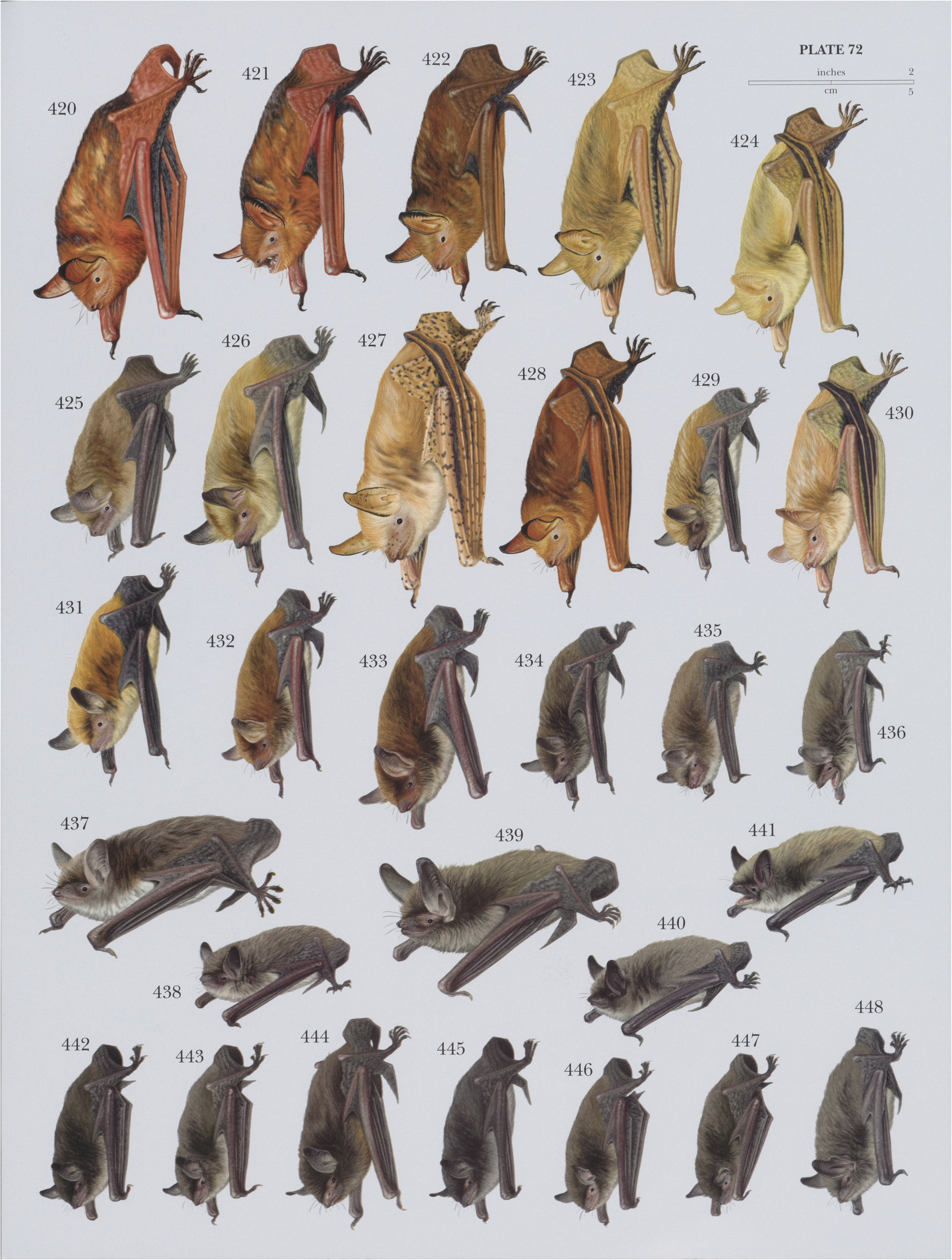 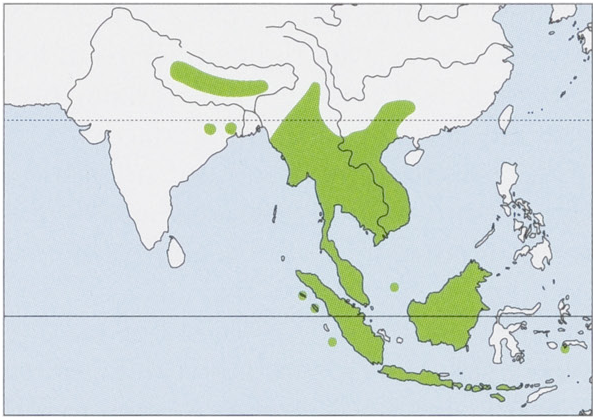