Type locality. The type locality is in Iron Pot Creek , an upper tributary of the Richmond River , approximately 30 km NW of Kyogle (28°28'30"S 152°45'E). The site is approximately 500m upstream of the junction of Murray Scrub Management Trail and Iron Pot Creek . The site is in the rainforest of Toonumbar National Park , at an elevation of 560m. The stream where the specimens were collected was up to 10 metres in width and 1 metre in depth. Water temperature was 9°C and pH 6.65 (recorded at 3:00 PM on 6 September 2000) GoogleMaps   .

Other specimens examined. Two other specimens (26 mm OCL ♀; 37 mm OCL ♀) caught at the type locality were also examined before being released. Ratios used in the description are based on the retained specimens only.

Biology. The species is known only from one site, in Iron Pot Creek. The specimens were caught during the dry season (in September), which appears to coincide with the breeding season.

Etymology. From the Bundjalung Aboriginal language “miran”, meaning belly or chest ( Holmer, 1971; Smythe, 1978) and gujihn [gudji:n, gudi:n], meaning ochre, red or orange ( Crowley, 1978; Smythe, 1978; Sharpe, 1985). The species could be colloquially referred to as the “ochrebellied crayfish” or “orange-bellied crayfish”. The specific epithet is used as a noun in apposition. The species is bright orange ventrally like E. gumar   , although the orange colouration is more striking, remaining vivid as it extends ventrally over the walking legs, and extending well up onto the lateral branchiostegites of the carapace on larger specimens. The larger specimens in particular appear to glow orange from underneath. 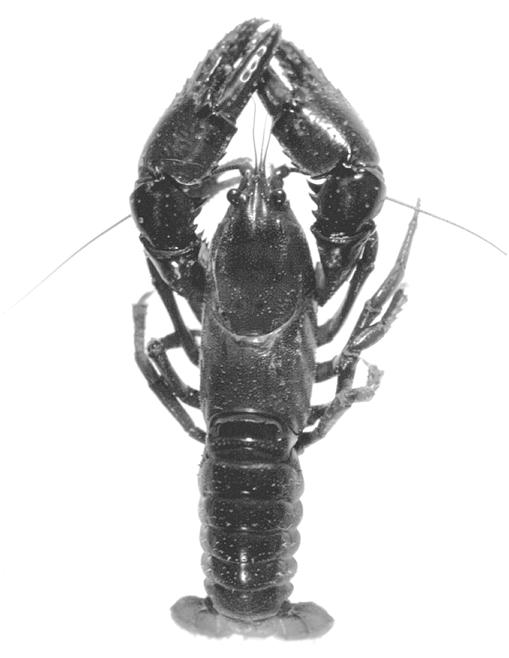 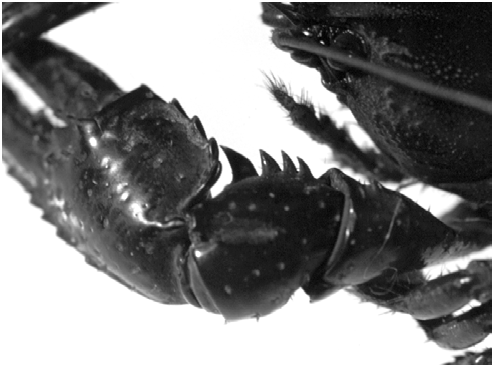 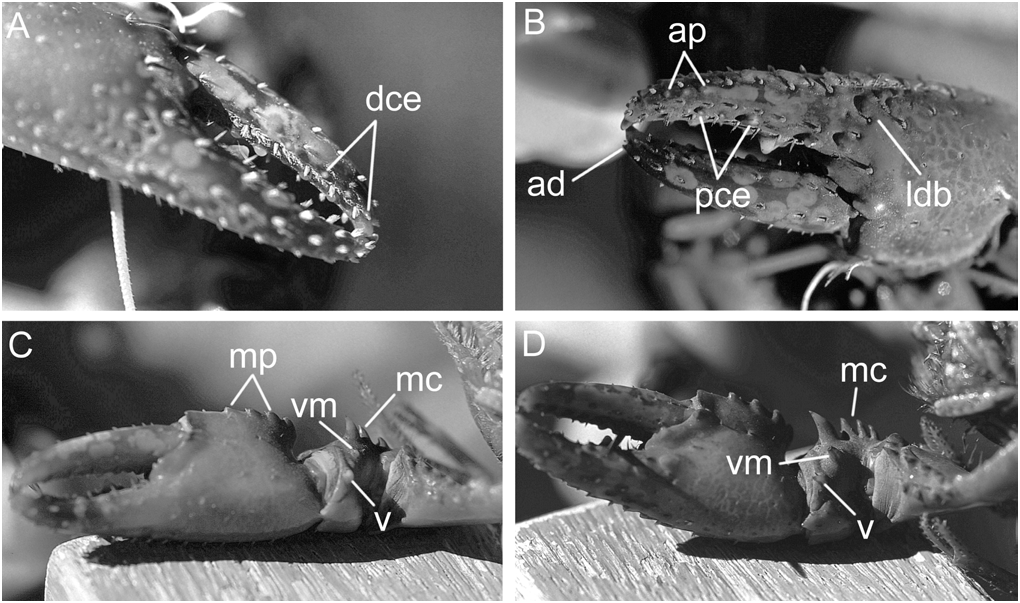