Type material. Holotype female, QM T4406, on a slide in bad condition, labelled: ‘ Lathromeroidea nigrella   ♂,♀, Anaphoidea linnaei   2 ♀’s, Signiphora ruskini Gir.   Type. ♀ 4406 | (red label) 4406). There are several coverslip fragments with several other damaged specimens, some of which do not appear to be listed on the label. The slide does not have date information, but in the original description, Girault indicates ‘Nelson, forest, 6 March 1919 ’. The propodeal sclerite was dissected; head, legs, wings and antennae were also separated. The head is broken and partially under a corner of the coverslip that is cracked.

Description. Female. Length ~ 0.6 mm. Body mostly brown; scutellum, mesoscutum and pronotum slightly lighter than metasoma (the propodeum was dissected, so it appears lighter); the legs were removed, but were described as orange. Fore wing infuscation darker from base to under seta M4; remainder of wing lightly infuscated except for a hyaline basal area posteriorly and the very apex. Face striate, frontovertex with punctations more evident. Scutellum a little less than ½ length of mesoscutum. The fore wing setation seems to be similar to other Chartocerus   but is slightly obscured. Fore wing 2.7× as long as wide, marginal fringe as long as slightly less than ½ maximum wing width. Mt1 bilobed. 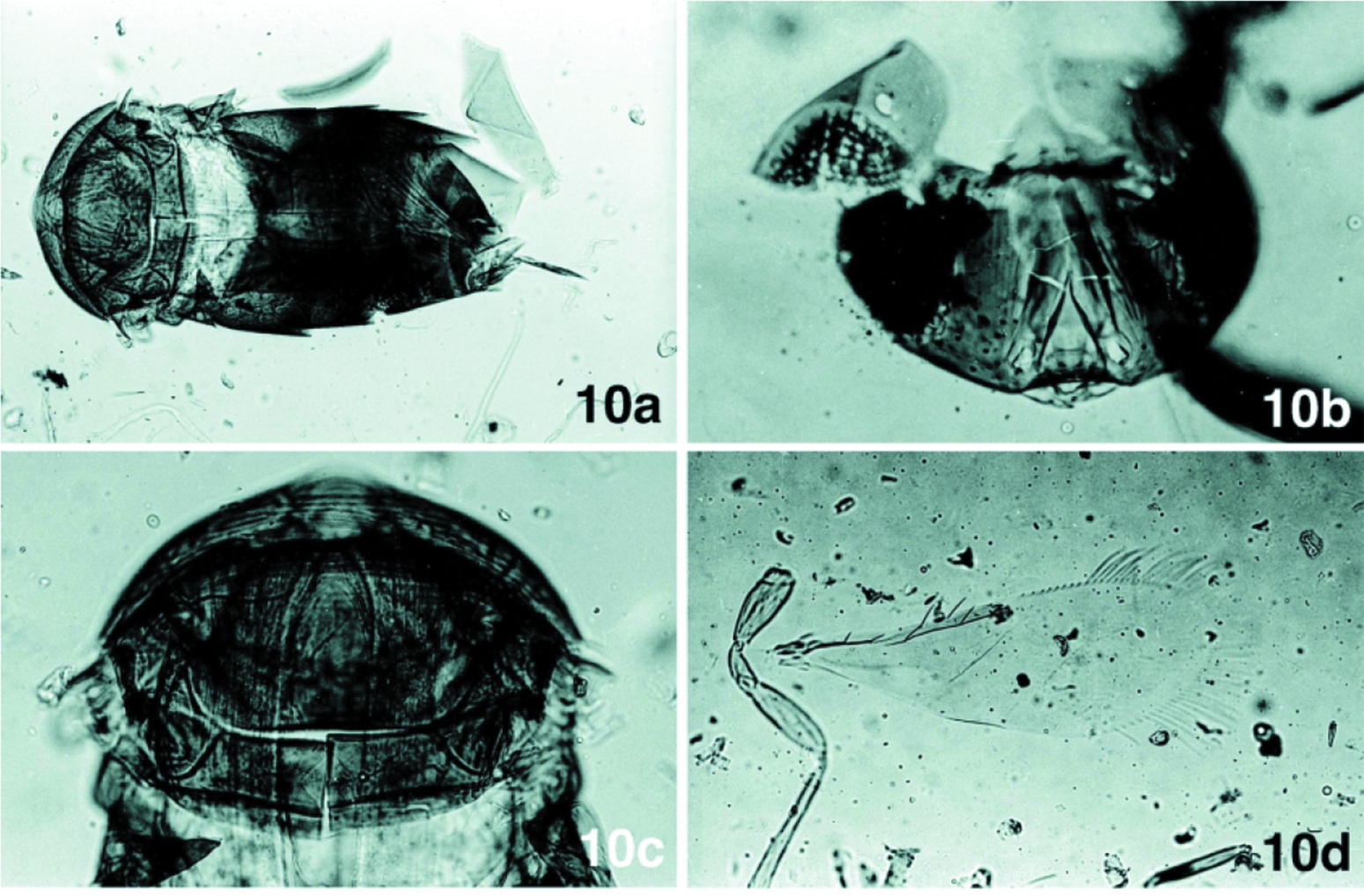