Remarks. According to Gurjanova (1962: 345, footnote), Bulycheva’s original diagnosis of P. chelatum   was incorrect in stating that the mandible has no molar. Gurjanova says that all the specimens she examined have a narrow, oblong molar process with a pointed apex and no triturating surface. Gurjanova (1962: figure 116A) shows such a structure. When Lowry (1984) diagnosed and illustrated P. chelatum   (from a specimen from the original collections) he did not record or illustrate any molar on the mandible. We have re-examined the slides used by Lowry and found that there probably is a molar present. This molar is very thin and is lying on top of the body of the mandible; it is extremely difficult to see. In the 4 mm female recorded here from Vancouver Island (NMCC 1990-0546) the molar is unmistakable. 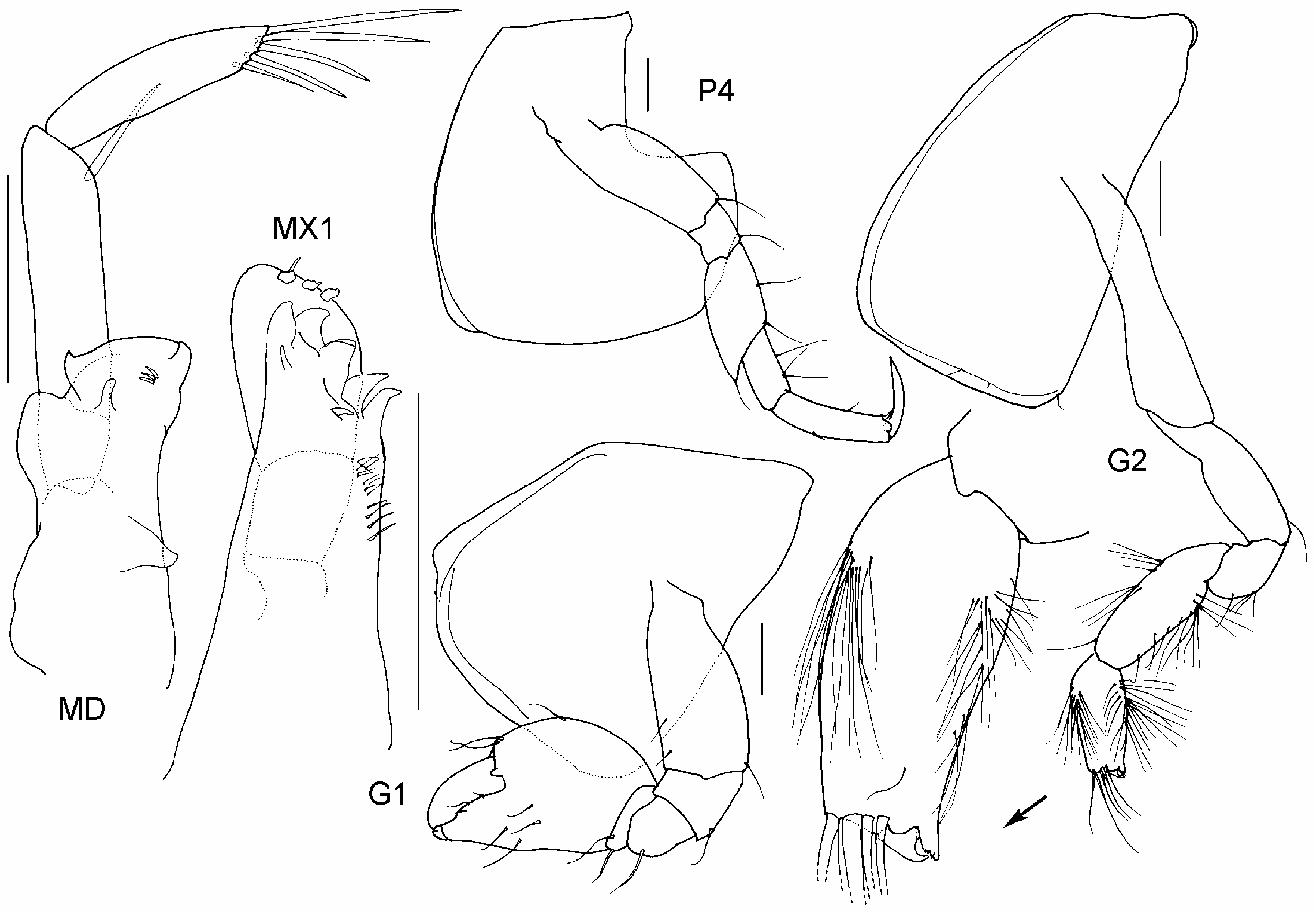