Distribution. This species is known only from the type locality ( Fig 71).

Habitat. Collected inside the cave, which is about 50 to 60m long; specimens were collected in the deepest area in complete darkness, and were moving on the ground and the walls, between bat guano and moist organic material that had washed into the cave.

Etymology. The specific name is a noun in apposition taken from the type locality.

Flagellum ( Figs. 3–5 View FIGURES 3–10 ): dorsoventrally flattened, elliptical in shape; 1.6 times longer than wide; with a pair of dorsosubmedian shallow pits. Setation: Dm1 situated over the bulb base; Dm4 situated distally; Dl2 anterior to Vl1; Dl3 at same level as Vl2; pair Vm2 present; seta Vm1 at same level as Vm2; Vm 5 distal to Vl1. One pair of anterodorsal microsetae between Dm1 and Dl2, one pair of anterolateral microsetae on flagellar pedicel, and two patches of microsetae between Vl1 and Vl2 (msp). 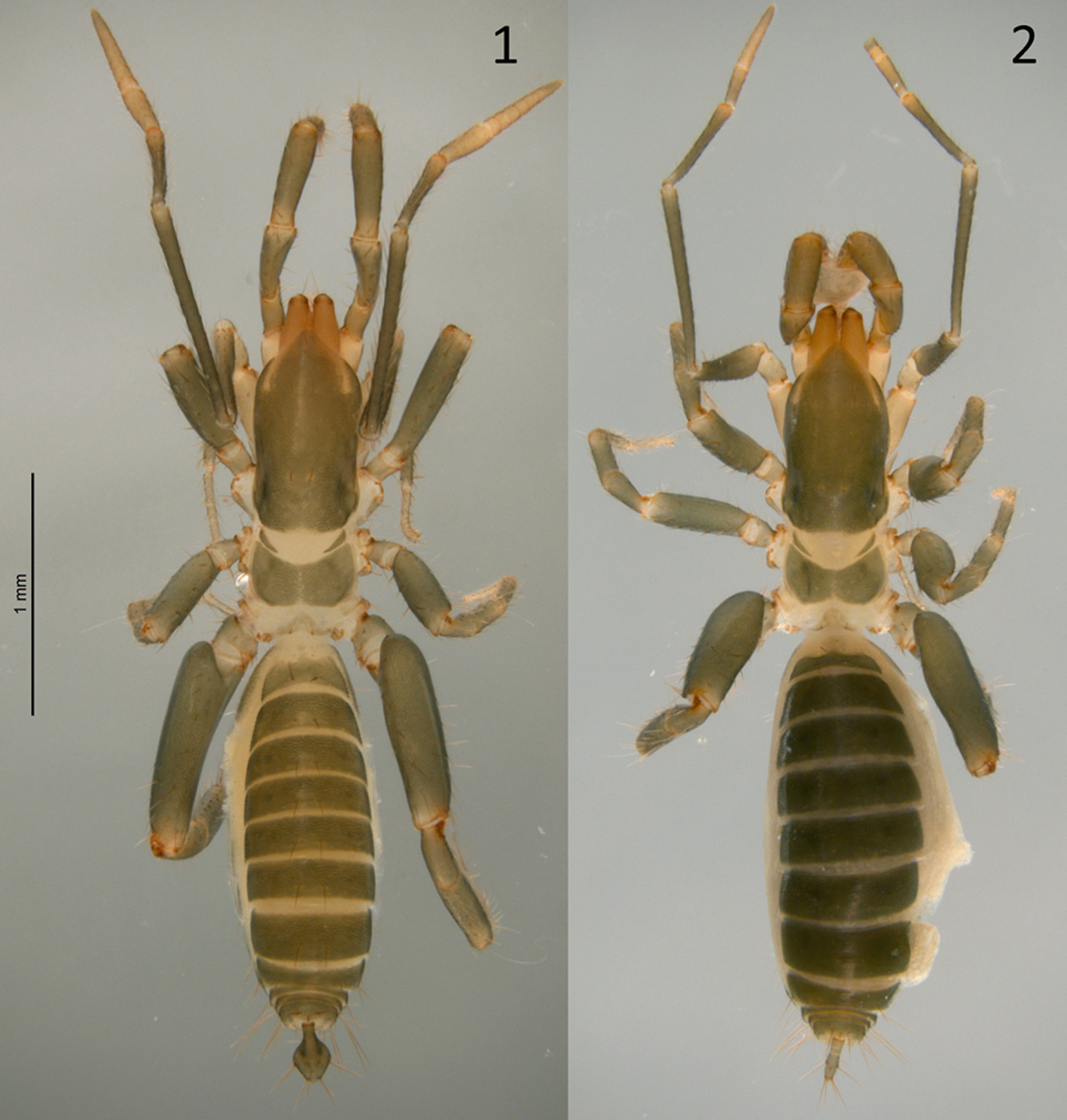 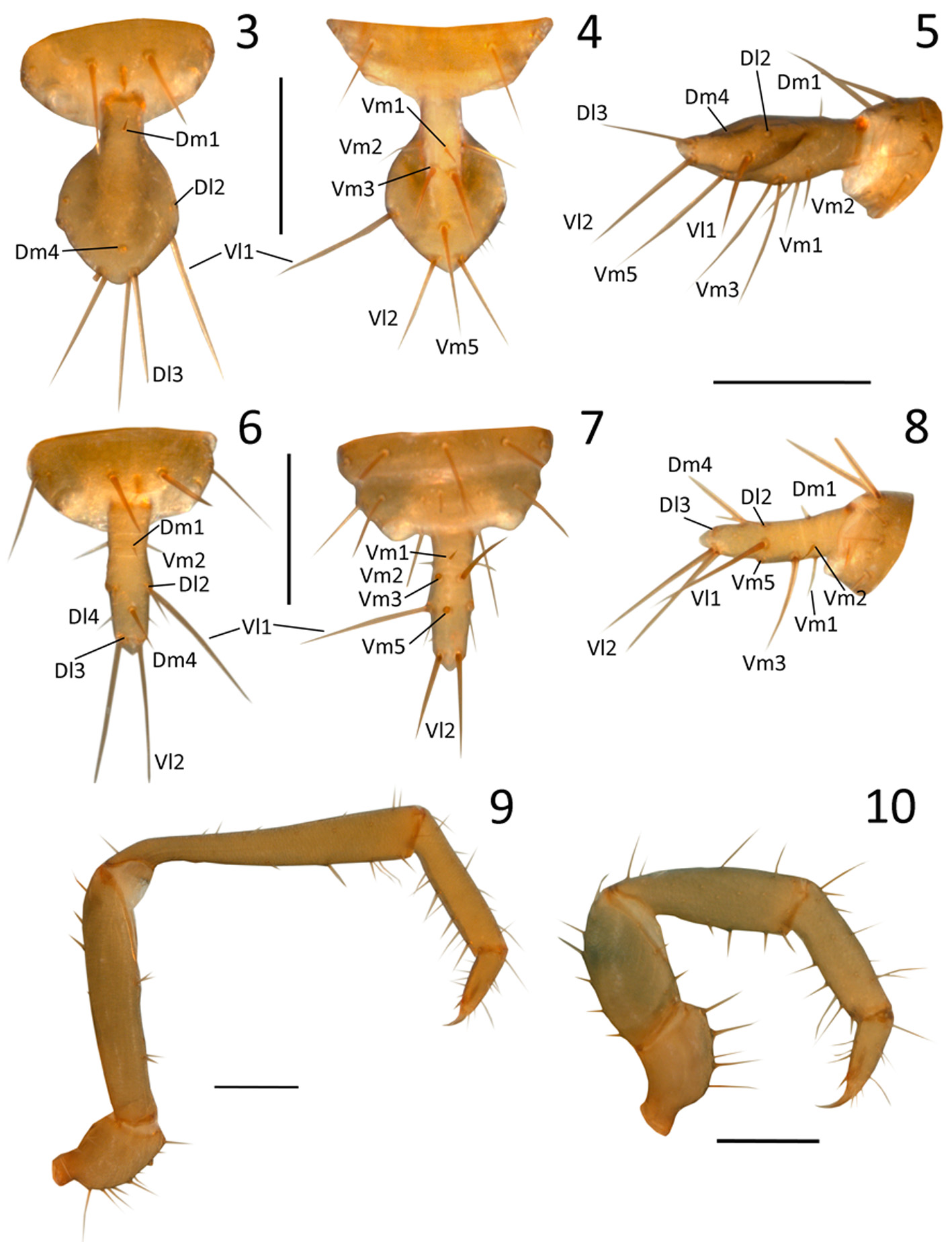 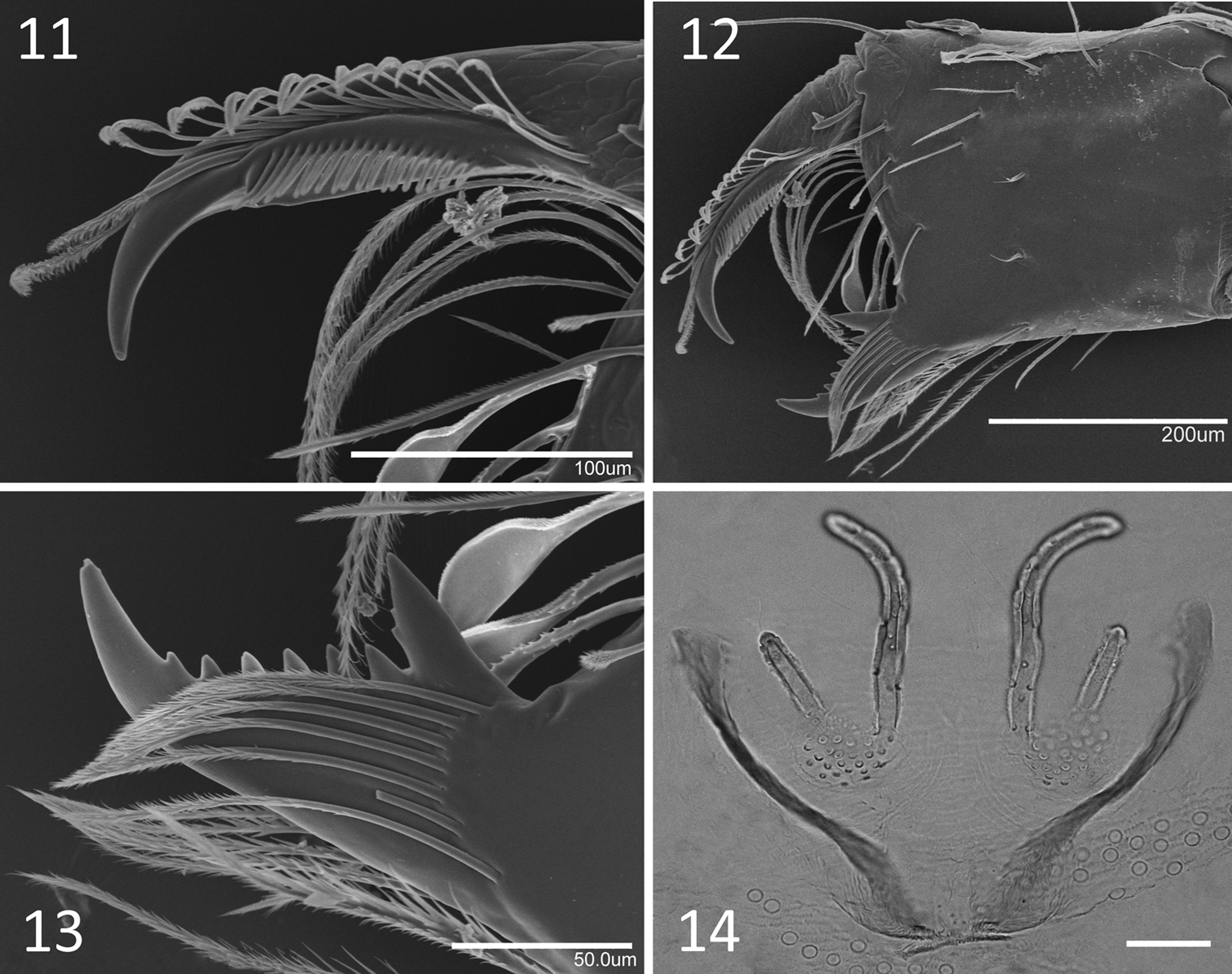