Diagnosis. A small species, forewings 38–40 mm, hind wing 33–35 mm ( Gerstaecker 1888). Wings without spots, but forewing with faint curved streak in apical third. Costal area with biaereolate cells from near base in right forewing, with fewer biaereolate cells before Rs in left forewing, the biaereolate cells regular and uninterrupted in both wings from Rs to pterostigma. The abdominal pattern and the evenly curved tibial spurs “Schiensporen bogig gekrummt” ( Gerstaecker, 1888) and its West African distribution distinguish this species from the East African S. longicornis   . It is distinguished from S. inquinatus   by its apparent smaller size and more numerous biaereolate cells before Rs, but this separation is also tentative, pending further specimens.

Comments. According to details of the type specimens ( Fig. 78 View FIGURES 76–79 ), there are two male syntypes in EMAU. Although Gerstaecker (1888) did not state the number of specimens that he studied, it is clear from the description that measurements are only provided for one specimen, which is depicted in Fig.76 View FIGURES 76–79 , and this should be regarded as the holotype of Acanthaclisis debilis   . The original label also bears an asterisk next to the name, which is indicative of Gerstaecker’s designation of a type specimen. In the original description, Gerstaecker (1888) did not refer to his earlier species, S. inquinatus   or attempt to make any comparison with this species. 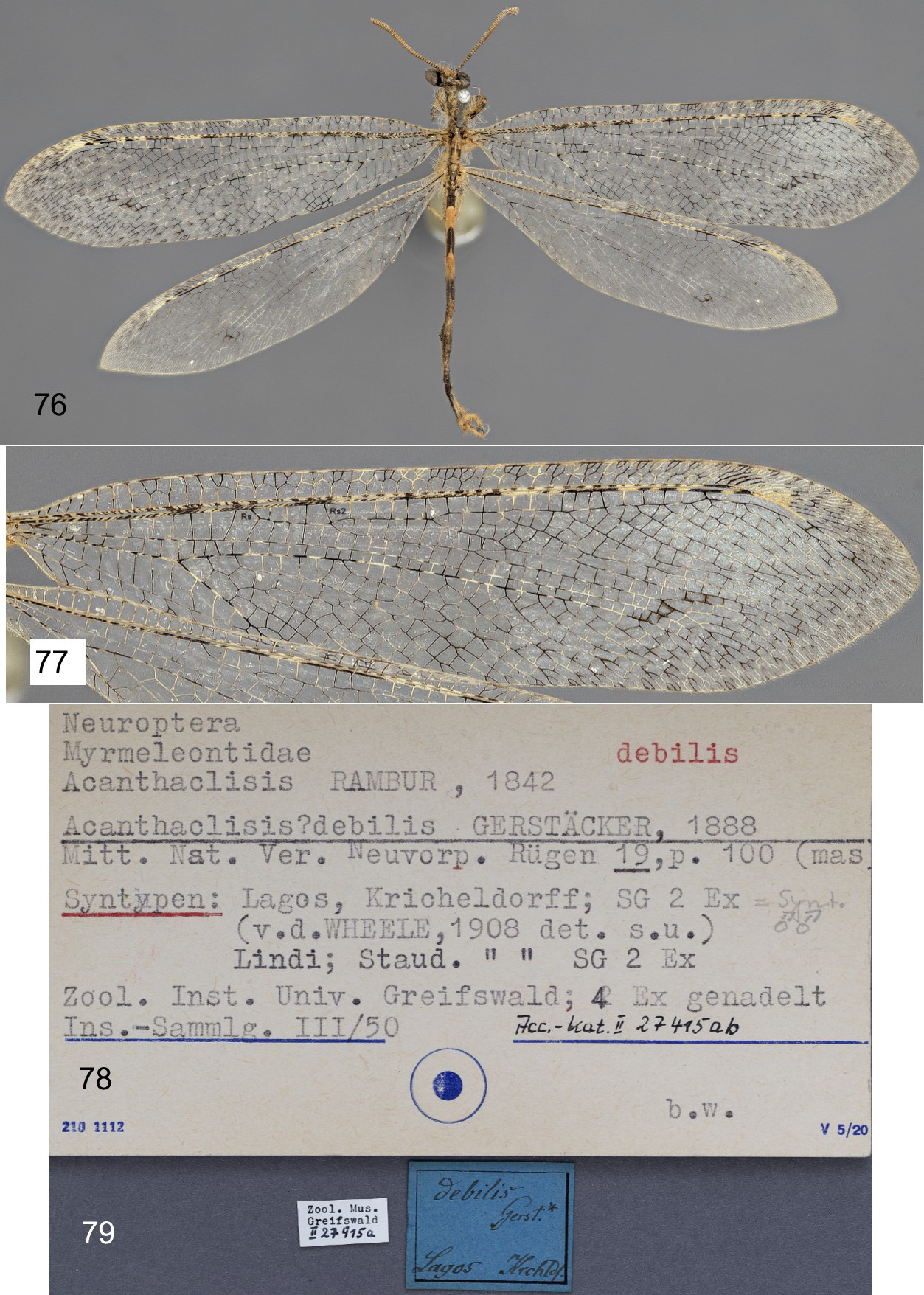