Diagnosis. Characterized by biaereolate cells from Rs to pterostigma, with the bottom row of cells (along Sc) being regular and evenly spaced. This sets it apart from its African congeners where the cells are more irregular and not as evenly spaced. There are a variable number of biaereolate cells (0–5) before Rs. This appears to be a variable character in S. maritimus   . It can be distinguished from S. medialis   by the number of biaereolate cells immediately after Rs, well before Rs2 that are usually lacking in S. medialis   . The evenly curved spurs clearly distinguish it from S. longicornis   with which it was synonymized by Ohm & Hölzel (1995), without substantiation.

Comments. Needham (1913) recorded four specimens in the original description, all from Aldabra Island, Seychelles, collected by J.C.F. Fryer in 1908. Only two of the specimens remain in BMNH. The other two, including the specimen photographed by Needham (1913, Fig. 2 View FIGURES 1–2 ) have been on loan since 2001 and possibly lost. Photographs of the remaining two, a male with terminalia detached in a vial with the specimen, and a female are available ( Figs 80, 81 View FIGURES 80–81 ). In the absence of the specimen photographed by Needham, the male depicted in Fig. 80 View FIGURES 80–81 , and labelled as below, is designated as lectotype of Syngenes maritimus Needham. 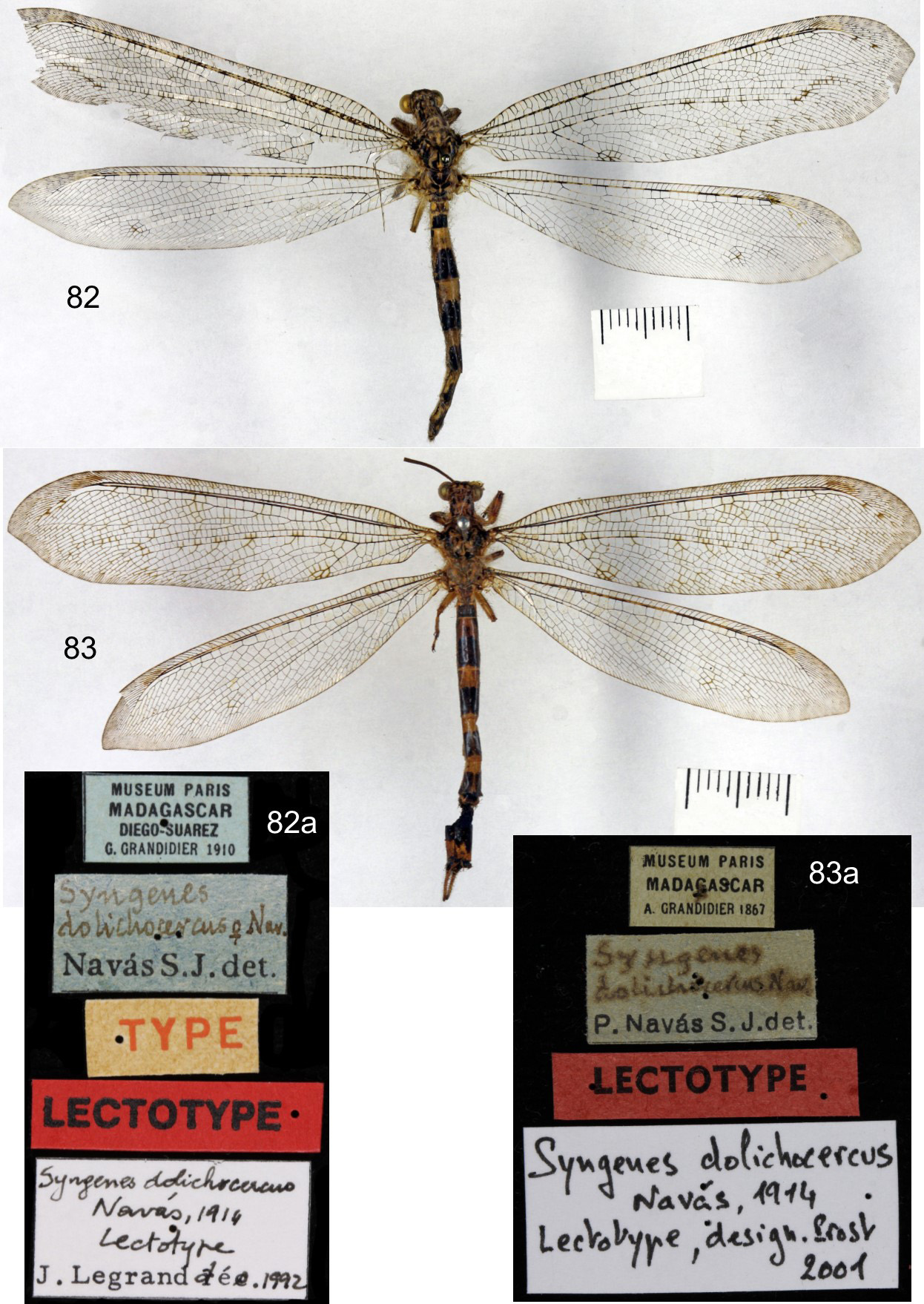