The operculum of C. dupliniana  comb. nov. agrees with that of the type species C. pallescens  (described in Bouchet 1985). Its radula has a superficial resemblance with the description of C. pallescens  by Bouchet & Guillemot (1978) and Bouchet (1985), despite significant differences: C. dupliniana  comb. nov. has more marginal teeth (eight, instead of five or six), a completely different central tooth (seven cusps with varied sizes, instead of six to eight homogeneous cusps separated in two groups of three or four cusps by an internal diastema), lateral teeth with seven main cusps plus a smaller one (instead of six cusps in Bouchet 1985 – but seven or eight cusps were similarly indicated in Bouchet & Guillemot 1978), and marginal teeth hand-like with a maximum of 10 long cusps distributed along their length (instead of ‘broad spoon-like’ teeth with 12 to 20 cusps concentrated in the rounded end of teeth in C. pallescens  ).

There are significant differences in the illustrated radulae of C. pallescens  from French material (based on specimens from the eastern Atlantic and Mediterranean) described by Bouchet & Guillemot (1978: fig. 19) and Bouchet (1985: figs 10–11), especially regarding the central and lateral teeth. More differences emerge when considering the drawn radula of specimens from southern England by Fretter (1951), bearing lateral teeth with nine cusps and marginal teeth with much longer cusps than those illustrated by Bouchet, in addition to a presumably different axis orientation of marginal teeth (downward instead of sideward). With the current limited amount of information, it is uncertain whether C. pallescens  represents a single species with a variable radular morphology, or whether the Mediterranean population and perhaps also the population from England constitute one or two new species. The morphology of the central and marginal teeth of specimens from France (especially from Mediterranean) is slightly similar to that of Sagenotriphora osclausum ( Rolán & Fernández-Garcés, 1995)  (see below), in spite of consistent differences mainly related to the lateral teeth. Considering only species from the Atlantic, both genera show similarities in shell (e.g., supranumerical cords, smooth subperipheral and basal cords, similar protoconch sculpture) and radula, as herein indicated. They may be proved to be phylogenetically close after a comprehensive phylogeny.

Radulae of Caribbean species of Nanaphora Laseron, 1958  illustrated in Rolán & Fernández-Garcés (1994), at that time under the name Cheirodonta  , are also superficially similar to those of C. dupliniana  comb. nov., particularly regarding the elongation of the basal plate of marginal teeth. Another species of Nanaphora  from the Pacific was already indicated as similar to Cheirodonta  in terms of marginal tooth morphology ( Marshall 1983). However, shell and operculum are consistently different between both genera ( Marshall 1983; Fernandes & Pimenta 2015). Phylogenetic hypotheses will reveal whether these genera are analogous in radular morphology owing to feeding on similar sponge hosts, or whether they share a common and recent ancestral lineage. 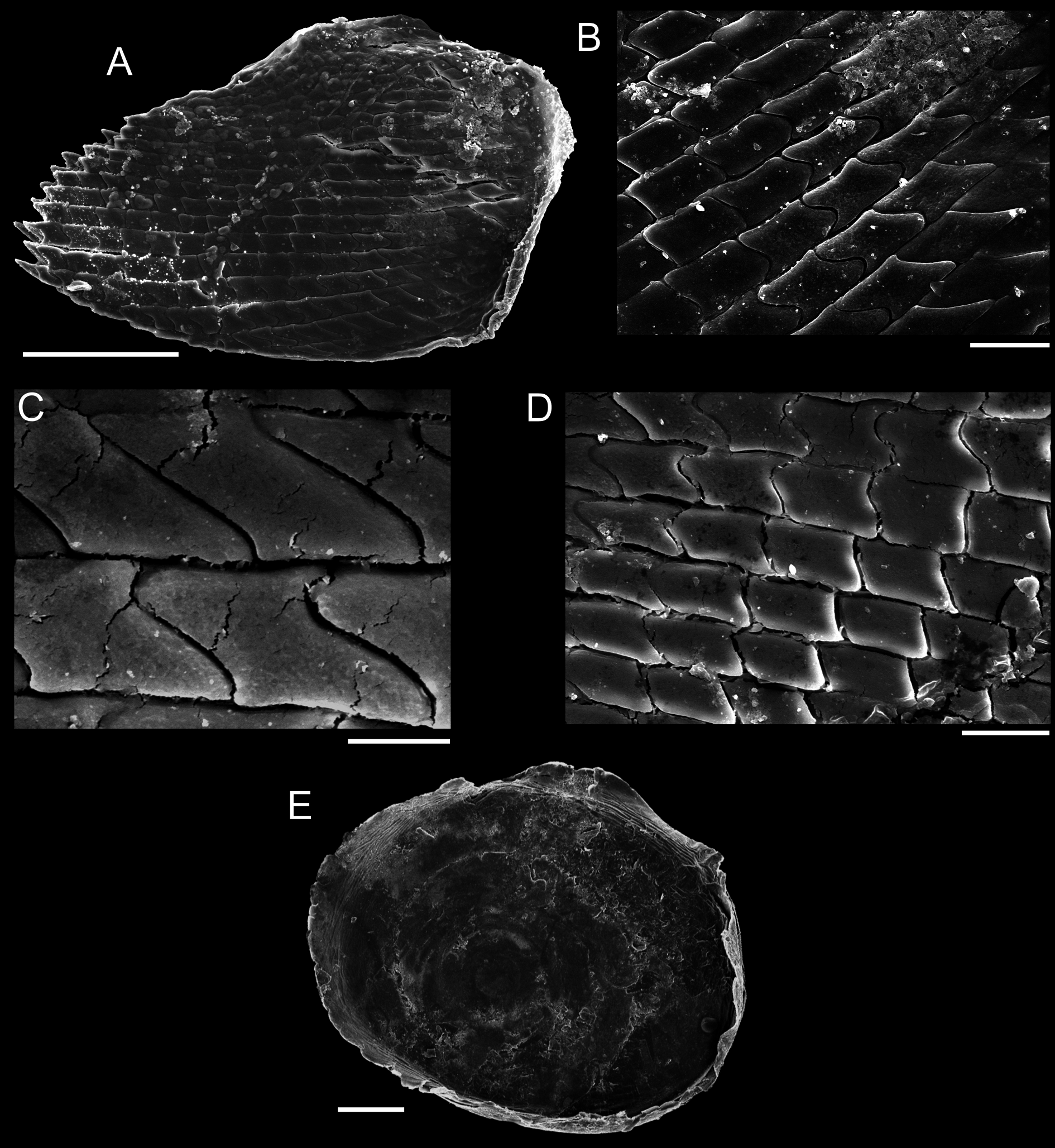 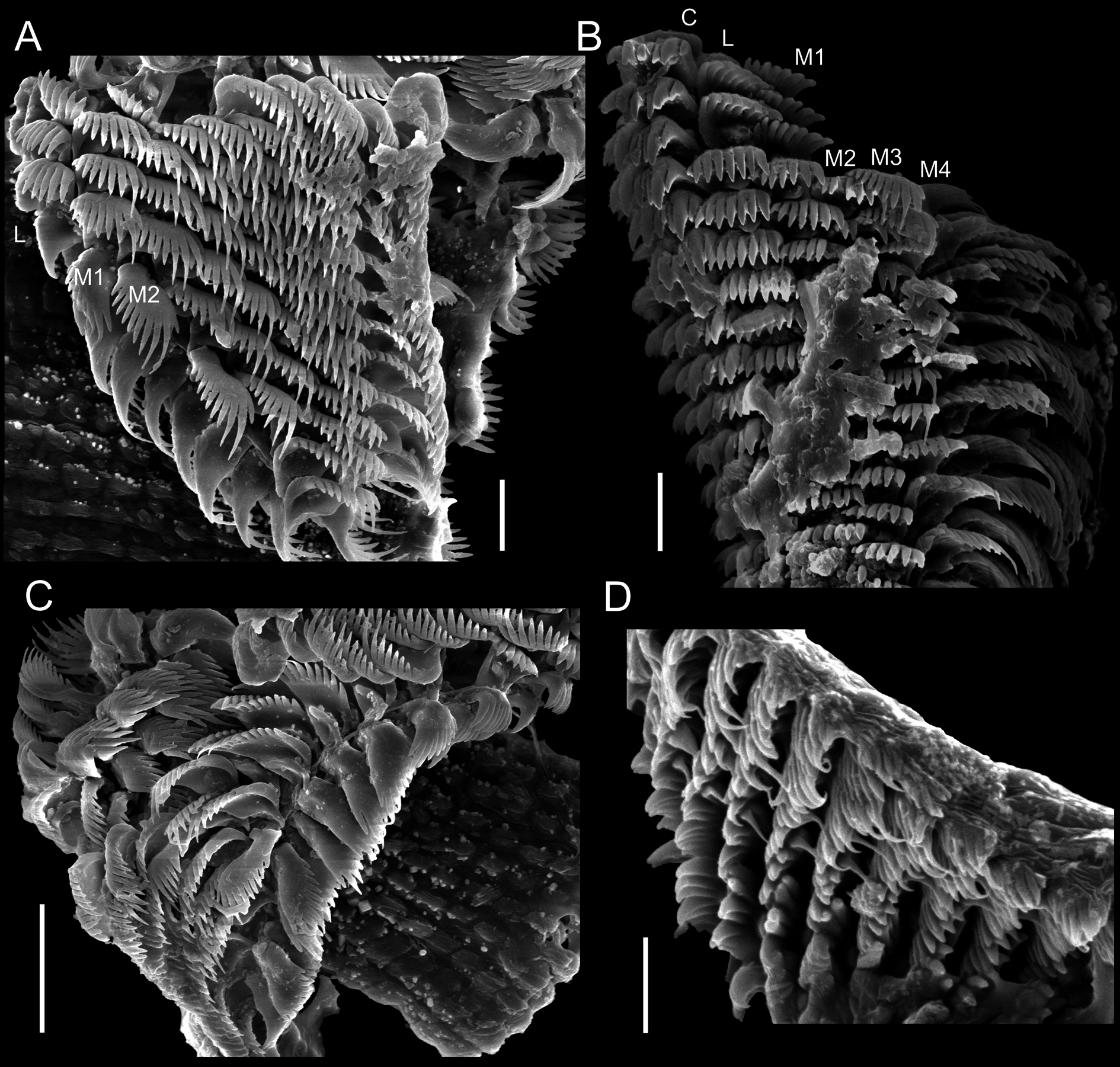