Hydrangea peruviana   is a rare species which is known from Ecuador only (Fig. 6 View Figure 6 ). Apart from the type collection, it is only known of six collections since 1980, two of which were realized during the explorations in the framework of our revision of the Neotropical Hydrangeas   . It was found in a primary mountain cloud forest flowering very high (about 30 m) in the tree canopy. The cloudy environment in combination with the height at which the specimens were flowering made them very difficult to spot, potentially being the reason why this species has been so rarely collected by botanists.

This species has been reported in rainforest and cloud forest at elevations between 682 and 1300 m.

This species has been collected with flowers and fruits in March and July. Only female plants have been observed. There are no collections known of male individuals.

Since the revision by McClintock (1957), most of the species mentioned in this paper had been lumped in H. peruviana   . Following the treatment of the genus Hydrangea   for Ecuador by Freire-Fierro (2004), H. oerstedii   was reduced to a variety of H. peruviana   , consequently all species of the present study belonged to what was until recently considered as a species complex. However, based on our extensive study of herbarium specimens, including type material, and field observations, it became clear that H. peruviana   is a very distinct taxon which can easily be recognized by the densely pubescent reddish brown leaves with an acute to acuminate, rarely mucronate, apex, a serrate to slightly dentate margin and many characteristically shaped acarodomatia.

In contrast to what might be expected because of its name, H. peruviana   is not known from Peru, the type locality area of Guayaquil now being the second largest city of neighboring Ecuador, and this country´s main harbor. However, at the time of its collection in the late 18th century, modern-day Peru and most of Spanish-ruled South America belonged to the Viceroyalty of Peru.

As mentioned by Macbride (1938), it is generally accepted that their collections in the area that correspond with present-day Ecuador were not realized by Spanish botanists Ruiz and Pavón, but by their collaborator Juan José Tafalla.

According to our molecular study, Hydrangea peruviana   is closely related to H. panamensis   , the two of them unrelated to the other species of this study (Granados Mendoza et al. unpublished results).

Although this species has an EOO of about 13,515 km2, it is Endangered according to the IUCN categories and criteria ( IUCN 2012), with an AAO of 20 km2, less than five locations, as well as an extensive reduction in both EOO and AOO because of habitat destruction and fragmentation. 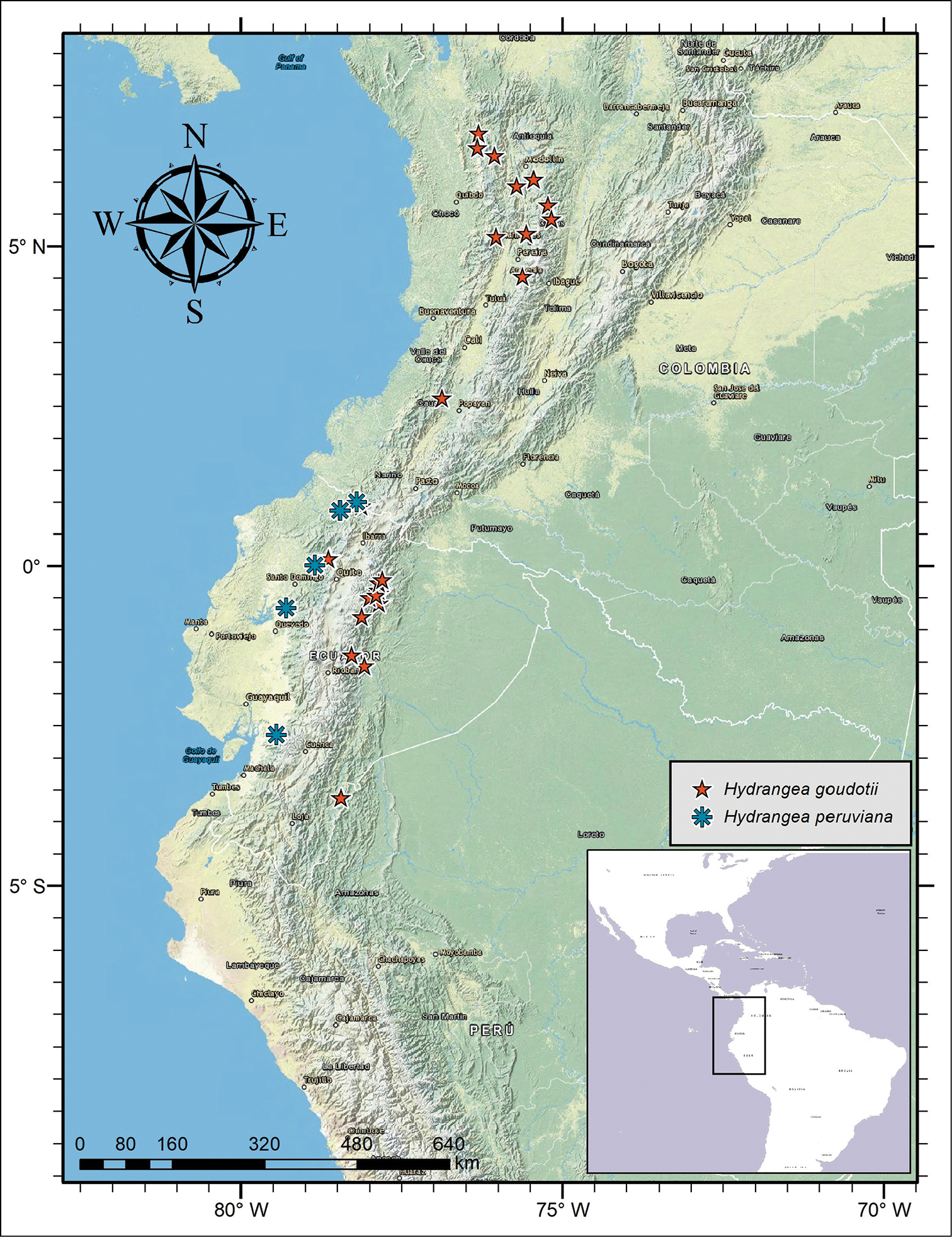 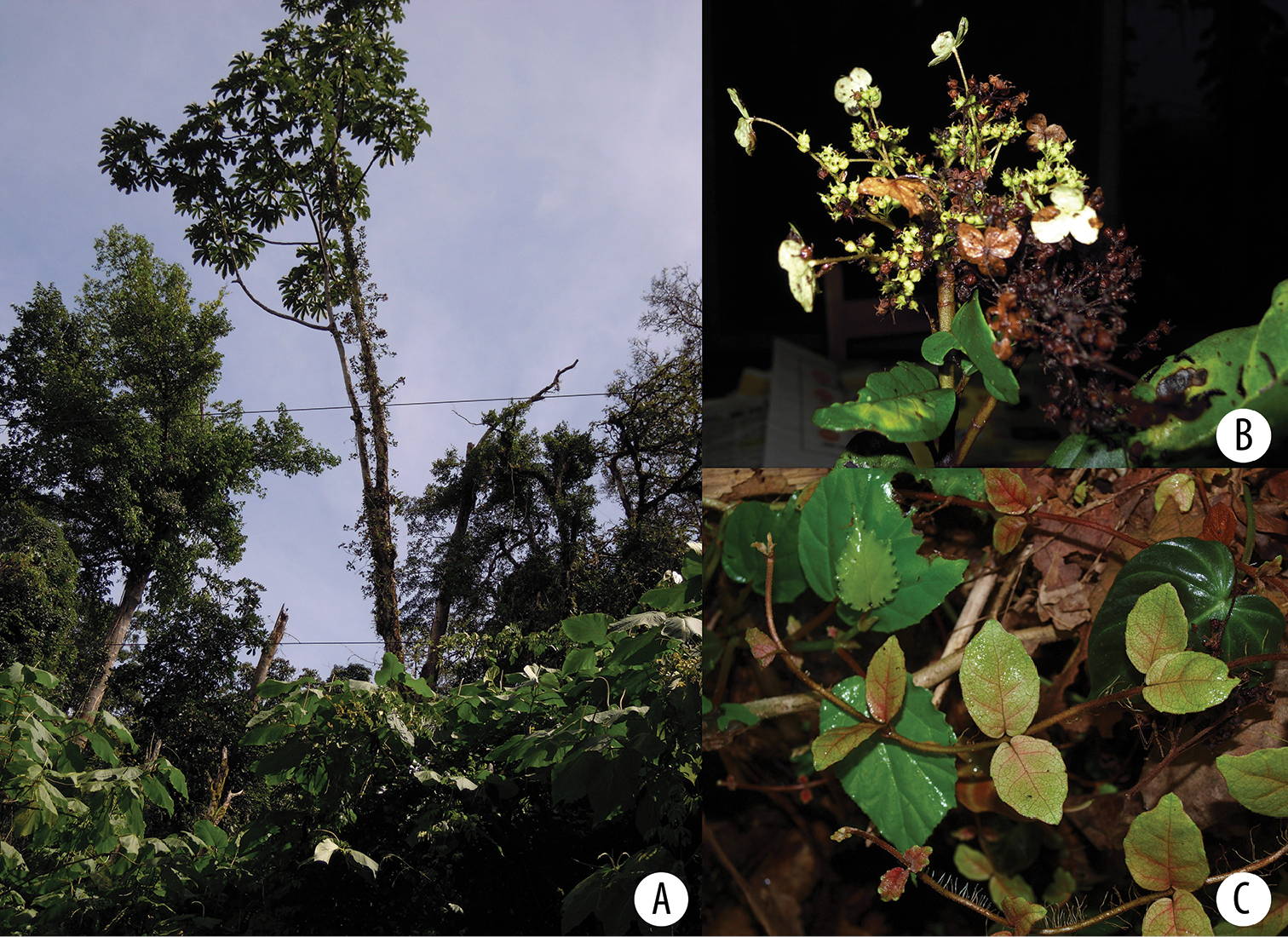 Figure 9. Hydrangea panamensis A plant growing along the stem of a Cecropia B infructescence with young and mature fruits, and enlarged marginal flowers. Hydrangea peruviana C stolons with adventitious roots and decussate leaves. A, B field images of collection Samain & Martinez 2012 - 063 C field image of collection Granados Mendoza et al. 2012 - 112. 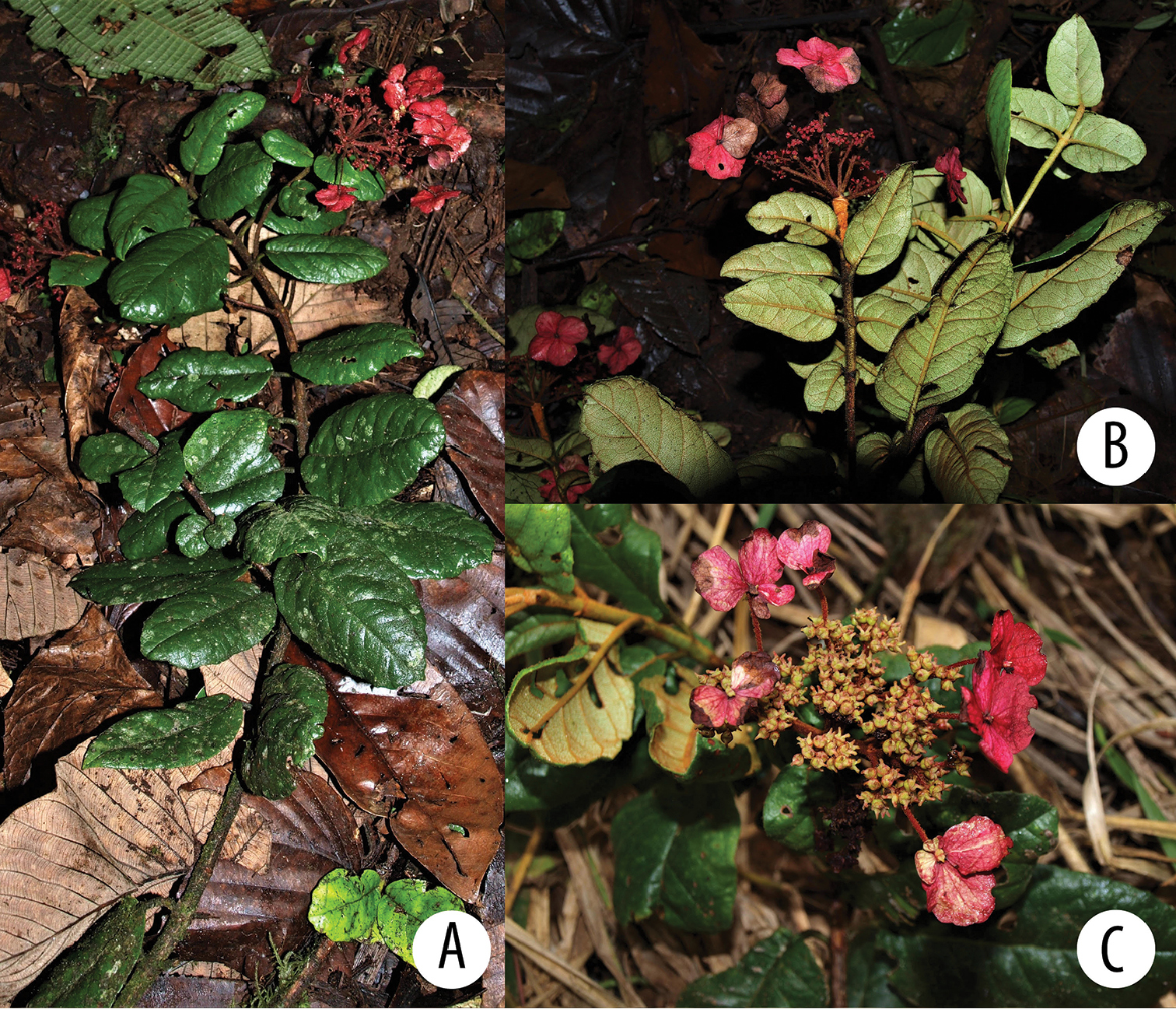 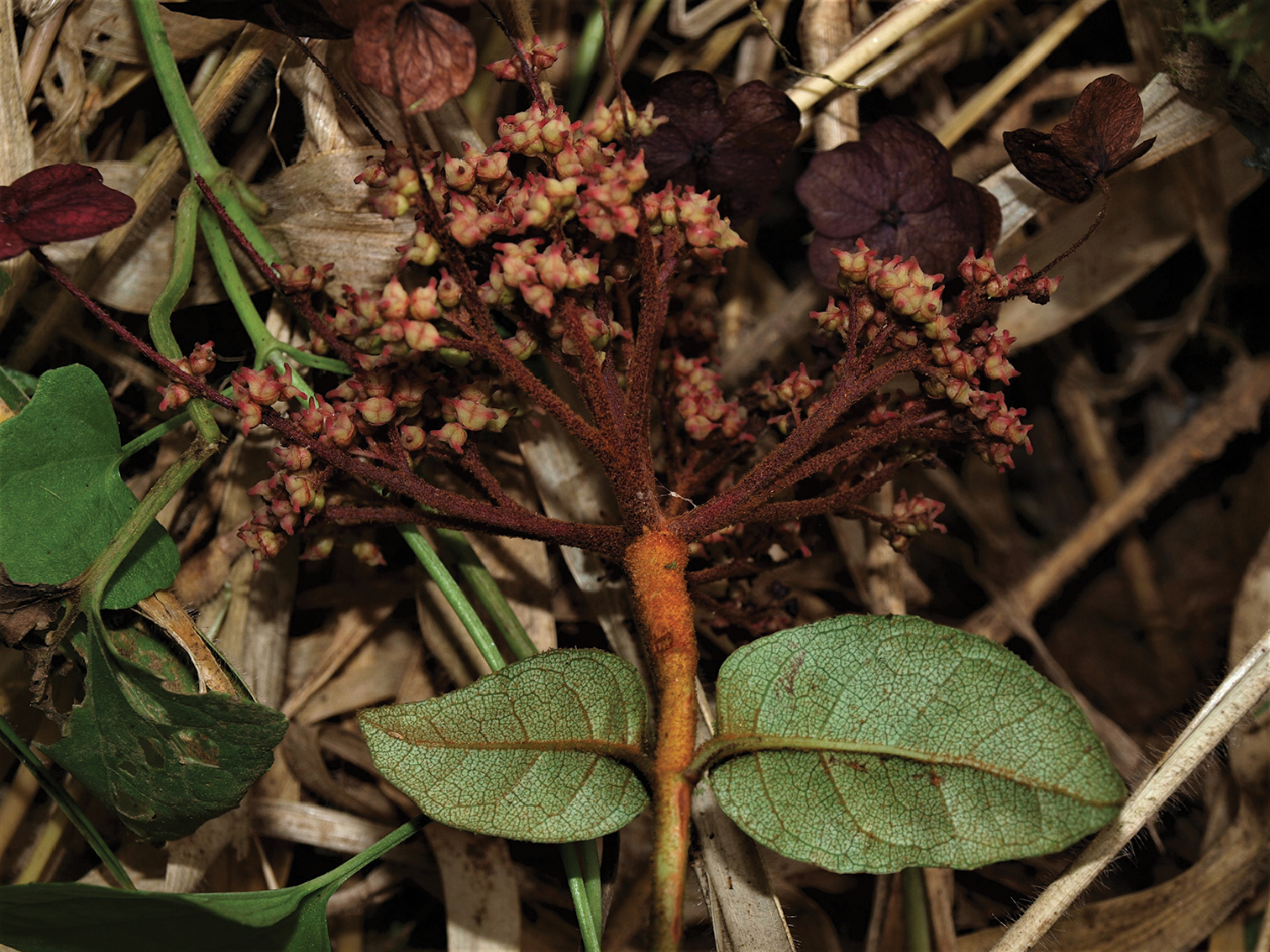