Elytra: Base of elytra as broad as pronotal base; lateral margins of elytra slightly diverging in basal third, distinctly narrowing in apical half. Eleven discal and a submarginal longitudinal striae present on each elytron: stria 1 shallow, largely fragmented in basal fourth of elytral length and ending approximately before apical fourth of elytral length; striae 2 and 3 shallow, absent at base; striae 4-9 complete; stria 10 absent at base; stria 11 ending at apical fifth of elytra; all odd striae generally shortened apically. Submarginal stria shallow, starting at approximately elytral mid-length. Surface reticulation similar to that of head and pronotum, meshes slightly smaller and less impressed. Punctation double, consisting of row of coarse setigerous punctures along elytral striae 4, 6, 8, and along lateral margin of elytra, and very fine sparsely distributed punctures.

Based on the presence of 11 dorsal striae + a submarginal stria, the new species can be classified within C. trilobatus species group, see under C. baranensis sp. nov. Copelatus kietensis sp. nov. differs from all species of the C. trilobatus group by combination of body length, dorsal surface colouration and the shape of the male genitalia. In particular, C. kietensis sp. nov. differs from the sympatric C. bougainvillensis sp. nov. in larger body size, broader and more oval habitus, dark colouration of the elytra with testaceous subapical spots, as well as in structure and setation of the male genitalia (cf. Figs 16 View Figure 16 , 17 View Figure 17 ).

The species is named after Kieta, a port town located on the eastern coast of Bougainville Island, where it was collected. The specific epithet is an adjective in the nominative singular.

The species is known so far only from the type locality on the eastern coast of the Bougainville Island . 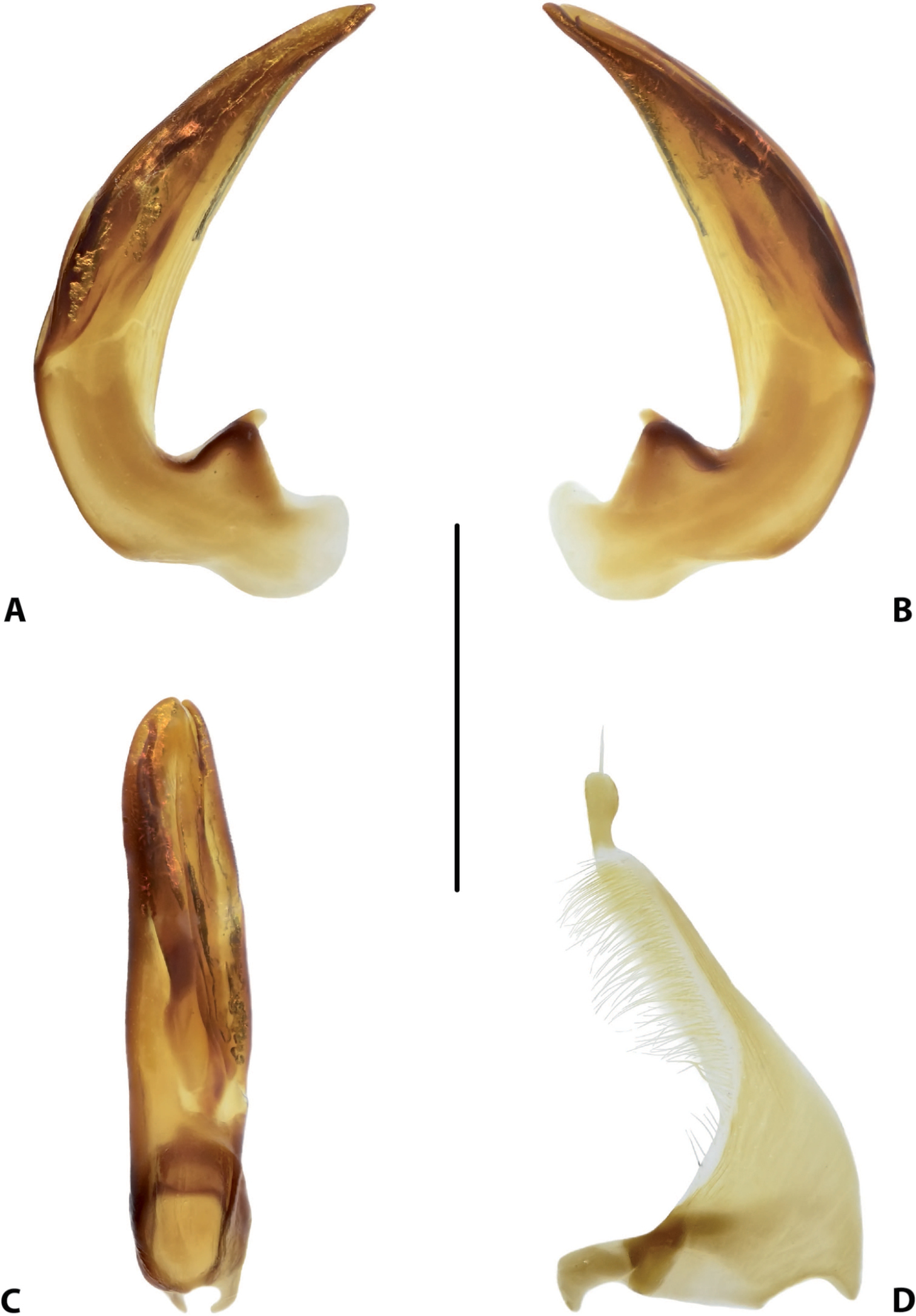 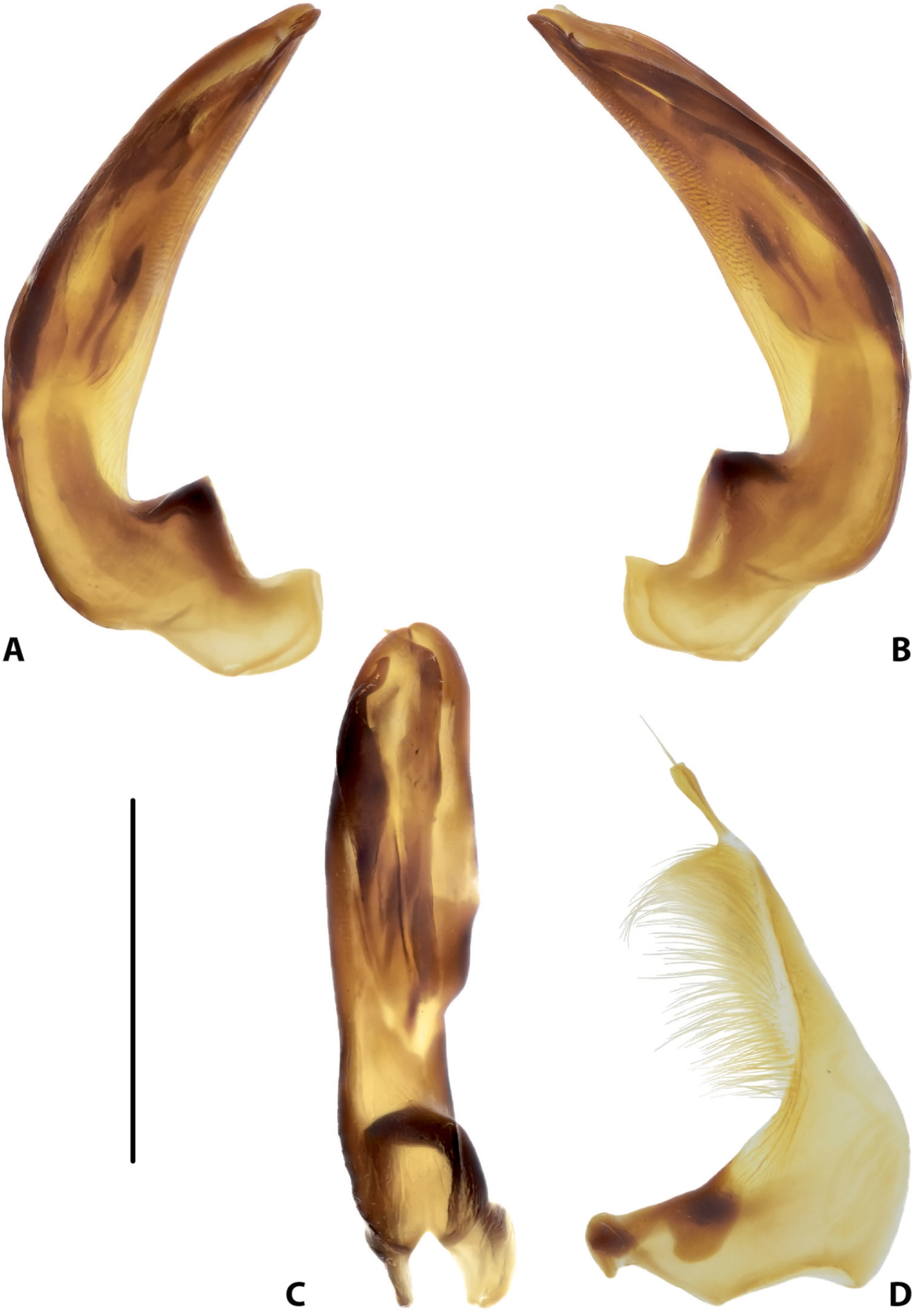 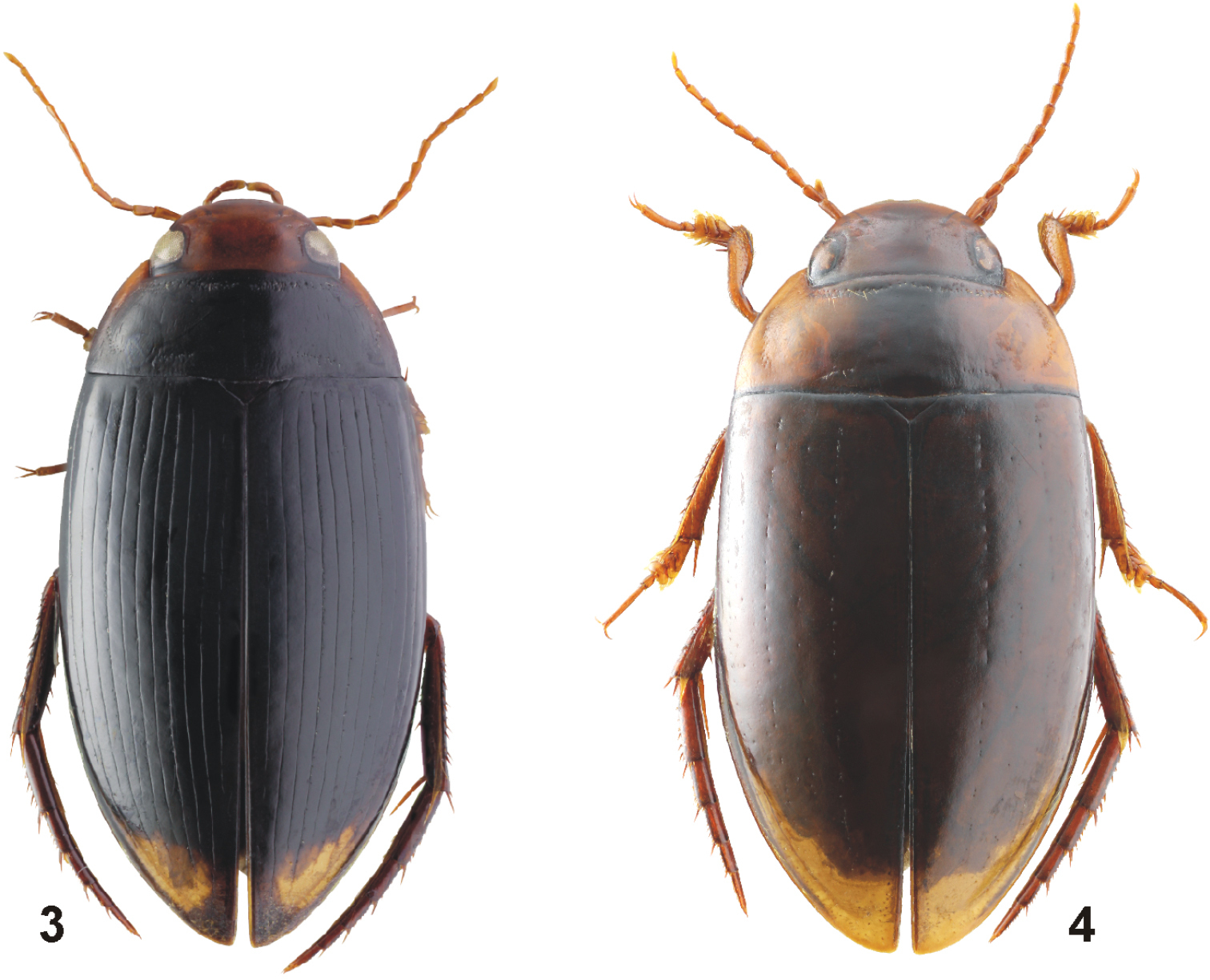