Conostegia macrantha  can be recognized by its stout branches, stellate indument on abaxial leaf surface, and large flowers with crateriform, straight styles, and retuse petals. Flowers of this species have a good fragrance (i.e., Chavarría 817, Jiménez 626 -both at MO). This species is also reported from northern Panama by Schnell (1996) but I have not seen any Panamanian specimens. The few specimens from Panama that resemble Conostegia macrantha  are glabrous, the reason why I did not include them in the distribution of this species presented here. Schnell (1996) noted that the species is especially common in the volcanoes surrounding the central valley of Costa Rica and is mostly restricted to that area. Specimens collected near Barva and Poas volcano for this study have the typical straight styles of Conostegia macrantha  . Schnell (1996) noted some specimens from Vara Blanca showed evidence of introgression from Conostegia oerstediana  in their smaller flowers. 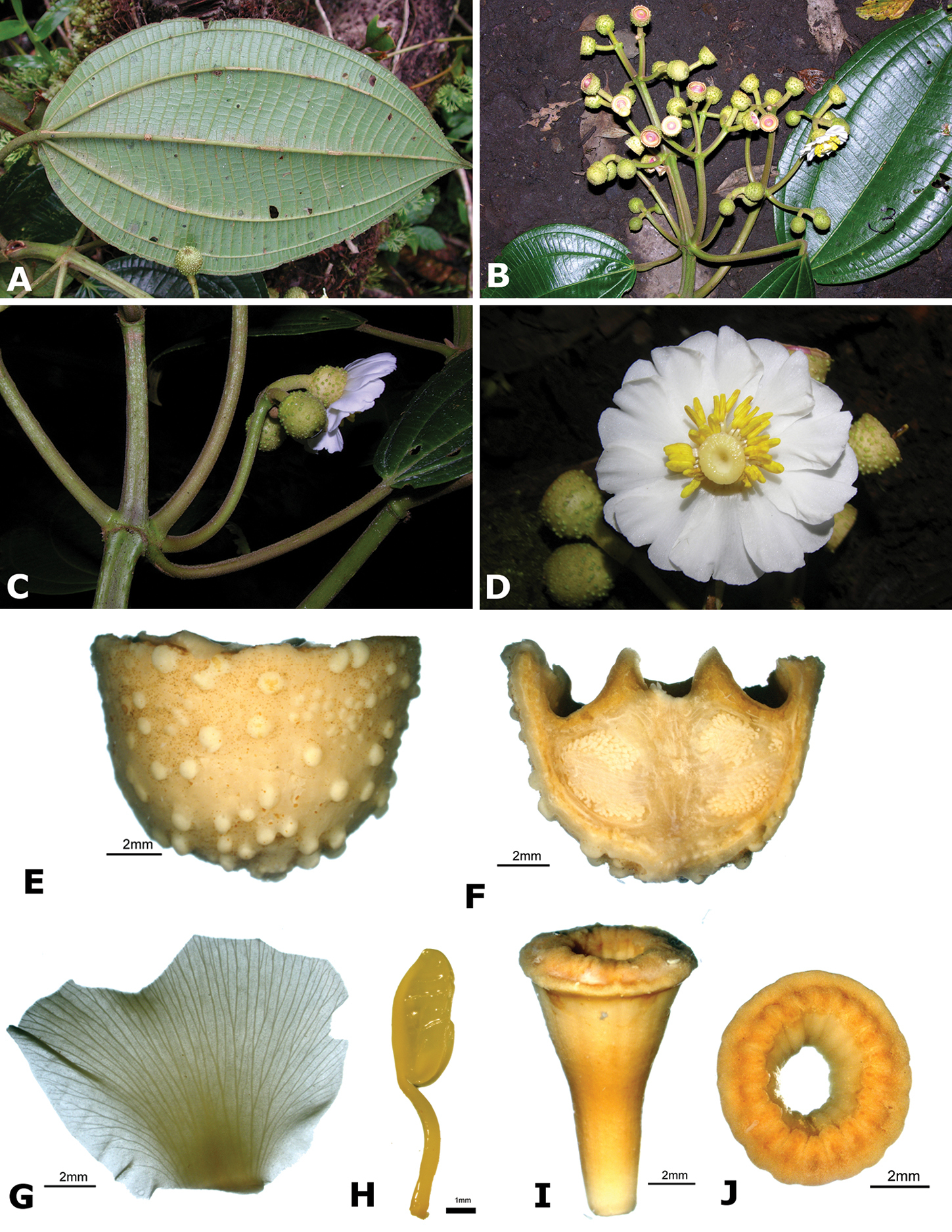 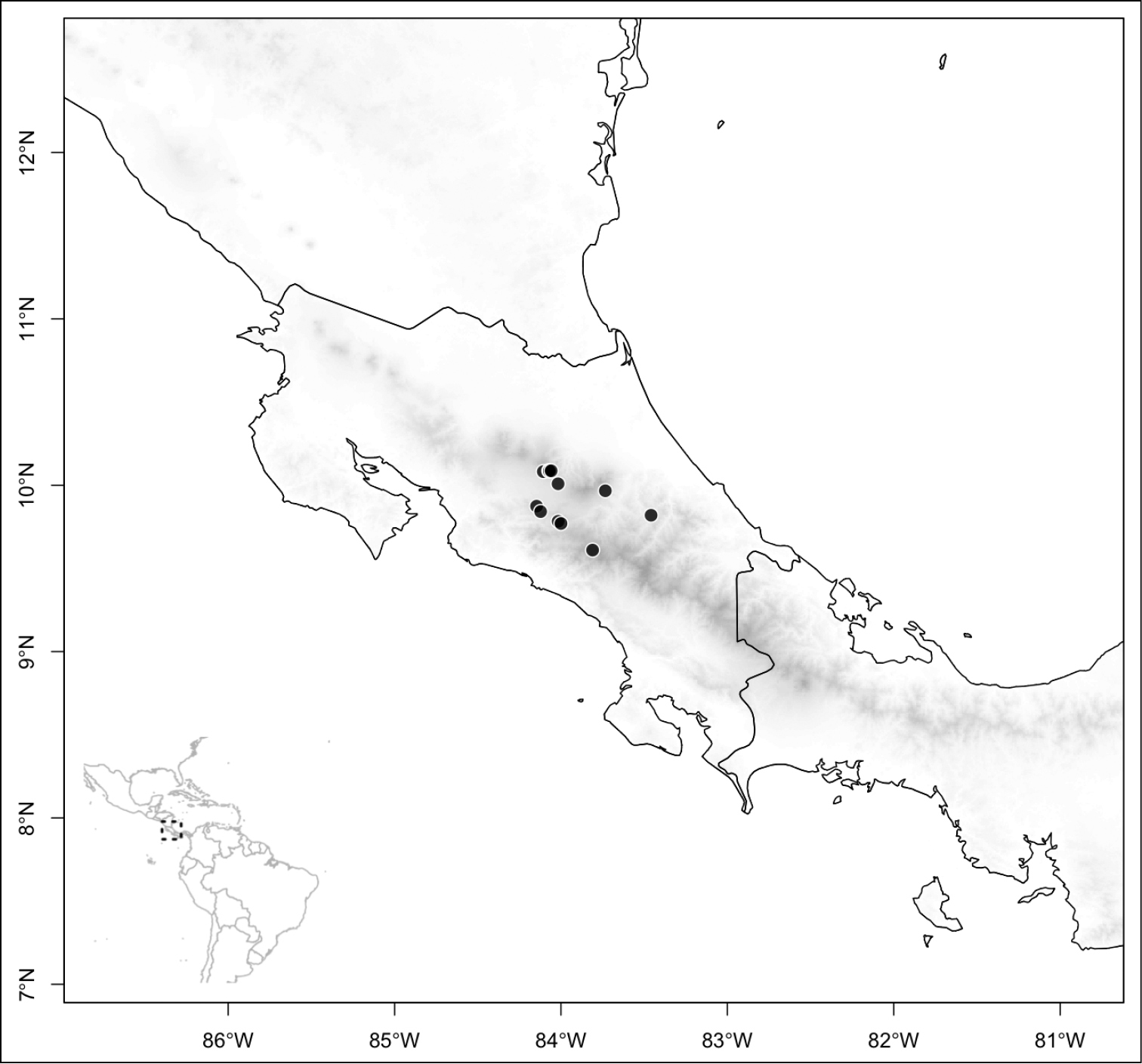