Comments. The Broulee group has a comparatively short ovipositor both relative to head width (1.49–1.95 HW) and in the number of divisions (32–37). Most other lineages have ovipositors in mature specimens exceeding twice the head width and with 35–41 divisions. It also seems to have lower levels of pigment overall and the density and strength of the macrochaetae on the head and notal collar is less than for other lineages ( Fig. 7 View Figures 7–14 ). The Nowra lineage has a similarly short ovipositor but appears to have much darker pigment on the labial and maxillary palps and to a lesser extent on the legs. It has denser chaetotaxy along the sides of the head near the eyes (2–4 rows wide versus 2–3 rows wide).

The ovipositor length was reported in Smith (2014) as up to 2.09 times head width. This was based on the result from a specimen (originally recorded as K. 377564 in ethanol but now replaced by K. 261219 as slide) and was quite different to other specimens measured (range 1.49–1.79). This specimen was re-measured and the measurement is here corrected to 1.95 times HW. This is still much longer than other specimens from Broulee but the specimen only has 35–37 divisions which is within the normal range for the Broulee specimens (32–37). Each individual division is longer than seen with other specimens of this lineage.

The lineage has been collected from three localities along the central and southern coasts of New South Wales. All localities listed have sandy soils, but this may represent a sampling bias rather than be a true indication of habitat. In the type locality it is quite common among dry Eucalypt leaves caught between the fronds of cycads ( Macrozamia   sp. Zamiaceae   ). At Guerilla Bay it was collected within abandoned termite galleries on a standing tree and at Jibbon it was collected from dry leaf litter protected from rain beneath a fallen tree or in a large hollow at the base of the tree. It was occasionally found hiding within the bark of certain spongy-barked Eucalyptus   or Corymbia   trees using pyrethrum sprays, where it was usually collected together with a more abundant (but not yet described) species related to Heterolepisma highlandi Smith.

One Broulee specimen (K. 261145) was unusual in that one of its maxillary palps was shorter than usual and had several plumose sensilla along its length rather than the usual three, as found on the other palp where they were more evenly spaced along the article rather than in the distal half. In all specimens examined the plumose sensilla on the palps of the males are much larger (2–3 times larger diameter) and more elaborate than those on the female. 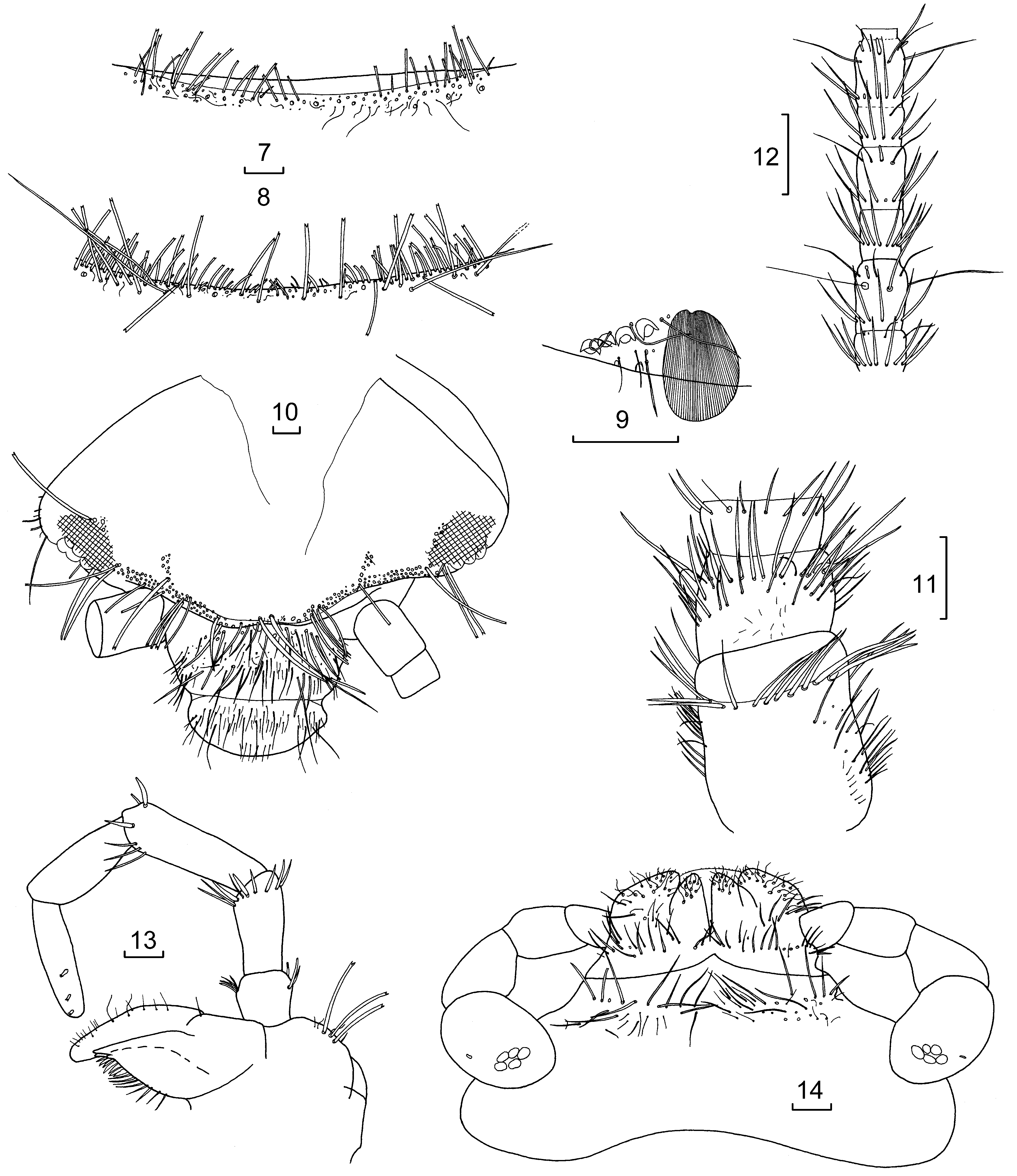