Diagnosis (female). This species is distinguished from other members of the I. satrapa   species-group by the following combination of characters: clypeus with the apical margin only slightly longer medially than laterally and coming to a shallow apex with the two median tubercles (figs 25, 89), the tubercles being semi-circular in shape in dorsal view and with a distinct gap present between them, genal process triangular (fig. 73), pronotal carina not strongly lobate posteriorly and not projecting away from mesosoma, not obscuring dorsal portion of pronotal-mesopleural suture (figs 104, 120), and apical margin of T2 with wide transverse band of near-black integument mostly covered with black setae (figs 17, 134).

Integument coloration: Orange, except the following ranging from dark red-brown to black: antenna, antennal rim, apical one-third and basal one-fourth of mandible, legs including coxae and trochanters, T1 and S1, apical margin of T2 and S2 transversely, and T3–6 and S3–6 entirely.

Etymology: The specific epithet is derived from the Latin brevis and clypeus in reference to the shortened clypeus which helps distinguish it from I. chihuahuensis   and I. satrapa   .

Remarks: This species is known only from the holotype. 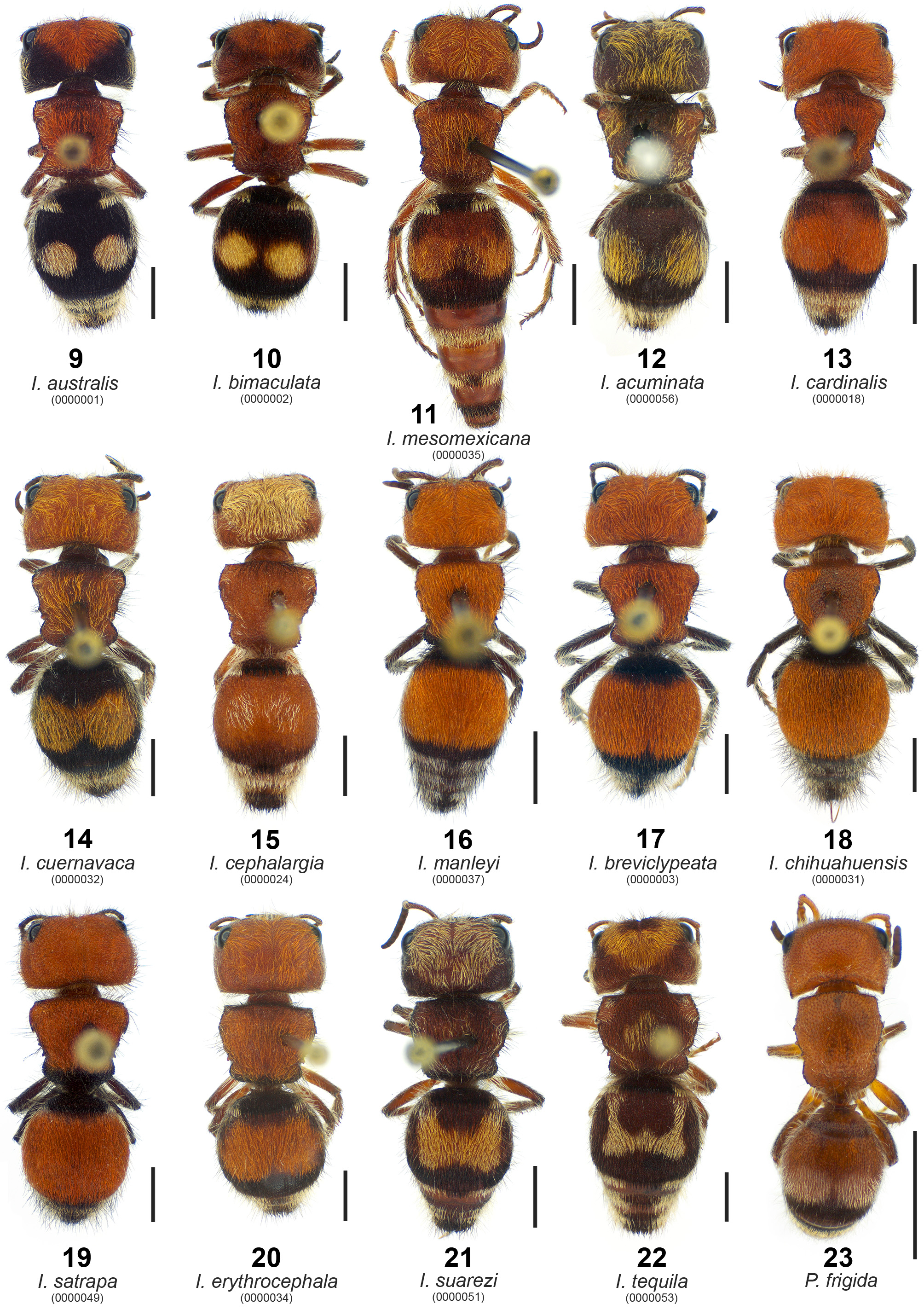 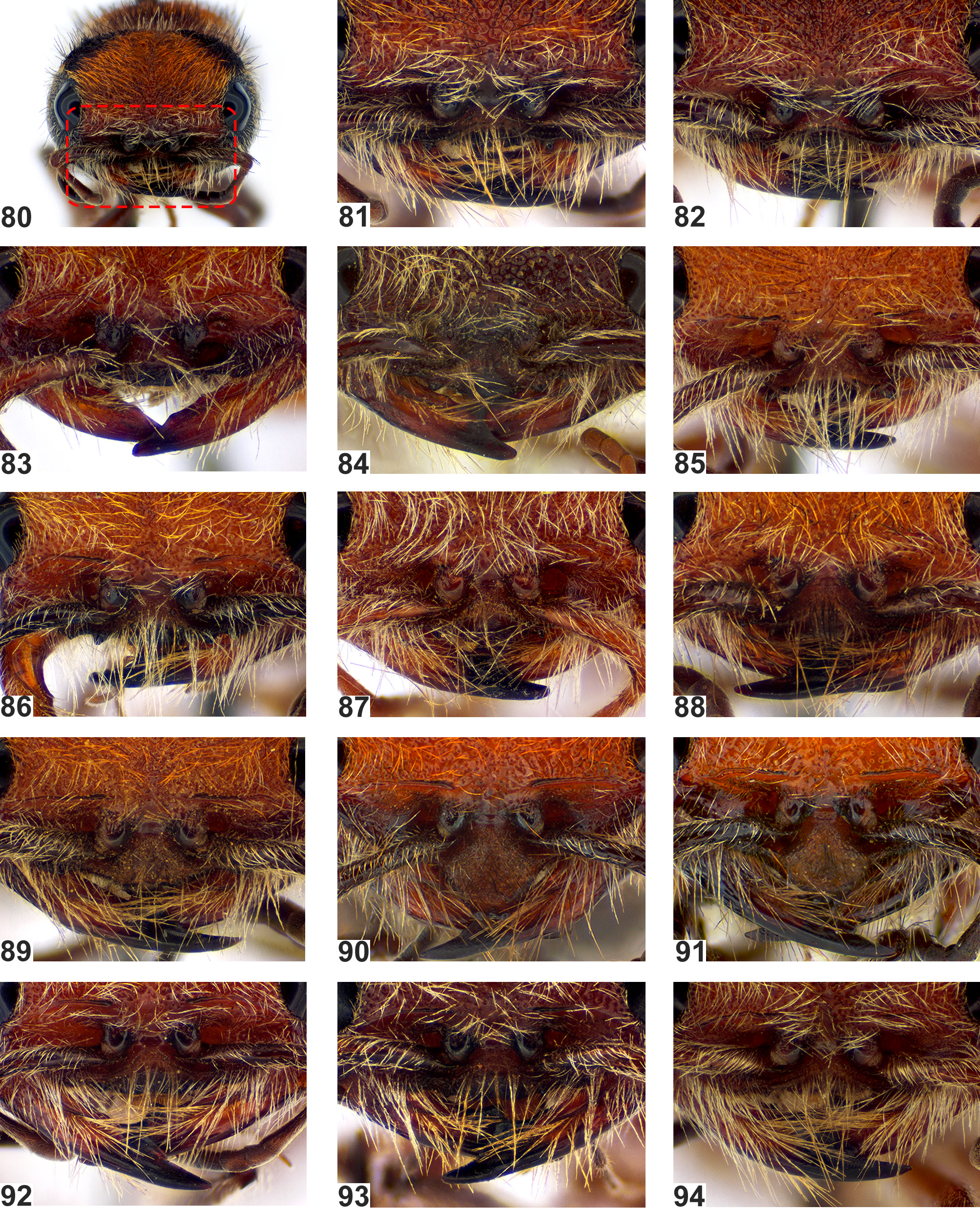 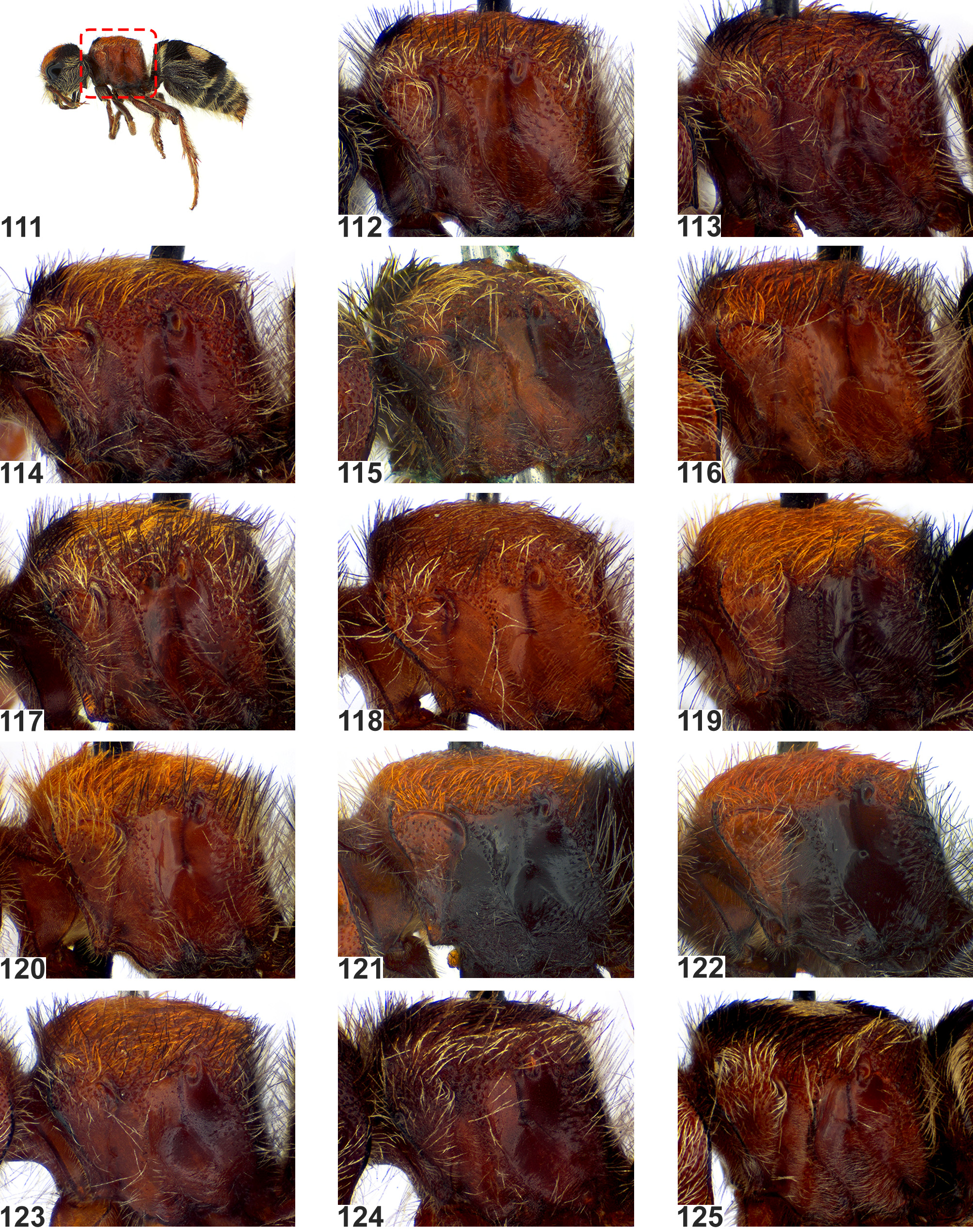 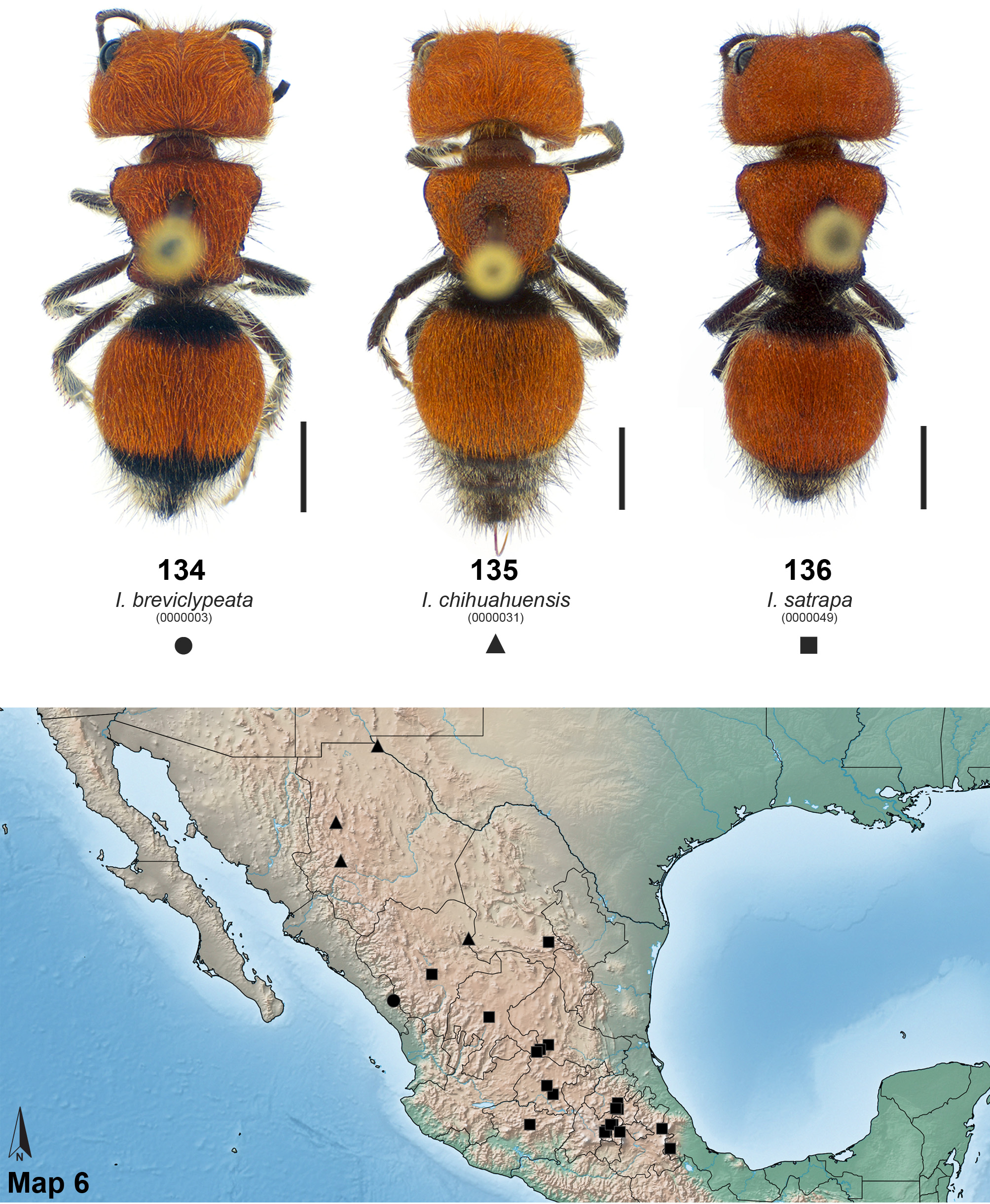