The micro-photographs are available in the Natural History Collections at Adam Mickiewicz University in Poznań and in the collection of the first author.

Taxonomic remarks: Molecular analysis conducted on the specimens from the northern coast of Europe showed that the morphospecies traditionally referred to as T. hyalina Schultze, 1853   , comprises in fact two cryptic species ( Kieneke et al. 2012). Considering the rather small geographic area where the specimens of T. hyalina   were collected by Kieneke et al. (2012), it is plausible that a wider sampling area can yield a higher number of cryptic species. Furthermore, T. hyalina   displays a wide range of morphological variability within the morphospecies. Different populations of T. hyalina   may show completely reduced conical appendages (even without a distinct flat contour) or conical appendages developed to the extent that they resemble those found in T. cornuta   while retaining species integrity, as was confirmed by an ultrastructural analysis of their nervous system ( Rothe & Schmidt-Rhaesa 2008).

T. wiseri   in terms of: a lack of clearly marked conical appendages (palpal organs) and pharynx shape (the pharynx is straight and equally wide along its entire length in T. wiseri   ); in addition, its mouth is surrounded by only one type of short sensory cilia (Hummon 2010). 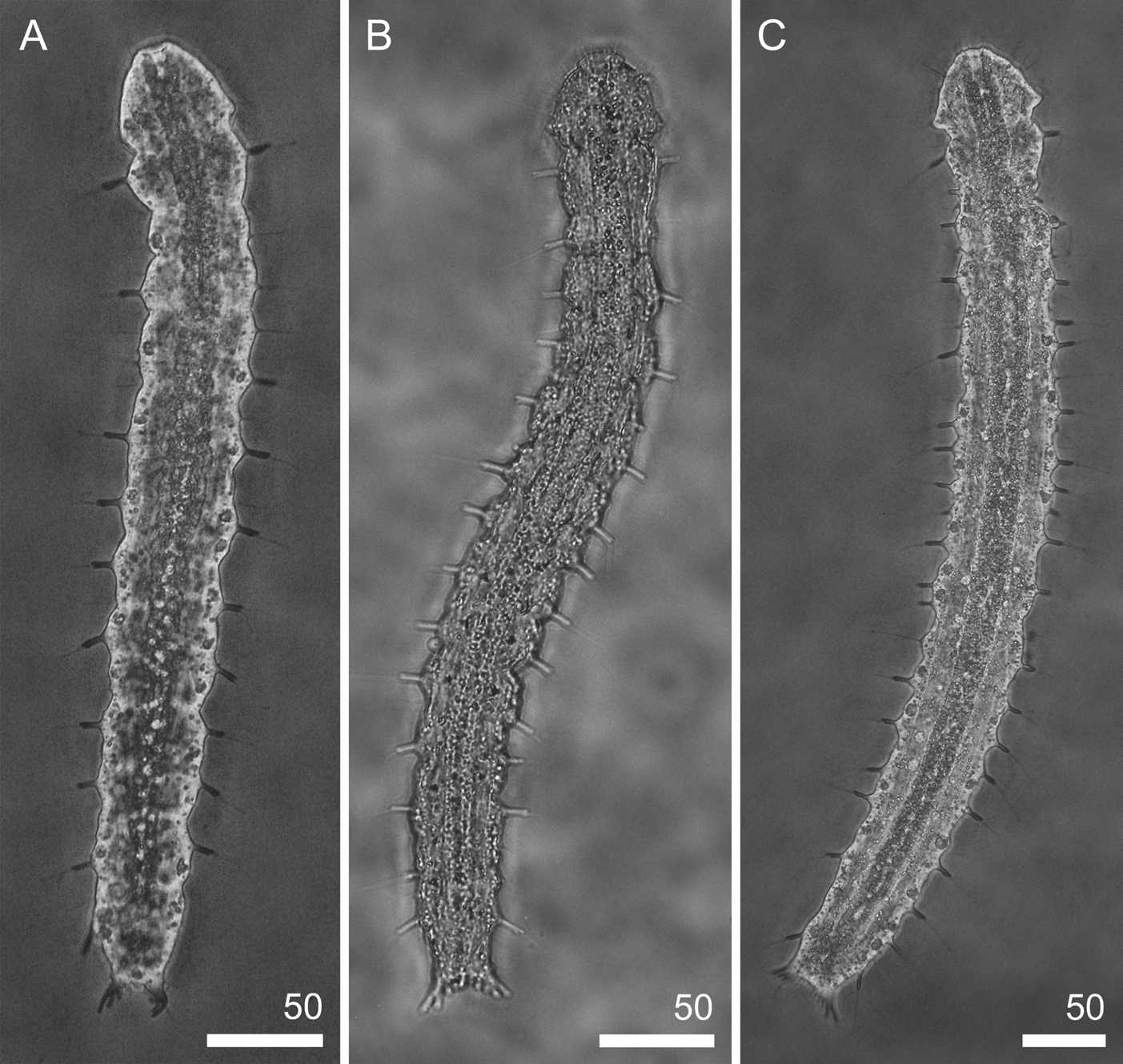 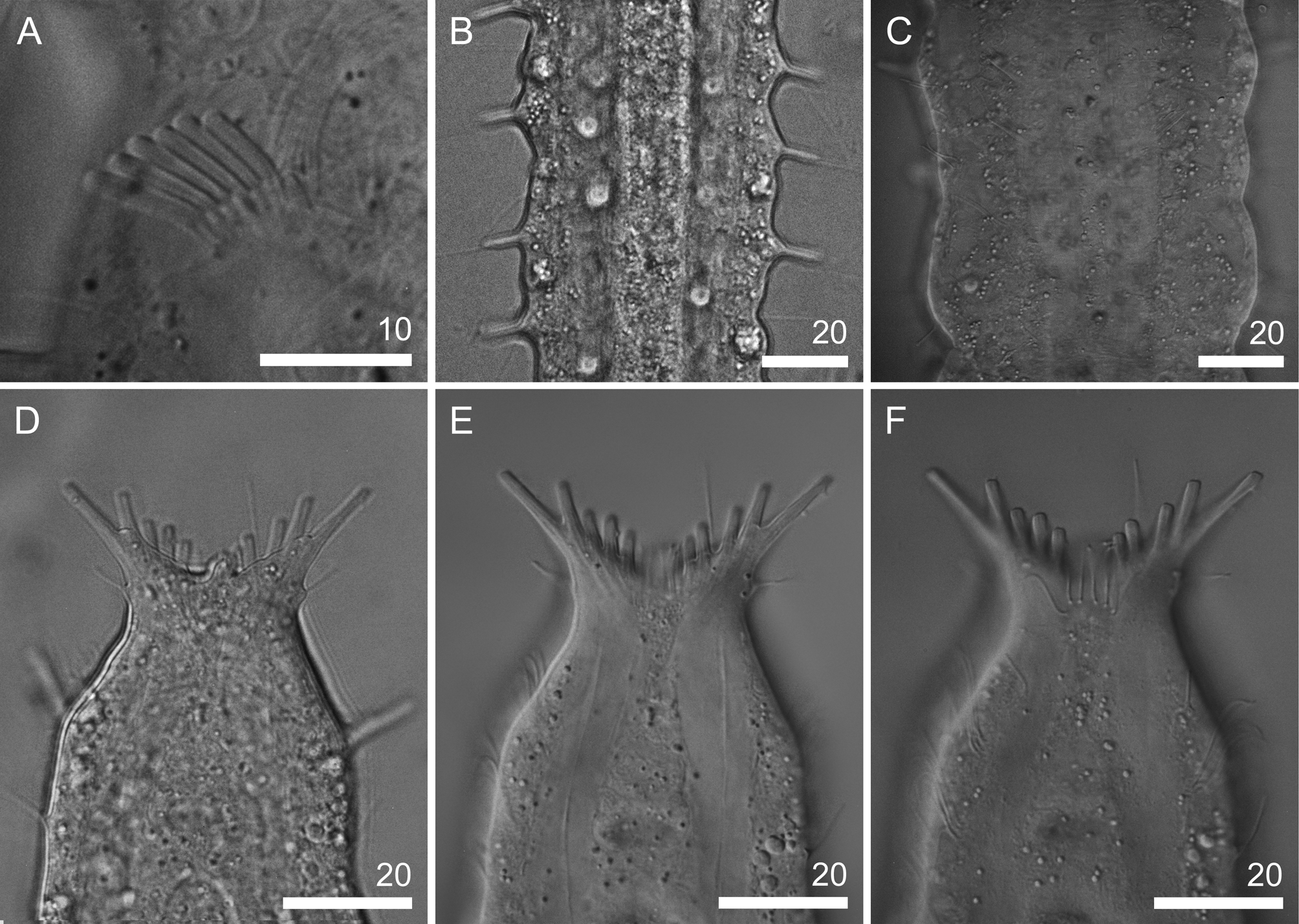