Diagnosis. Based on the number of ocelli and the spur formula, this species has been placed in the genus Neotrichia . However, the overall appearance of the male genitalia does not seem typical of the genus. The inferior appendage is short and not immediately apparent when viewed laterally, as opposed to the expected long and slender form seen in most other Neotrichia species. Segment IX does not appear to be fused dorsally with tergum X; the dorsal plate is not apparent. The elaborate, sclerotized structure present at the base of the subgenital plate and the inferior appendage in this species also seem unique within the genus.

Etymology. The Greek word atopos meaning “out of place, odd, strange, unnatural”, referring to the atypical appearance of this species for this genus.

Genus Ochrotrichia Mosely. The genus Ochrotrichia in Panama previously included 25 species, 18 of which were first described from Panama and 11 of which are currently endemic. Herein we add one new species from Mount Totumas. 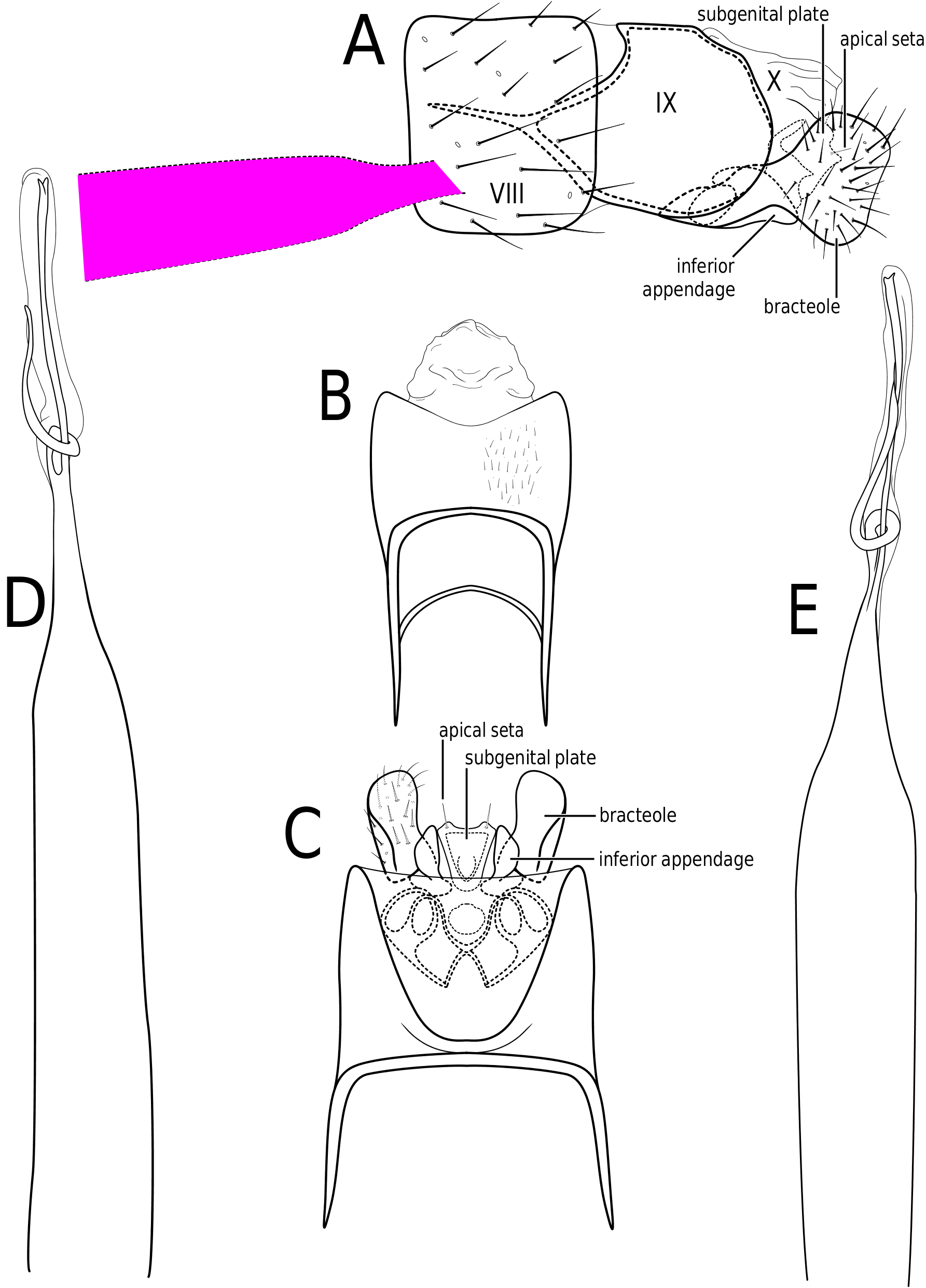