Adult males of N. davidcauseyi are distinct from other Nannaria and the nearby N. castanea based on the following combination of characters: Gonopods. Gonopodal acropodite gently curving medially, and distal zone with medial and lateral flanges at 90° angle to solenomere, not with medial flange at 135° angle to solenomere as in N. castanea (Fig. 34A View Figure 34 , red arrow). Acropodite with small medial flange near apex, not simple lacking flange as in N. castanea (Fig. 34A View Figure 34 , red triangle). Telopodite basal zone height 1/2 length of acropodite. Prefemoral process pronounced, acicular, arising distantly from small blunt prefemoral spine, not from top of projected prefemoral spine as in N. castanea . Color. Hennen and Shelley (2015) described specimens of N. davidcauseyi as having clear paranota with irregular orange spots internally, and orange/pink collum margins.

Causey (1950b: 194) mentions that the male paratype of N. davidcauseyi has variation in the shape of both the prefemoral spine and the "keel at the end of the main blade" referring to the caudally-directed acropodite tip.

Causey (1950b) describes the habitat in which she and her husband found N. davidcauseyi as an eastern-facing hillside in an oak-hickory woodland. Two individuals of N. davidcauseyi were collected from Steel Creek Campground in Arkansas by M. Skvarla (NAN0537) who listed oak, hickory, American beech, and eastern red cedar as the primary tree species in the area ( Skvarla et al. 2015).

Causey (1950b) gave no explanation of her choice in name for this species, however it is presumed that this species is named after the author’s husband and its collector, Dr. David Causey.

In the original description Causey (1950b: 194) designates a male holotype and one male and two immature paratypes collected by Dr. David Causey on 25 August 1950. Hennen and Shelley (2015: 10) refer to a female paratype and one immature paratype, which would suggest that Causey’s original identification of the female specimen as an immature was incorrect. 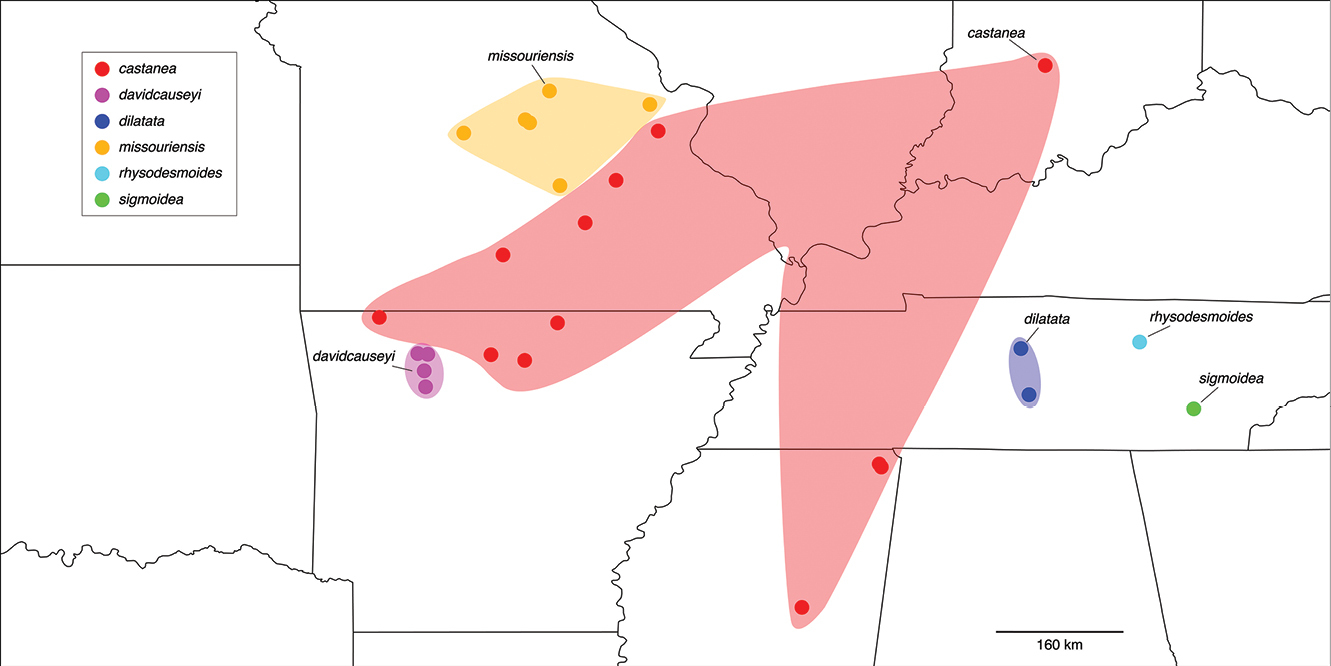