Limb II. Exopodite narrow, elongated, with slender seta. Inner portion of limb with eight scraping spines; scrapers 7 and 8 much thicker than others, armed with strong denticles (see Fig. 4 View FIGURE 4 H–I, 7 I). Small naked seta located between near the base of scraper 1, small sensillum between bases of scrapers 3 and 4. Distal armature of gnathobase with four elements. Filter plate II with seven setae, the posteriormost one considerably shorter than others.

Male: body lower than in female, similar to that of juveniles, with dorsal margin almost straight. Postabdomen straight or curved, narrowing distally, spermoducts located at small protrusion above the base of postabdominal claws. Clusters of setules in place of female marginal denticles, lateral fascicles of setules same as in female. Postabdominal claw much shorter than in female, curved, with pecten of about ten narrow pointed spines at the middle, without basal spine. Antennule shorter and wider than in female, with eight lateral and two terminal aesthetascs, male seta located at about 2 / 3 distance from the base, as long as antennal seta. Limb I with V-shaped copulatory hook. IDL retains seta 1, male seta of moderate size. 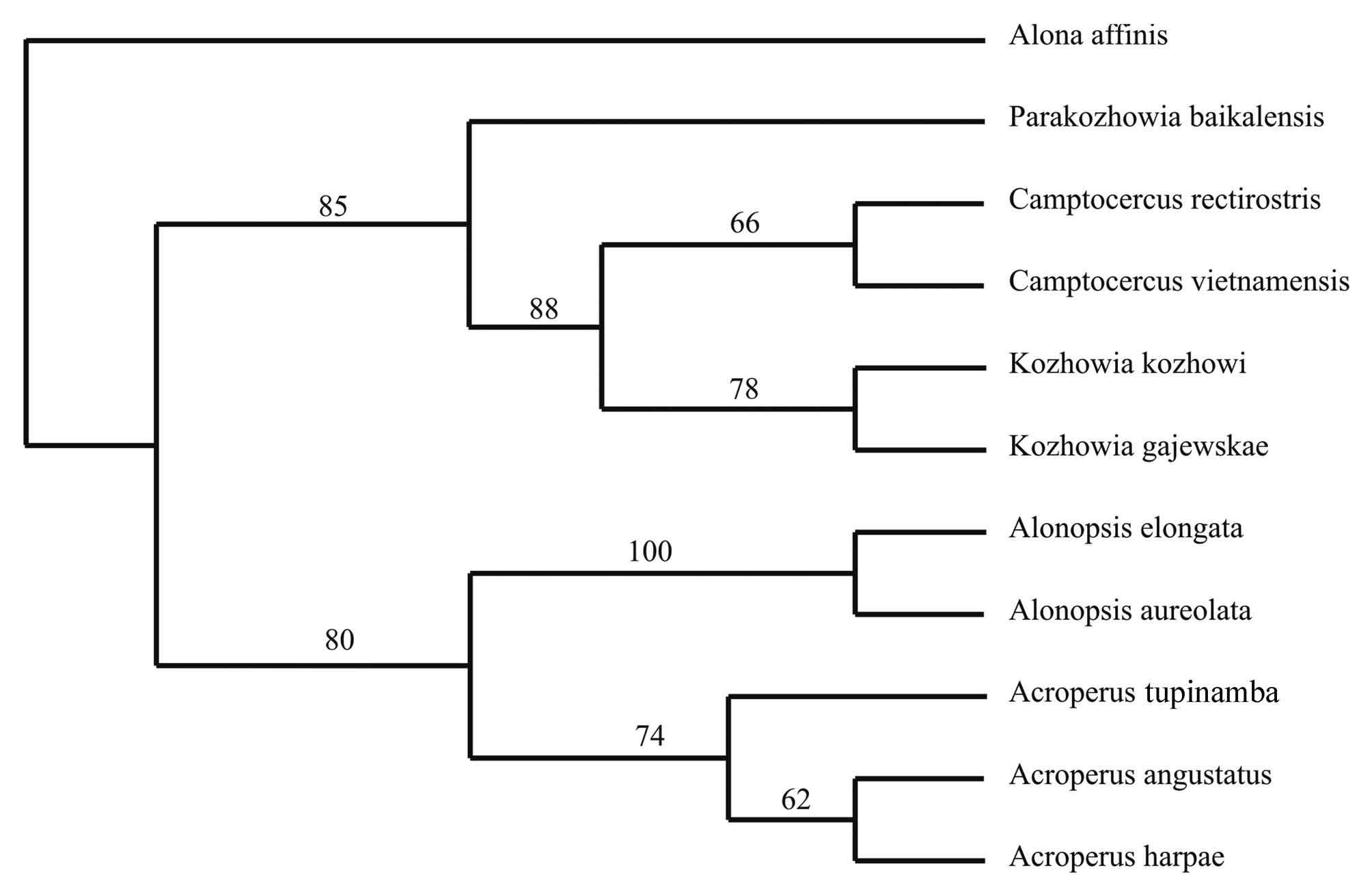