Etymology. This species is named in honor of the late Dr. E. Alison Kay, Professor Emeritus of the University of Hawai’i. Dr. Kay was a superb mentor to many students including the author of this paper. She also pioneered the modern study of the molluscan fauna of the Hawai’ian Islands and the biogeography of the Central Pacific.

Natural history. This species is found on exposed intertidal reef platforms and shallow reefs in 1–10 m depth. It has been observed feeding on acoel flatworms of the genus Convoluta   ( Pittman & Fiene 2009; present study).

The anterior end of the cephalic shield is trilobate. The cephalic shield is triangular, broadest anteriorly and terminates posteriorly with a short rounded lobe. Elongate sensory bristles are visible on the anterior end of the head ( Fig. 10A View FIGURE 10 ). The posterior shield is well rounded anteriorly and terminates in two moderately elongate, broad posterior lobes that are acutely pointed at their ends. The left lobe is always longer than the right one. The parapodia are relatively wide largely covering most of the cephalic and posterior shields. The gill is plicate with 7–8 primary folds.

Shell ( Fig. 2D View FIGURE 2 ). The shell is relatively thickly calcified and is a shiny white or brown. It occupies the almost the entire area of the posterior shield. There is a broad anteriorly-directed wing and a short extension that is deeply imbedded in the posterior shield right to the end of the right posterior lobe.

Digestive system ( Fig. 10B View FIGURE 10 ). The buccal mass is small, highly muscularized, occupying the anterior two-thirds of the cephalic shield. The buccal bulb entirely lacks any vestige of a radula. There is a small dorsal oral gland and a large ventral one. At the posterior end of the buccal mass, near the junction with the crop, is a pair of elongate salivary glands. The crop is small and saccate, smaller than the buccal bulb. The crop narrows posteriorly and enters the digestive gland. The intestine emerges from the right side of the digestive gland and terminates near the posterior end of the body near the base of the gill.

Reproductive system ( Fig. 10D, E–H View FIGURE 10 ). The arrangement of reproductive organs is a modified monaulic system ( Fig. 10D View FIGURE 10 ). From the large ovotestis, which is intermingled with the digestive gland, emerges the slightly convoluted ampulla. The ampulla narrows into the hermaphroditic duct, which curves around the receptaculum seminis and enters short, coiled albumen and membrane glands with a single duct. The hermaphroditic duct may have a portion that widens that may function as a proximal receptaculum seminis. The larger mucous gland is straight or curved with a massive primary lobe. The hermaphroditic duct then joins the duct of the elongate receptaculum seminis and continues to the genital atrium where it joins the duct of the bursa copulatrix. The bursa is large and spherical. Its duct is narrow and elongate and does not widen at the genital atrium. From the genital atrium the open, ciliated sperm groove leads to the cephalic penis. The penis is somewhat variable in shape ( Fig. 10E–H View FIGURE 10 ), but consists of a penial sac and a lobate prostate gland that is joined to the penial sac by a wide duct. Within the penial sac is a large penial papilla that is smooth and conical. The penial papilla is devoid of any armature.

Remarks. Chelidonura alisonae   is externally similar to the sympatric Chelidonura hirundinina ( Quoy and Gaimard, 1832)   and has often been misidentified with this species ( Kay 1979; Bertsch and Johnson 1981; Rudman, 2007). Despite this similarity, there are consistent differences in external anatomy, which clearly distinguish these species. Both species have a black to brown body. Chelidonura hirundinina   is quite variable in color but has a broad horizontal anterior yellowish or orange band. Behind this band is another blue or whitish transverse band that has a perpendicular connection to a mid-dorsal band of the same color that may extend to the posterior end of the cephalic shield or may run just to its midsection. Most often there is a transverse opaque white crescent-shaped patch across the posterior shield, but this is occasionally absent. Generally, the parapodial margins are ornamented with a bright blue line, but occasionally this line is more greenish in color. There is a variable arrangement of orange lines on the cephalic shield, parapodia and posterior shield, but these lines never form a reticulating network as in C. alisonae   . In contrast, C. alisonae   always has a pair of blue spots on the head that is each surrounded by orange lines. No T-shaped opaque white or blue lines are present on the cephalic shield. An anterior blue patch rather than a yellow or orange one is present at the anterior end of the head. Chelidonura alisonae   always has orange lines that form a reticulated network on the foot, but occasionally also on the posterior shield. The parapodial margins are ornamented with isolated blue spots rather than a continuous blue line. The posterior extensions of the posterior shield of C. hirundinina   are always more elongate and finely tapered than those of C. alisonae   .

Pittman and Fiene (2009) have never observed copulation between specimens of C. hirundinina   and C. alisonae   .

We have conducted preliminary molecular studies (Camacho-Garcia, Gatdula & Gosliner personal communication.), using H3 nuclear and COI mitochondrial genes. In these studies, Caribbean and Indo-Pacific specimens of C. hirundinina   cluster together, while a specimen of C. alisonae   (CASIZ 165872) clusters with Navanax sp.   ( Gosliner et al. 2008: 48, bottom photo) and members of the Chelidonura inornata   complex. Chelidonura alisonae   differs from Caribbean and Australian specimens of C. hirundinina   in its COI gene by 23% of its base-pairs.

Independent lines of evidence from external and internal morphology, species mate recognition systems and molecular markers clearly support the distinctness of C. alisonae   from C. hirundinina   and all other described species of Chelidonura   . 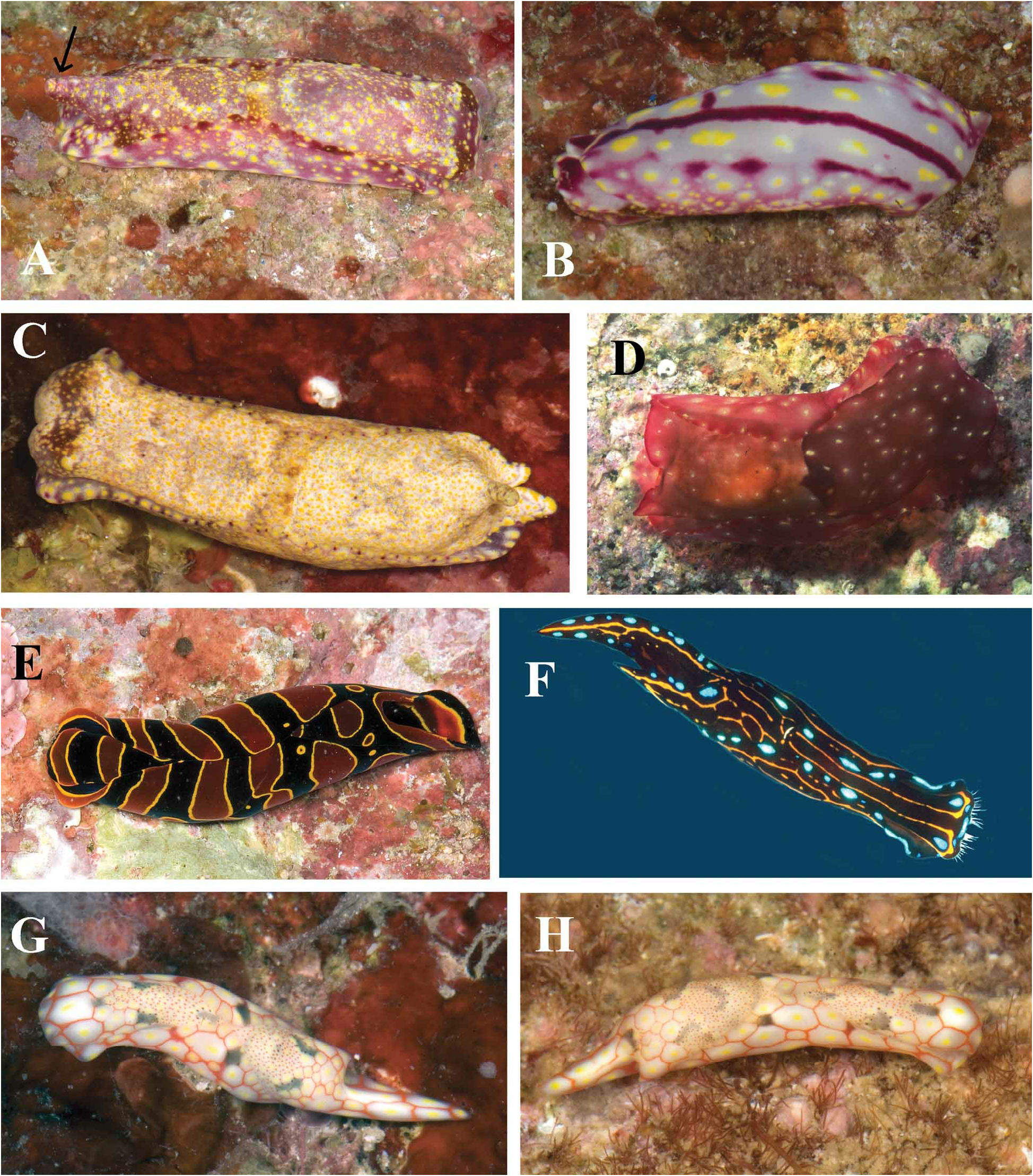 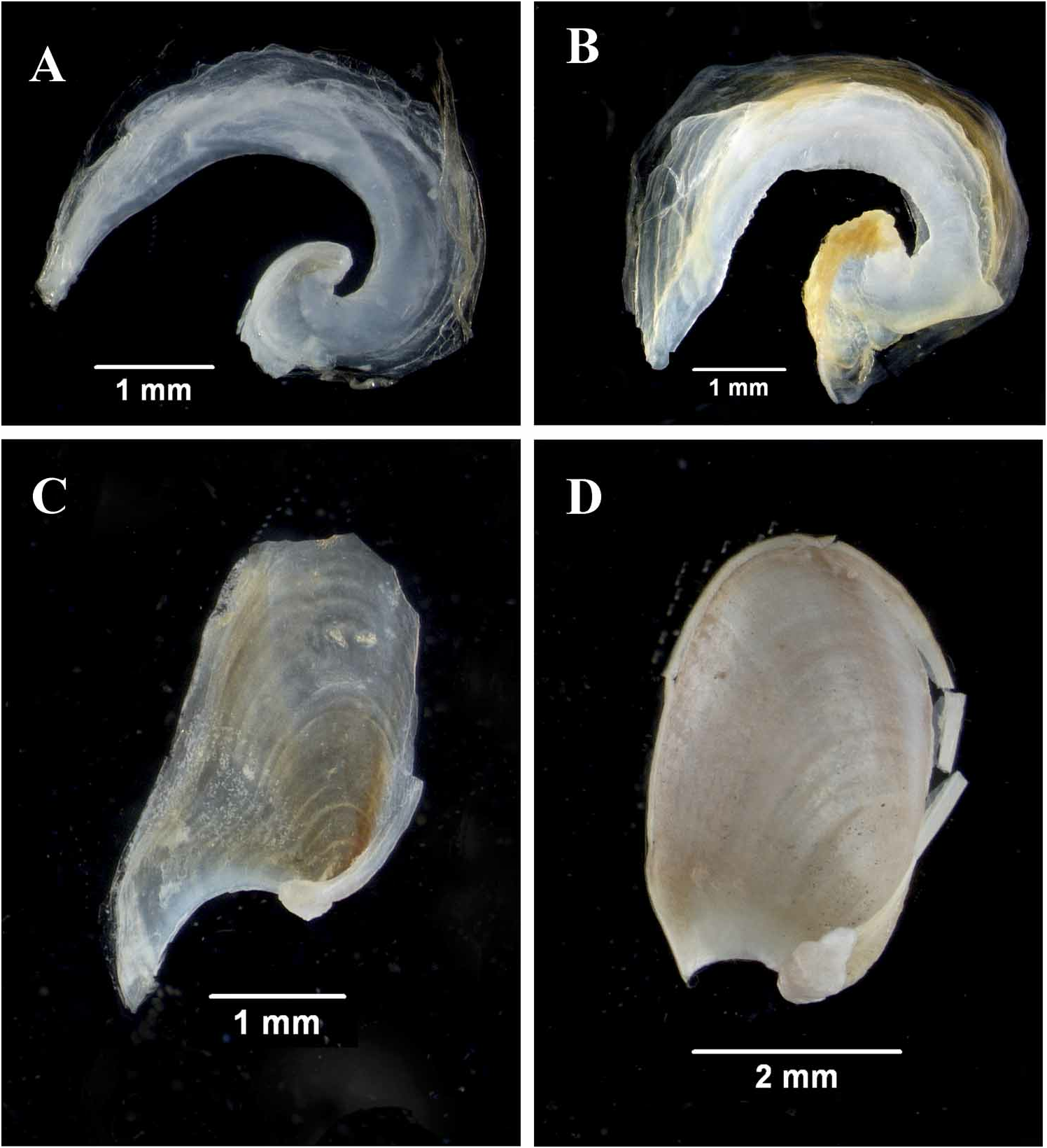 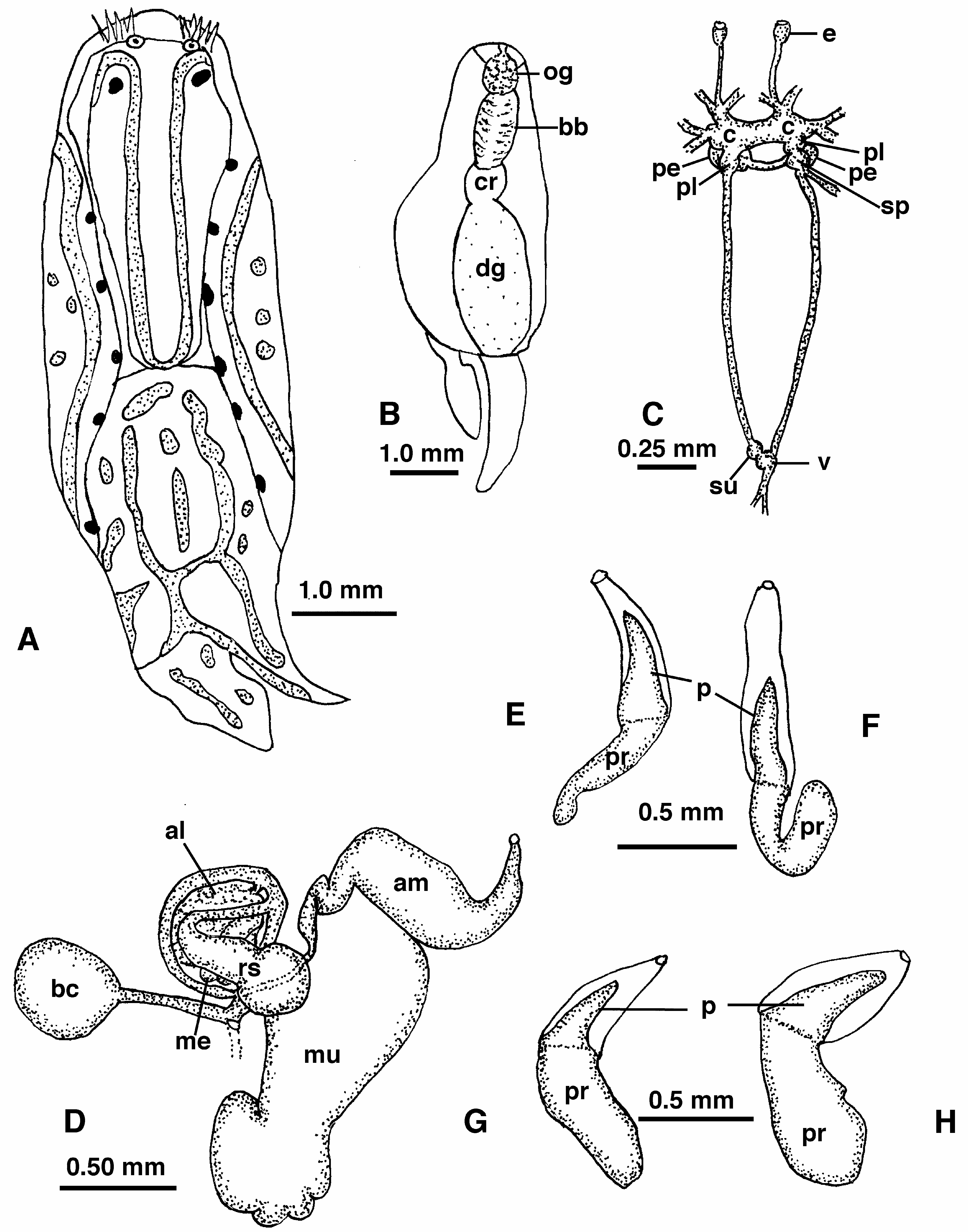