Lavanono, after the type locality, spiny forests directly next to the Lavanono Beach (Fig. 2View Figure 2). Noun in apposition.

Head: each eye with 28-32 ommatidia in six rows. Incisura lateralis open (Fig. 7AView Figure 7). Labrum with standard three irregular teeth and a single row of 10-12 stout marginal setae. Clypeus with two setiferous foveolae on each side. Antennae long, protruding back to segment 5. Length of antennomeres: 1<2>3>4=5=6. Terminal antennomere with four large sensory cones located together inside a membranous area. Antennomere 5 and 6 latero-apically with sensilla basiconica.

Gnathochilarium: lamellae linguales each with two standard setae located behind one another. Stipites each with three apical setae. Endochilarium not dissected.

Body rings: ozopores starting at segment 6, marked by a black spot. Located on suture between meso- and metazonite. Rings with smooth, but irregular coriaceous surface, ventrally on metazona with transverse ridges.

Specimens of the same population differing between 45-47 in segment number. Females appear to be more brownish than the more greyish males.

R. lavanono  sp. nov. could be found in great numbers after a rainy day in the late afternoon (3-5 p.m.) in a small remnant of spiny bush and under dead Opuntia  remains. The specimens were only encountered in an area of a few square meters in view of the coast. Contrary to other Riotintobolus  species, such as R. mandenensis  and R. minutus  , R. lavanono  sp. nov. did not remain stiff like a stick when disturbed, but rolled-up into a spiral. 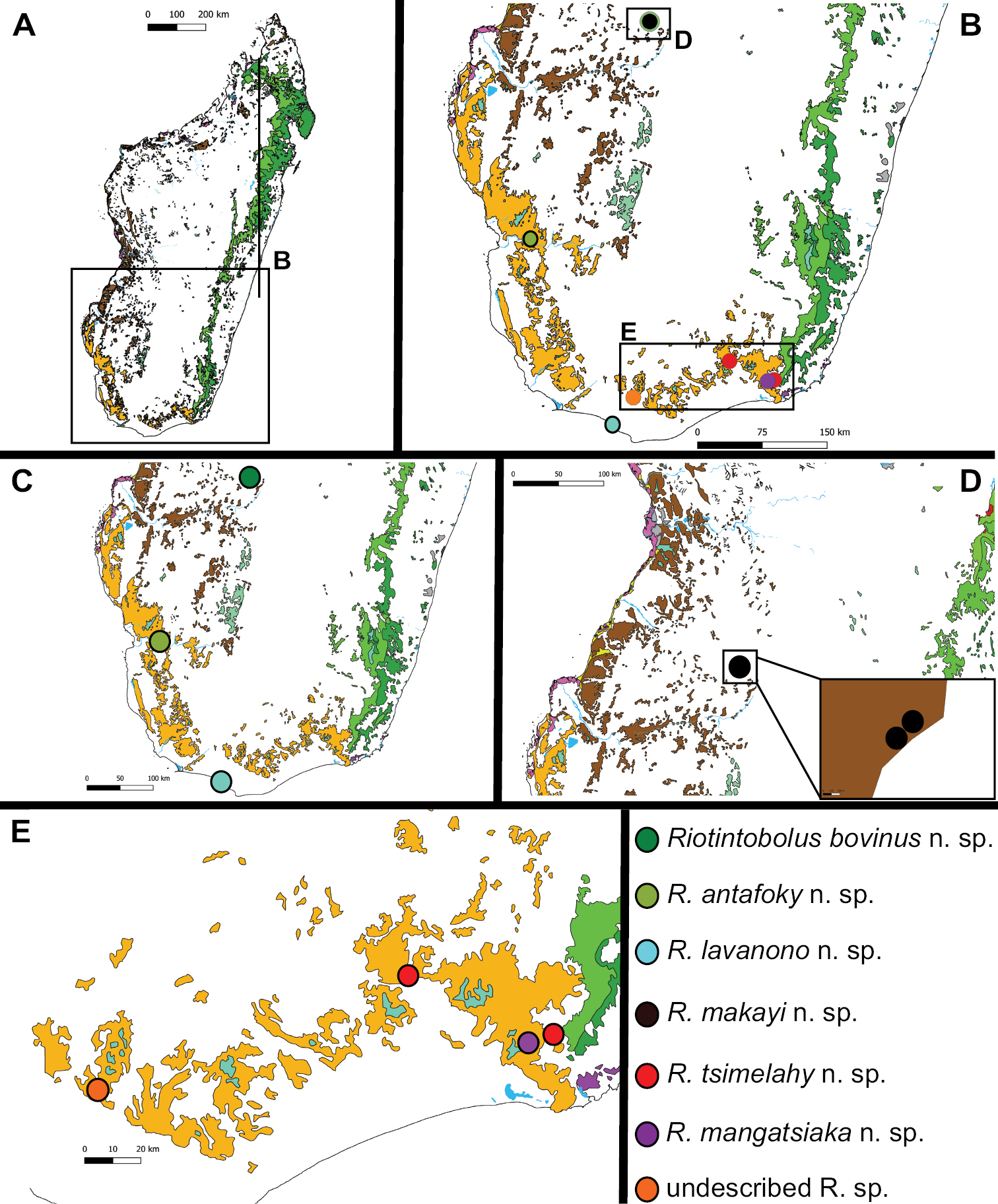 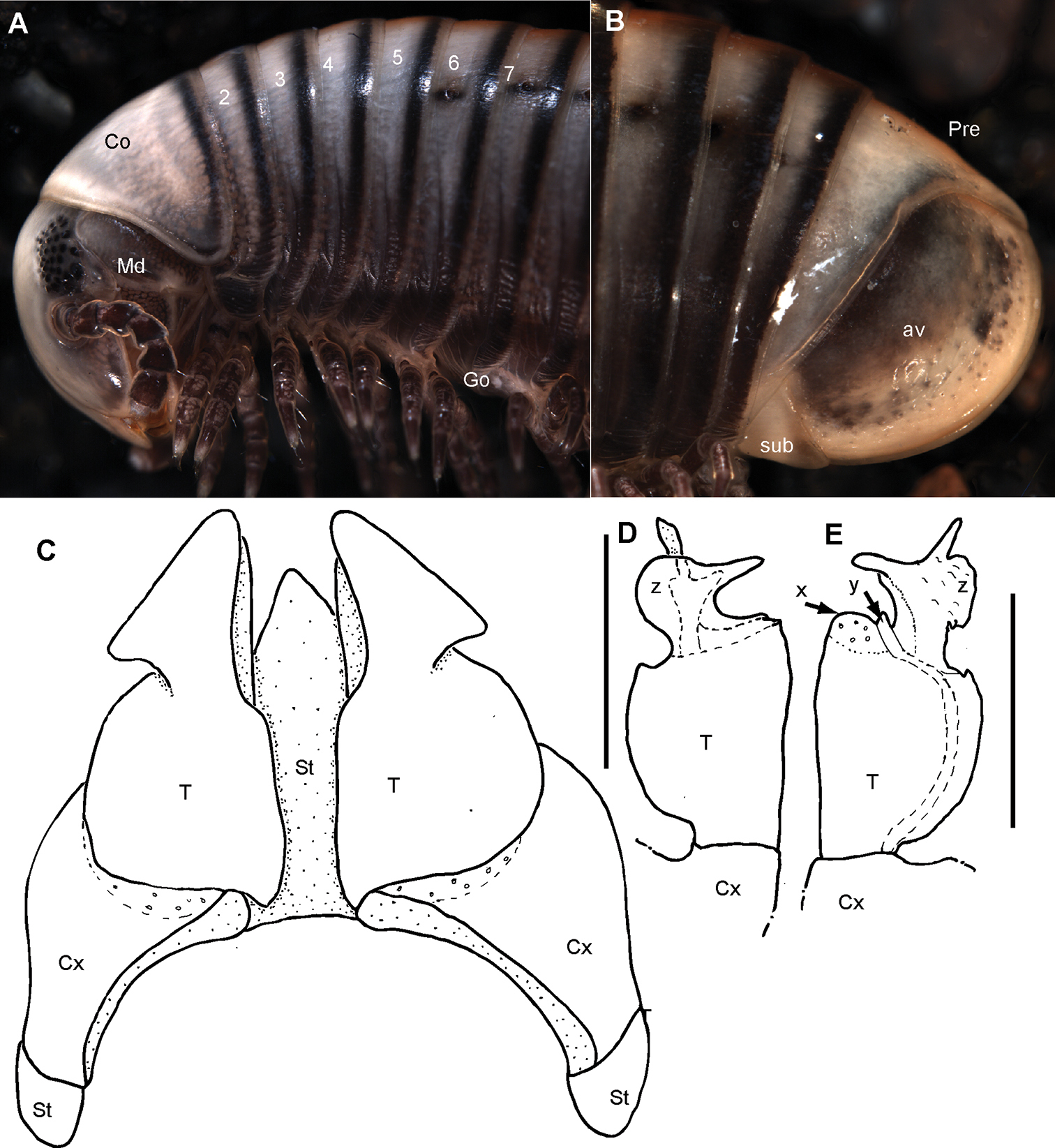