Remarks. Species groups of Traumatomutilla with small-bodied species tend to have the head posteriorly armed with tubercles, while larger Traumatomutilla lack these tubercles and have mesosomal armature. Interestingly, the small bodied T. pilkingtoni   resembles small bodied members of the trochanterata and inermis groups but lacks head tubercles and various other traits. It does not, however, possess the diagnostic traits of any larger bodied groups either. In its lack of diagnostic features, it is somewhat similar to T. diabolica   , which lives in similar habitats in Argentina, but these two species differ in other important Traumatomutilla features: head shape, T 1 shape, pygidium shape and sculpture, number of spots, tergal fringes, etc. As in T. diabolica   , eventual discovery of the male will be necessary to understand its relations to other species groups. 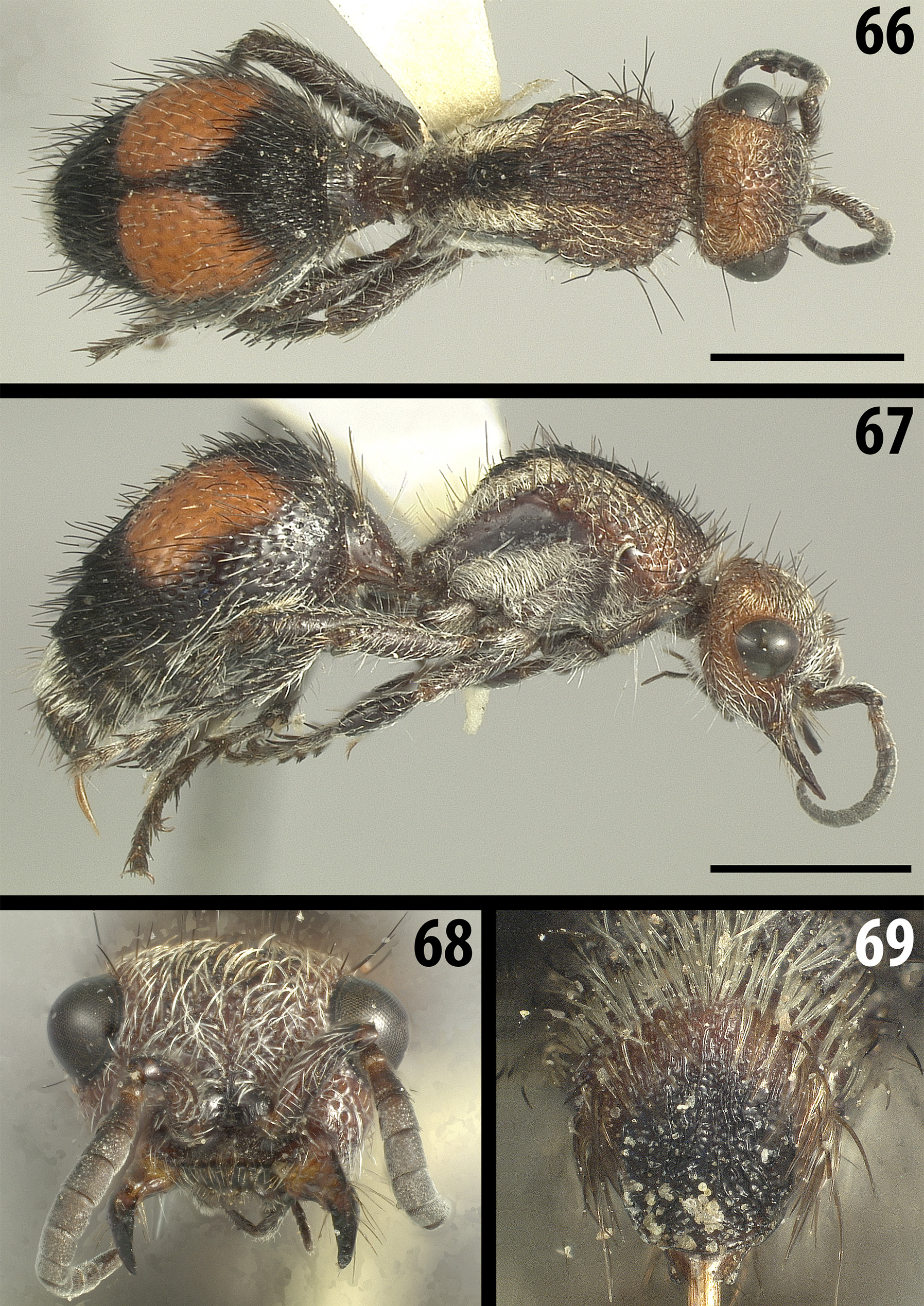