Reproduction: Several individuals with developing radiolar crowns and variable number of thoracic segments (3–7) were found within tubes of adults, indicating intratubular direct larval development. In these offspring, radioles are rudimentary (as small, rounded protuberances or short, digitiform radioles without pinnules) and thorax is not completely formed (few chaetigers are present and the first three thoracic segments are narrower and shorter than rest of the body). Ripe males or hermaphrodites were not found in the hundreds of examined specimens, but packages of germ cells were observed in abdominal segments A1–A3 ( Fig. 5A, G View FIGURE 5 ). Oogenesis was observed only in abdominal segments A1–A3. Oocytes measured 37–50 μm in diameter, and few oocytes (three per specimen) were found in abdominal segments A1–A3 ( Fig. 5G, I View FIGURE 5 ).

Remarks. Cochrane (2003) recognized a group of small-sized Euchone   species with snowflake pinnular arrangement and the presence of three chaetigers in the pre-pygidial depression named by her as ‘Chiade’. This clade is composed of E. trilobata ( Banse, 1957)   from the Falkland Islands, E. incolor Hartman, 1965   from off New England, E. hancocki Banse, 1970   from southern California, E. scotiarum Hartman, 1978   from Antarctica, and Euchone   x sensu Cochrane, 2000 from the North Sea and the Norwegian Sea. These species of ‘Chiade’ differ in the number of abdominal segments anterior to pre-pygidial depression and on the presence of glandular ridges similar to that in thoracic chaetiger 2, but also present in some abdominal chaetigers. Abdominal glandular ridges are present in E. incolor   (pre-chaetal on third abdominal chaetiger), E. hancocki   (post-chaetal on first abdominal chaetiger) and Euchone   x (pre-chaetal on third abdominal chaetiger). Euchone trilobata   do not have abdominal glandular ridges and these were not described or corroborated in E. scotiarium ( Banse 1957)   . However, specimens from Hawaii here studied are unique among all the species of ‘Chiade’ by the presence of an oblique, broad belt on third abdominal chaetiger.

A similar abdominal belt was reported for Amphicorina bicincta ( Ozolinsh, 1988)   and an undescribed species of Amphicorina   from Chukchi Sea (Leslie Harris pers. com.). In their review of Oriopsis, Giangrande et al. (1999: 196)   emphasized that A. bicincta   probably belongs to a new genus. Amphicorina bicincta   and E. moeone   n. sp. are similar in relation to the presence and shape of the oblique abdominal belt on third abdominal chaetiger and presence of three pairs of radioles but these are readily distinguished by the presence of a broad glandular ridge on thoracic chaetiger 2 in A. bicincta   (narrow in E. moeone   n. sp.) (see Table 1 for a detailed comparison).

Terebrasabella heterouncinata Fitzhugh & Rouse, 1999   has one pair of densely ciliated sperm ducts present along the posterior margin of thoracic chaetiger 8. These ducts are located ventro-laterally, just posterior to neuropodial uncini, extending dorsally and sometimes slightly anteriorly as low ridges; these ducts terminate at the lateral margins of faecal grove ( Fitzhugh & Rouse 1999). Reviewing SEM images by Fitzhugh & Rouse (1999: fig. 5), there is a great external similarity between sperm ducts of Terebrasabella   and the belt of the new genus located on abdominal segment 3. Both are low ridges and terminate on lateral margins of the faecal groove. To date, spermatozoa have not been observed in the new Hawaiian genus.

Etymology. The new species epithet derives from the Hawaiian language and the implied meaning of moeone in Hawaiian   is ‘small worm that hides in the sand’.

Distribution. The type locality is Mamala Bay, Oahu, Hawaii at the vicinity of Barbers Point sewage outfall at 70 m. This species has also been collected at Ala Wai Canal, Kailua Bay, and Waianae on Oahu from shallow subtidal to up to 100 m in fine and medium sand. 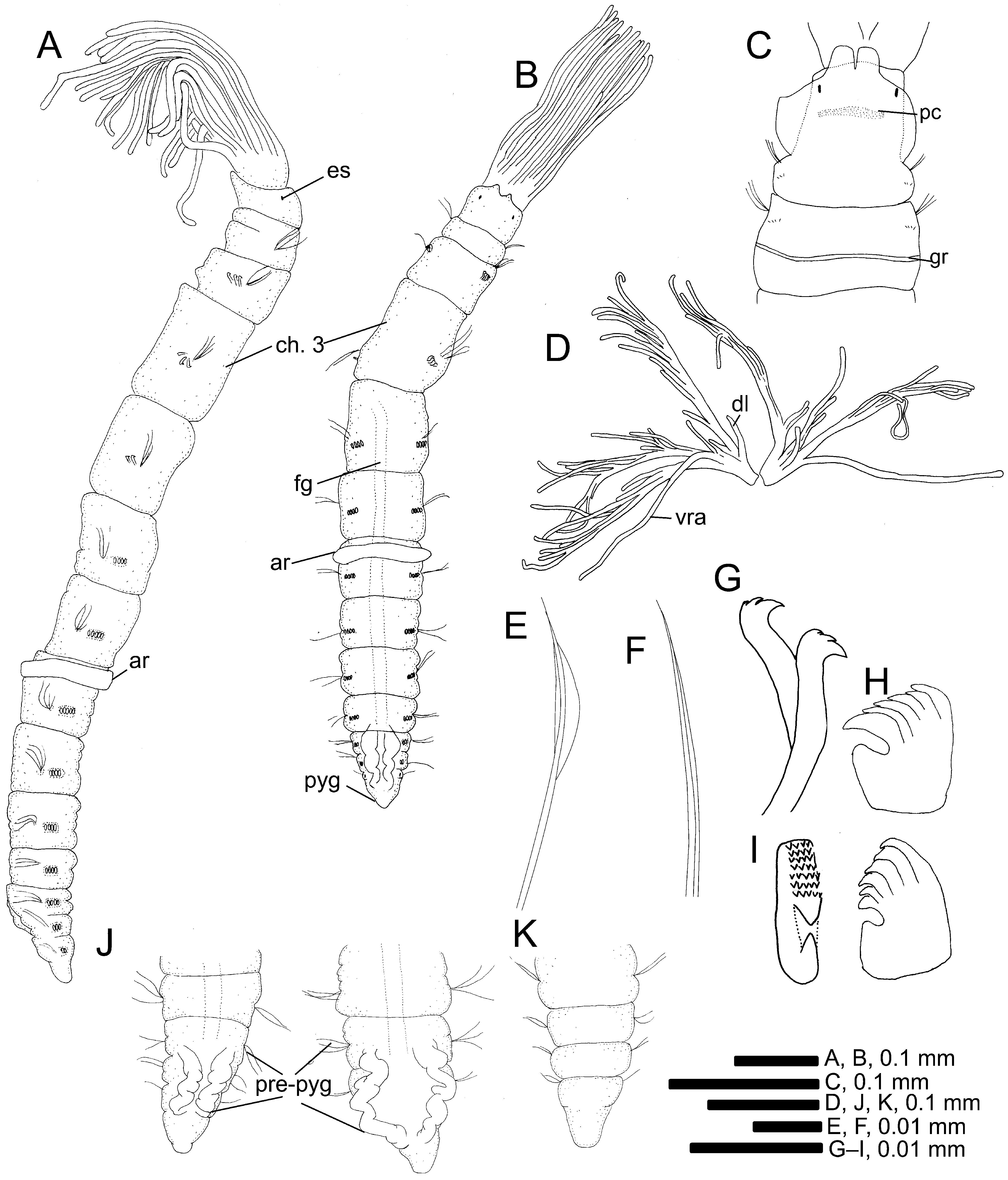 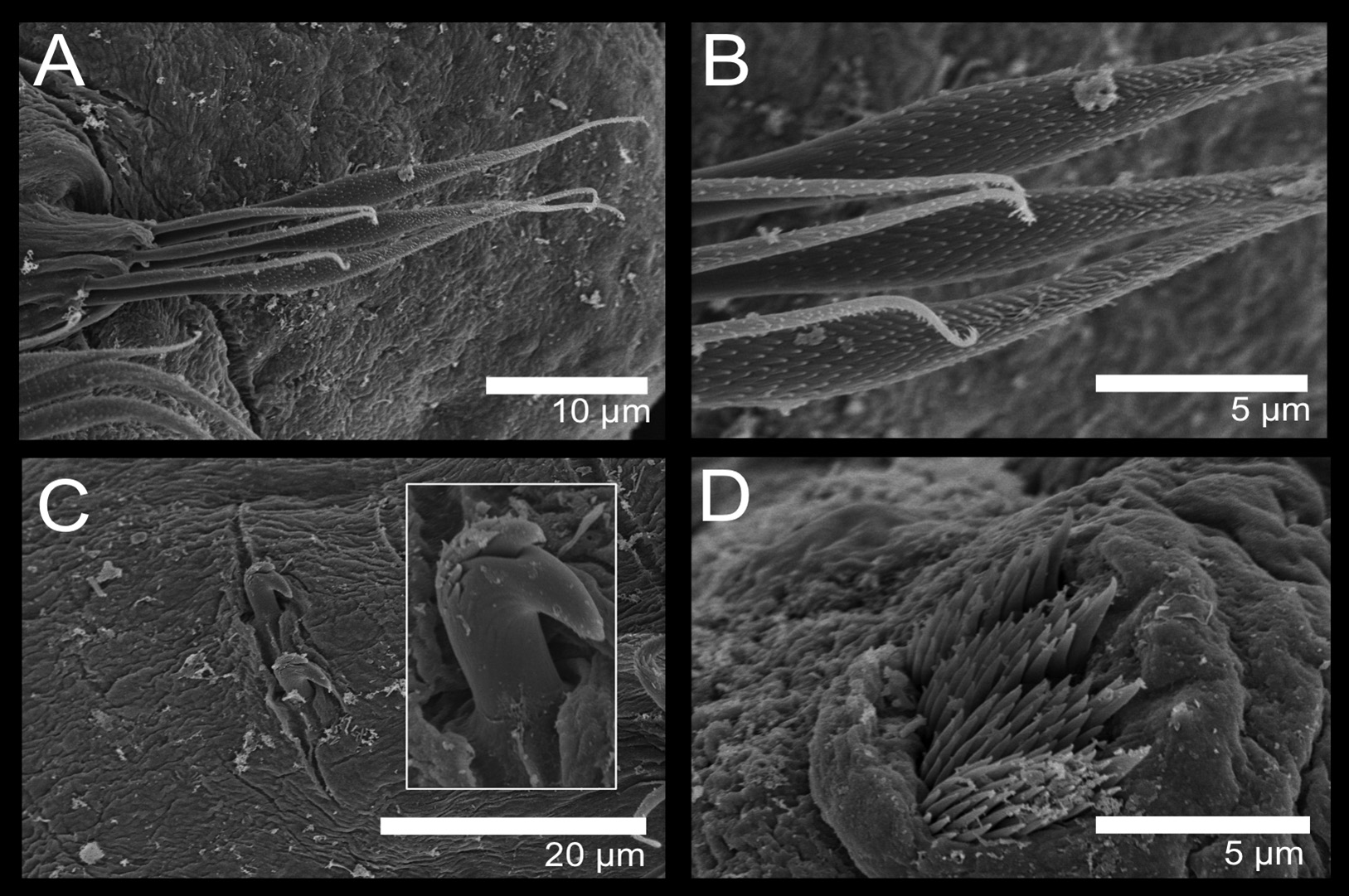 FIGURE 6. Pattern of abundance of Euchonoides moeone n. sp. along the Barbers Point ocean outfall sampling stations from 1990 to 2016. Stations HB2 through HB6 are located in the zone of initial dilution and stations HB1 and HB7 are reference stations.

FIGURE 6. Pattern of abundance of Euchonoides moeone n. sp. along the Barbers Point ocean outfall sampling stations from 1990 to 2016. Stations HB2 through HB6 are located in the zone of initial dilution and stations HB1 and HB7 are reference stations.