The Cunene is a major, perennial and independent river that arises from the Angolan central highlands of Bié and flows southward towards the Namibian border, shortly before it turns west and breaches the coastal mountain ranges (Zebra and Baynes Mountains) to drain into the Atlantic. In the section between Ruacana Falls and Epupa Falls, water level was regulated by a hydroelectric company (NamPower) at Ruacana Falls. The Ruacana Falls were bare rock and completely dry, apparently because the water dammed above Ruacana Falls (Calueque Dam) was all fed into the hydroelectric power turbines. When the water level below the dam was kept high, fishing with gill nets and other methods generally proved unproductive. The Epupa Falls consist of a main fall with many lesser falls beside this over a wide front, and mormyrid EODs were demonstrated with an electro-acoustic, custom-built “fish detector” also below the Falls although the fish were not caught. Although we were warned of a high incidence of crocodiles we saw only a few, and no hippopotami. River borders were covered mainly by dense semi-aquatic shrubs at Epupa Falls, and dense reed beds also with shrubs at Ruacana Falls. Palm trees (Makalani palms) were common at Epupa, much less so at Ruacana where dicotyledonous trees dominated.

At present known only from the lower Cunene River, from just below Ruacana Falls to the Cunene mouth. This river section forms the Angolan/Namibian border   .

Closest relationships are assumed with M. altisambesi   to the east of M. multisquamatus   sp. nov. on the basis of morphological similarity, EODs and genetics.

Marcusenius multisquamatus   sp. nov. refers to the highest number of lateral line scales among the different forms of southern African bulldog fish (excluding the three Mossamedes / Cunene specimens ( BMNH 1907.6.29.231–233) from any location on the Cunene up to 300 km north of the Angolan/Namibian border)   . 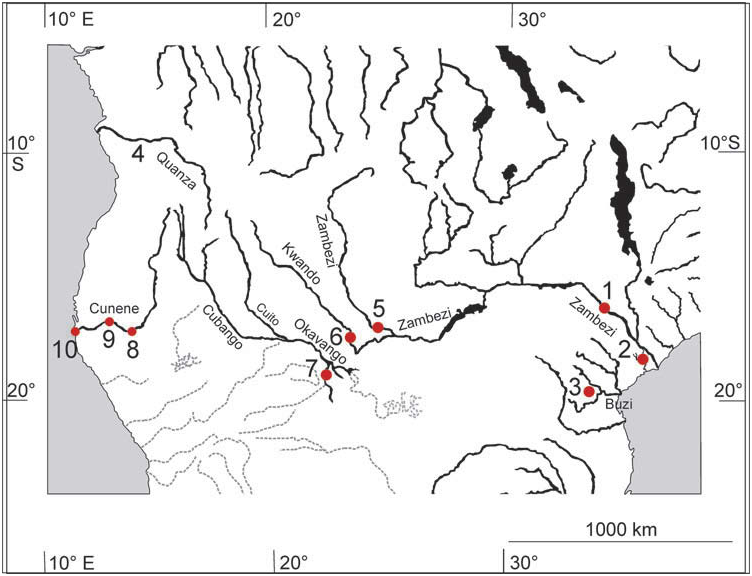 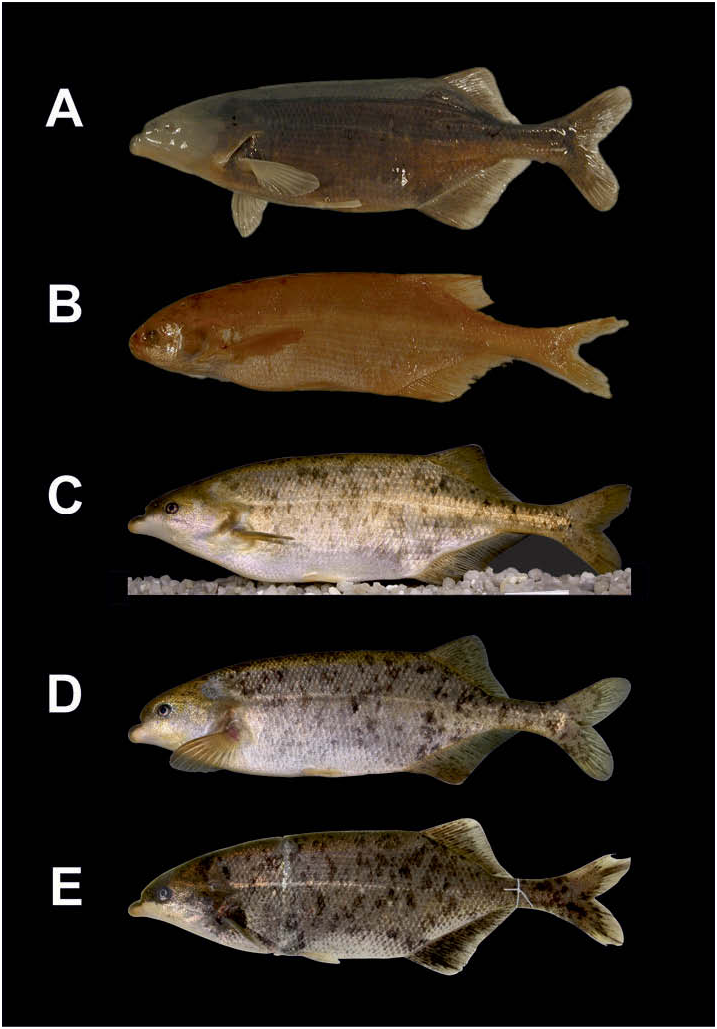 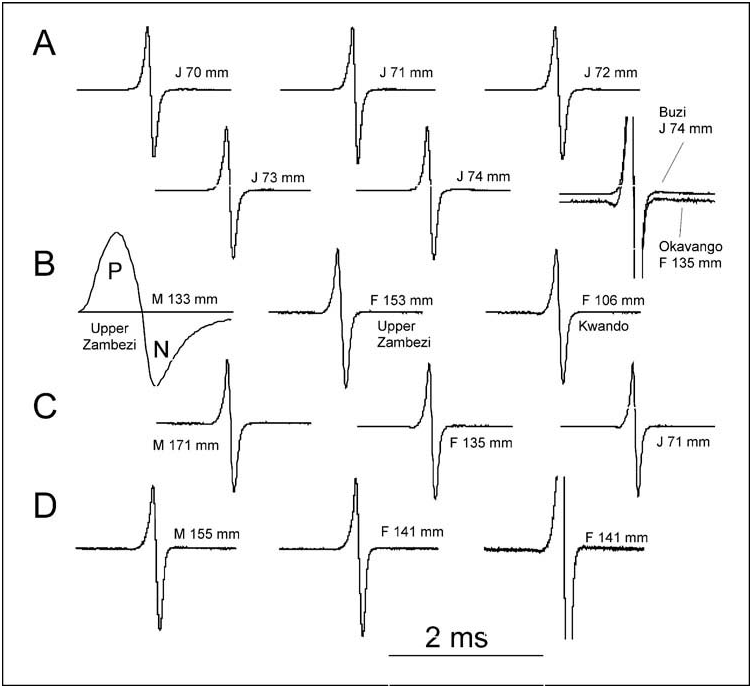