Hodgson, Chris, 2012, Comparison of the morphology of the adult males of the rhizoecine, phenacoccine and pseudococcine mealybugs (Hemiptera: Sternorrhyncha: Coccoidea), with the recognition of the family Rhizoecidae Williams 3291, Zootaxa 3291 (1), pp. 1-79: 67-69

The adult male of M. hirsutus   has been described twice previously, firstly by Afifi (1968, from Egypt) and then again by Miller (1999, probably from the New World). The specimens figured here (from Iran, Khuzetan Prov., Ahvar, Hibiscus sp.   ( Malvaceae   ), June 2011, M. Esfandiari (BMNH)) are very similar to these two descriptions, differing in only a few small particulars (only 2 sensoria on each wing rather than 3; presence of pleural setae and loculate pores marginally on the metathorax (absent); loculate pores generally present marginally on abdominal segments I–VII (only occasionally present on these segments)). The male of M. hirsutus   is typical of the Pseudococcinae   except that there are no ventral lobes along the margin of the ventral slit on the penial sheath, as noted above on P. glaucus   and below on Promyrmococcus dilli Williams. In   the analysis of Hardy et al. (2008), Maconellicoccus   was sister to all of the other genera included in the Pseudococcinae   . 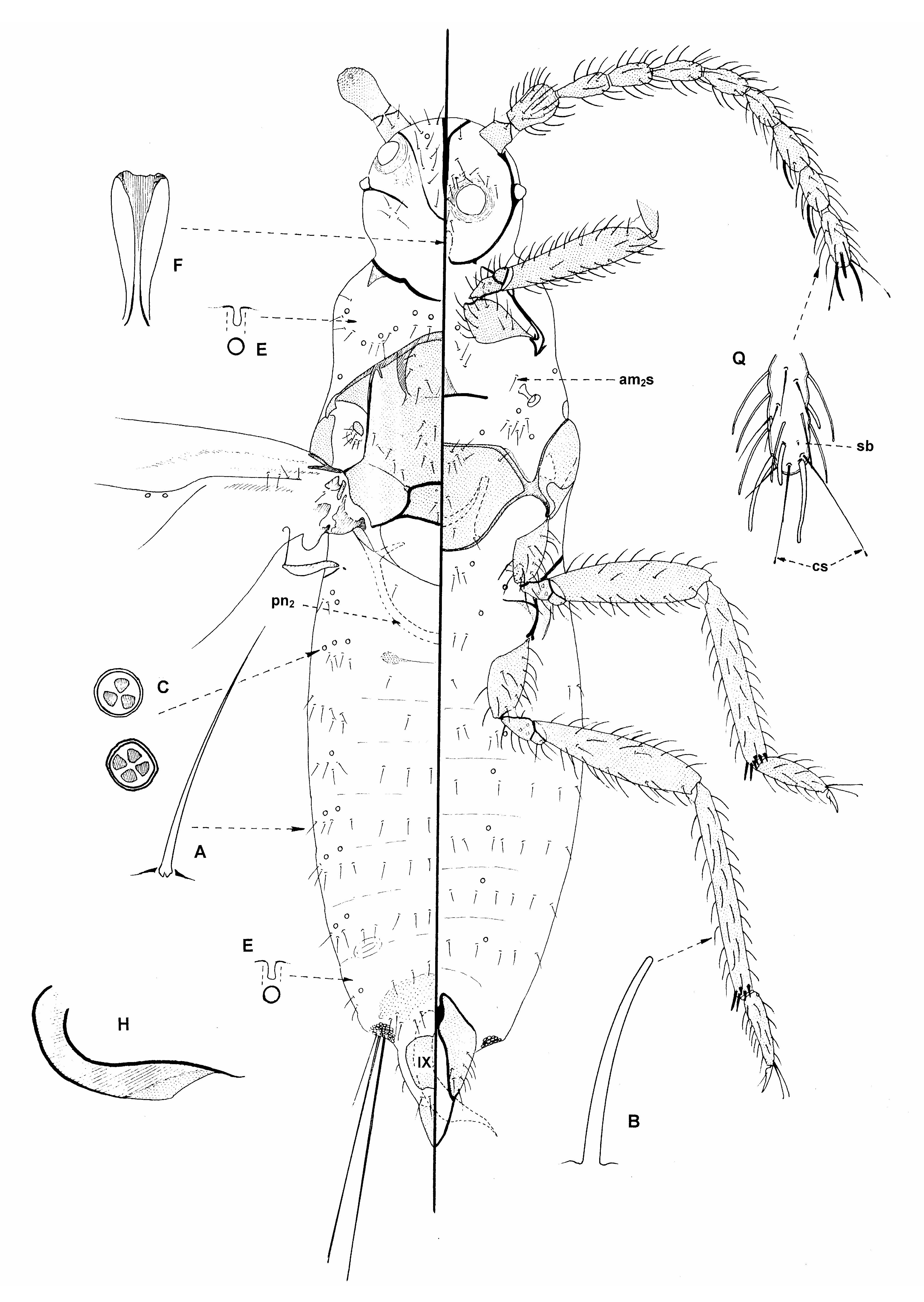