Diagnosis. Distinguished from all other known Plectranthias species in having the following combination of characters: dorsal rays X,15; fourth dorsal spine longest; pectoral rays 13, all unbranched; lateral line complete, with 29-30 scales; predorsal scales extend anteriorly only to middle of interorbital (above vertical through mid-pupil); at least some anterior scales with basal cteni; ventral edge of preopercle with two enlarged antrorse serrations.

Remarks. This species has similar fresh coloration to several other species, including P. wheeleri , P. helenae Randall (1980) , P. maekawa Wada, Senou & Motomura (2018) and P. purpuralepis Tang & Ho (2020) . It is readily distinguished from these species in having the fourth (versus third) dorsal spine longest, and 13 unbranched pectoral rays (versus mostly branched rays, 13 in P. wheeleri , 14 in P. helenae and P. maekawa , and 14–15 in P. purpuralepis ). It further differs from P. purpuralepis in having fewer segmented dorsal rays (15 versus 16–17) and fewer tubed lateral-line scales (29–30 versus 33–36). The purple-grey blotches on the head and body following preservation are unusual for the genus. Similar coloration is otherwise known only from P. purpuralepis from Taiwan and represents a possible synapomorphy. If so, the two species display an anti-equatorial distribution pattern ( Randall 1982).

Our account for this species is based on a specimen collected in 298–307 m from a large seamount north of Middleton Reef on the Lord Howe Rise ( Figure 7 View FIGURE 7 ). The specimen is distorted, with its head displaced upwards and mouth wide open. Although an attempt was made to correct for distortion, some morphometric data for the specimen may not be accurate ( Table 18). The species also occurs on the Norfolk and Kermadec Ridges ( Williams et al. 2006; C.D. Roberts, pers. comm.), and will be formally described by C.D. Roberts and A.C. Gill, based on specimens from the Kermadec Islands. 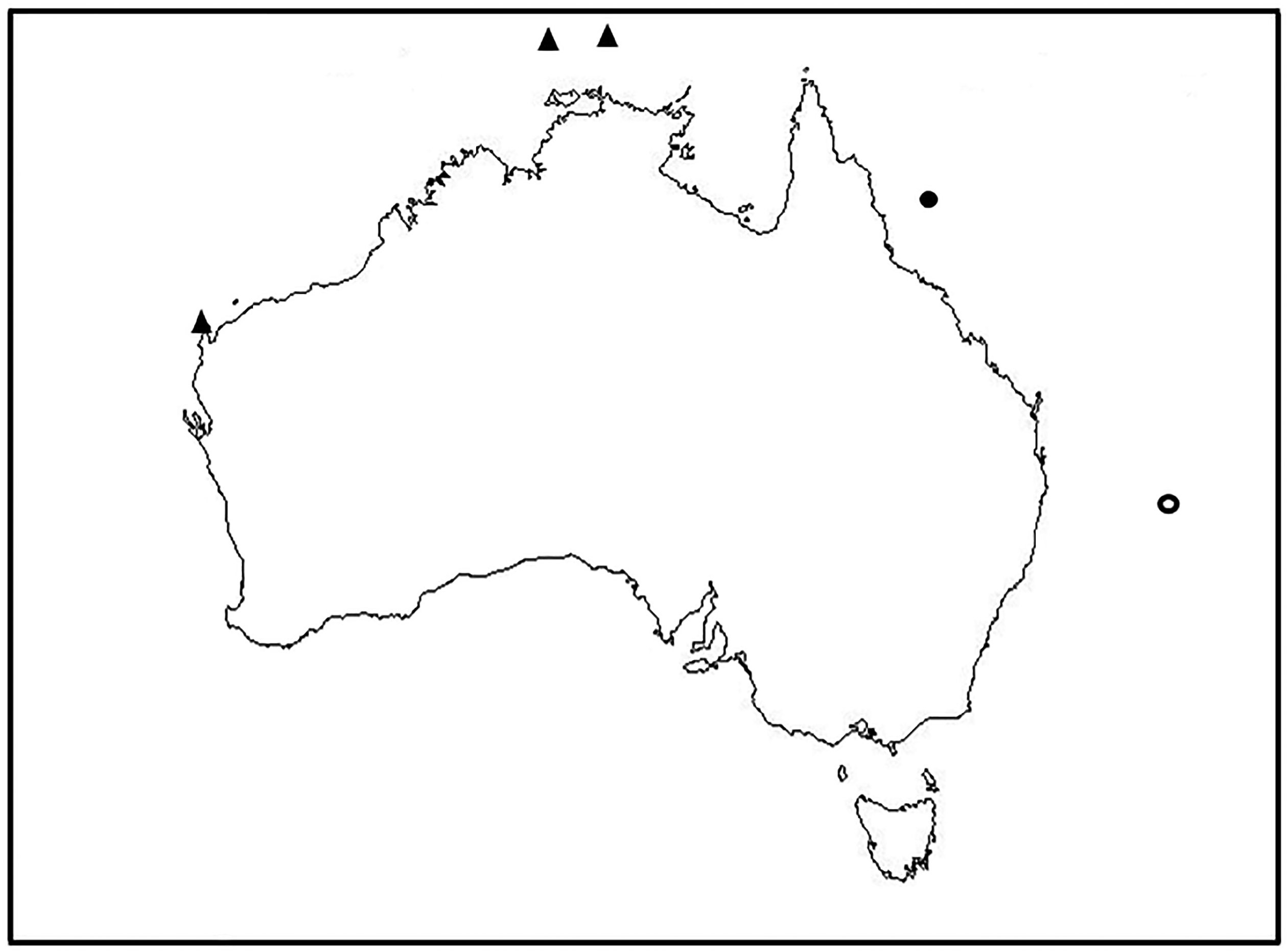